Reviewed by one of the people I collaborate with over on {R}emnants http://flip.it/lBIlp a Flipboard curated by several people, including myself. 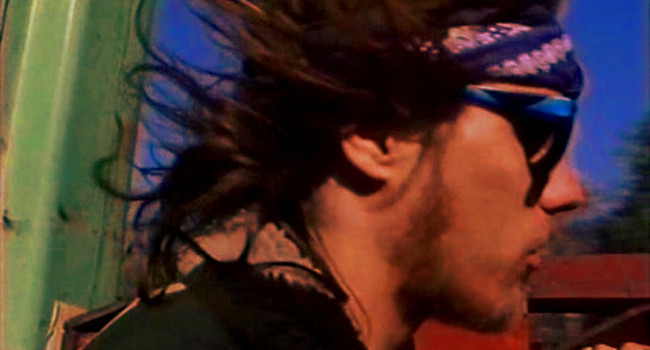 John T. Davis’s 1992 documentary, Hobo, finds the BBC filmmaker tagging along with a modern day train-hopper — a Vietnam vet who goes by the hobo handle of “Beargrease.” On their travels we learn about the century old symbol system that American itinerant workers still use to communicate important information to their travelling brothers and sisters. We’re also privy to the “Hobo code” which finds rail-riders respecting each other’s privacy while simultaneously watching each other’s backs. Here are a few words from the World Cinema site…

Irish director John T Davis stashes a camera in his bedroll, catches out, and rides the rails from Minneapolis to Seattle with Beargrease, a part-time hobo and full time philosopher, who narrates their way through the incredible scenery of the Northwest and gives us his views on life, liberty, and the pursuit of happiness. The pair meet up several other men living life on the margins: in particular a scene in which Duffy – an ex-corporate executive now living under a bridge in Spokane & collecting cans – describes how he got there is riveting.

Hobo is an American classic. I think is sums up what is wrong at times with the US and what makes the US great all at the same time.

Of course, the subculture this film illuminates makes it a perfect candidate for Insomnia. Come for a peek inside a fascinating group of anarchistic ramblers. Stay for the breathtaking scenes of a country that still offers treasures to those brave and reckless enough to strike out into her heart, abandoning all ties to the straight and square. Here’s Hobo…

dumpster harpy
is a thought of a unicorn a real thought?
Yesterday at 9:30 PM •••

Wheat2020
I'm about to buy a trowel and start digging catholes. I'm tired of waiting 30 minutes to take a shit and then having to force my intestines out all because I got constipated waiting for the bathroom.
Yesterday at 7:07 PM •••

Wheat2020
Is there an achievement for actually making Mormon missionaries STOP talking to you?
Wednesday at 10:22 AM •••