How to be happy with your Sat Nav (1 Viewer) 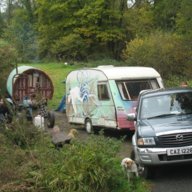 First thing to remember is, You Are In Charge. Sat Navs are not frightening because you are Human and can switch the thing off. The reverse is not the case. When you switch it off you will be absolutely No Worse Off Than You Were, you will Still Be Lost admittedly, but no more lost. You will probably be less distracted by the thing if you chuck a cloth over it, more able to take in your surroundings, see the big roadsigns, geographical features such as mountains and seas, people wearing distinctive national clothing, etc, and thus be less lost, or Better Off.

Second thing, turn the voice off. Once it has no pre-emptory, or seductive, voice, it is not commanding; it becomes something interesting you have read in a book; like a map. Those who know the Computers Run Amock scenario, think; if the 2001 computer hadn’t a voice – Don’t turn me off, Dave – or Dark Star’s recalcitrant bomb; pursuaded it was god – Let there be Light - once the voice is turned off it becomes like a well trained co-pilot; keeping on the right page of the atlas, providing information about speed cameras, funny road names, local trivia and points of interest, and absolutely no spoken opinions or weird shit. Without the voice it is just a clever map. (Ah, if only humanity had heeded the warning...Ed.)

Third, it has an incredibly funny function, it can speak to you, get this, In A Foreign Language. It’s a total scream. This has two main functions; one, some languages are hilarious, others sexy. Try French-Canadian for smooth, like melted chocolate poured in your ears, or Finnish or Swedish (if you are neither Finnish or Swedish) for a giggle. The other; if you are in France for instance, set it to French and you reap the twin benefits of hearing what is written on some of the forest of conflicting and often contradictory signposts adorning the French roadside; which can both hint at a possible onward direction, and provide useful grammar and syntax tips for commonly used driving terms when you eventually have to stop and ask.

Fourth, never set it for the actual address, unless you are feeling especially confident. Look up the address on Google maps, and pick a spot on the nearest main road. Find your own way from there, by driving round and round reading out roadsigns, or if you are a woman; asking someone who knows. That way it won’t take you to the hard shoulder of a motorway just because you live a long way down an unadopted road and this is nearer.

Fifth, make sure you know the difference between the functions ‘shortest distance’ and ‘fastest time’. One means motorways, the other farm-yards and river fords; no comment, just be prepared is all I’ll say.

Sixth, every now and again look up at the road. Although you can use it on maximum magnification as a kind of bend predictor, rather irritatingly the current sat nav is not a real time simulation, and has no cars/pedestrians/other inconvenient/bumpy obstacles. This can cause considerable surprise to all parties.

Seventh, use the ‘No U-Turns’ if you’re towing, and the ‘No Toll Roads’ to automatically miss out the Severn Bridge and the French ‘Peage’ toll road system. The French make new Peages on a rolling basis to defeat this function, but you can hit back with the ‘Detour’ button; although it is true to say that nobody will win this particular war.

Eighth, when used judiciously in conjunction with Google Maps, you can be fairly confident that when it insists there is a ‘road’, there actually is one.

Ninth, they’re really good at finding a way to a distant location in a distant country where you would otherwise be lost. Because you have no way of knowing if you are lost, you assume you aren’t and have a really relaxed drive. Often, you find totally new routes to old places and can spend the following year arguing over whether it was shorter than ‘the way we usually go’, which usually began near somewhere we no longer live.

Tenth, you can change the vehicle symbol, this can a) remind you you are driving a lorry/sports car/giant pair of walking boots, at crucial moments such as width restrictions/speed bumps/stairs, b) cause extra entertainment and make time fly in the vehicle while you investigate the various sub-menus trying to find the function whilst negotiating a boring contraflow.

Eleven. If you miss the suggested turning, it will ‘recalculate’ a new route, usually in time to miss the next usable turning. In an urban environment this can continue indefinitely so it can sometimes be useful to pull in, if it is convenient, with some reversing for preference. Then the sat nav will also be confused about which way you should take off again, spinning round and round like a drunken ballerina, starting the whole fun process again when you, dizzy and confused, head off completely the wrong way.

Twelve. You have to pay for updates; this is not a diabolical liberty, it is like getting your map resurfaced, cheap and convenient. Having said that, mine is 7 years old; 1) i’m cheapscate and won’t pay for a refresh 2) I believe the urban myth they’ve taken off the speed camera details; which paid for my sat nav within months in saved fines, 3) I enjoy coming upon completely discordant road systems, heading off across fields, fording great rivers, climbing any mountain, as it really confuses the sat nav and keeps me awake on long journeys.

Ten. Sometimes the sat nav will become lost. You should take this as the strongest reassurance that the thing is an idiot, no better than it should be, and is the cause of all your ills. Either use it as a non-interactive map for a bit, or if it becomes too confused, take it down, and lay it to rest in the glove box. Do not heed the little voice pleading, begging, asking forgiveness; punish the little beast, it’s all it deserves.
Last edited by a moderator: Feb 22, 2016

Haven't had one since phones got good alternatives but mostly I like those full country maps. I don't find you take anything in using GPS like you could drive somewhere 10 times but still not know where to go. .
You must log in or register to reply here.

Technology Sep 18, 2020
Tekamthi
Did i just win, or did i just disguise my psychosis