More Than 100 Overdose in One Connecticut Park

Police in the Connecticut city of New Haven have arrested one man in connection with a spate of synthetic marijuana overdoses that sickened scores of people at a park this week.

Two other people were arrested, including one New Haven man who police believe was involved, though they haven’t confirmed a link, Chief Anthony Campbell said. The third person was arrested on unspecified federal charges, officials said.

Campbell said some of the people who overdosed gave detectives names to investigate. Sometime this week, police arrested John Parker, 53, on charges of possession with intent to sell. Campbell said police found 32 bags of K2, or spice, in Parker’s home. He was also charged in connection with a February police operation.

The chief said Felix Melendez, 37, was also arrested. He is accused of possession of a controlled substance. Melendez was on probation for a prior conviction of selling K2 at the park.
https://wtvr.com/2018/08/16/us-drug...er-a-decade-cdc-reports/?utm_source=related_1
Almost all of the overdoses occurred on the New Haven Green, a large downtown park. Home to a historic burial ground, the park gets lots of foot traffic and is family-friendly with “elm trees, lawn and fountains. There’s even three churches inside the park,” David Hartman, a New Haven Police spokesman told CNN.

An official said there were 114 calls for people needing to go to a hospital this week. Campbell said there were no calls so far Friday. At least 10 people overdosed more than once and were transported by ambulance several times, he said.

Laurence Grotheer, the spokesman for the New Haven mayor, said not all transports were ruled as overdoses, adding that some of the transported patients were determined to have suffered heatstroke.

But just because police have caught one suspected dealer and there were no problems Friday doesn’t mean the crisis is over, the chief said. He said he hoped releasing the names and photos of the suspects as well as pictures of the K2 would prevent other people from overdosing.

“The evidence photos do not mean that we have seized all of the contaminated K2 that was out there,” he said. He wanted citizens who had purchased drugs to be aware. “We want people to be warned that what they have could be extremely dangerous.”

Authorities say they are unsure as to where the drugs came from, he said.

“We are continuing with the investigation to see how high up (the drug distribution goes) and trying to get to the source of it,” he said.

Synthetic cannabinoids like K2 are man-made chemicals that can be either sprayed on dried plants and smoked or sold as liquids to be inhaled in e-cigarettes or other devices.

They can be anywhere from 2 to 100 times more potent than THC, the psychoactive ingredient in marijuana, researchers have said. That wide range is because the drugs that are used change from batch to batch.

Synthetic marijuana has caused similar mass hospitalizations in one localized area in the past. In May, for example, 25 people were hospitalized in one area of Brooklyn, New York, after having negative reactions to what was believed to be K2, police said.

First responders in New Haven initially suspected the drugs were laced with some form of opioid, so they used Narcan, which combats opioid overdoses, on the patients.

New Haven is in southern Connecticut, about 80 miles from New York.

What the K2 was laced with 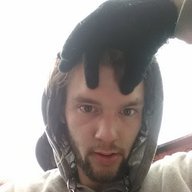 he probably just mixed it too strong and everyone with no tolerance freaked out, that fubinaca shizz is just another synthetic cannabinoid. i used to make my own spice when i was a teenager and had a couple people freak out cause i mixed it for my tolerance which was ridiculously high
•••

edited post to include article text. please try to do this in the future with news articles and add the 'news and blogs' prefix.


AAAutin said:
They overdosed; they didn't die.
Click to expand...

excellent point, moving thread to staying healthy section.
•••
You must log in or register to reply here.

Hitch-hiking, shoplifting, and other tales of my life as a teenage "freak" in the '70s

The mindset of punk + sobriety