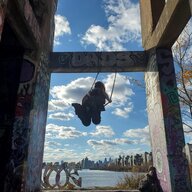 https://squattheplanet.com/threads/hayes-johnson-rapist.36103/
This is a post from 2 years ago about him but he's still out here, traveling and raping, so here's a new post and more updated info.

Word is he is likely in the southeast, possibly Nashville or Atlanta, heading west toward Cali, and that he's an active busker.

Here's an Instagram that has hella photos of him and hella first hand accounts from victims:


https://instagram.com/surviving_coolhandhayes?igshid=ajs4uqegyvu3
There are wayyy too many people coming forward about him doing the same things for there to be anyone commenting on this about "let's hear his side" or some kind of "misunderstanding" or "gray area". So if u got some whack shit like that to say, fucking don't.

I think if anyone sees him in public they should comment here, message that Instagram, and any other posts about him online so we can keep tabs until justice is served. And if u so choose to take justice into ur own hands, do not talk about it on the phone, via text or any other messages etc. Allegedly he has rich parents who will defend him to the ends of the earth. Phone conversations and any messages can be used as evidence. Be careful. 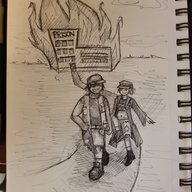 It looks like internet sources have been keeping a closer eye on him. Look at this one from September! 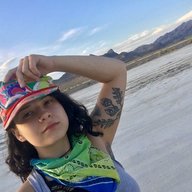