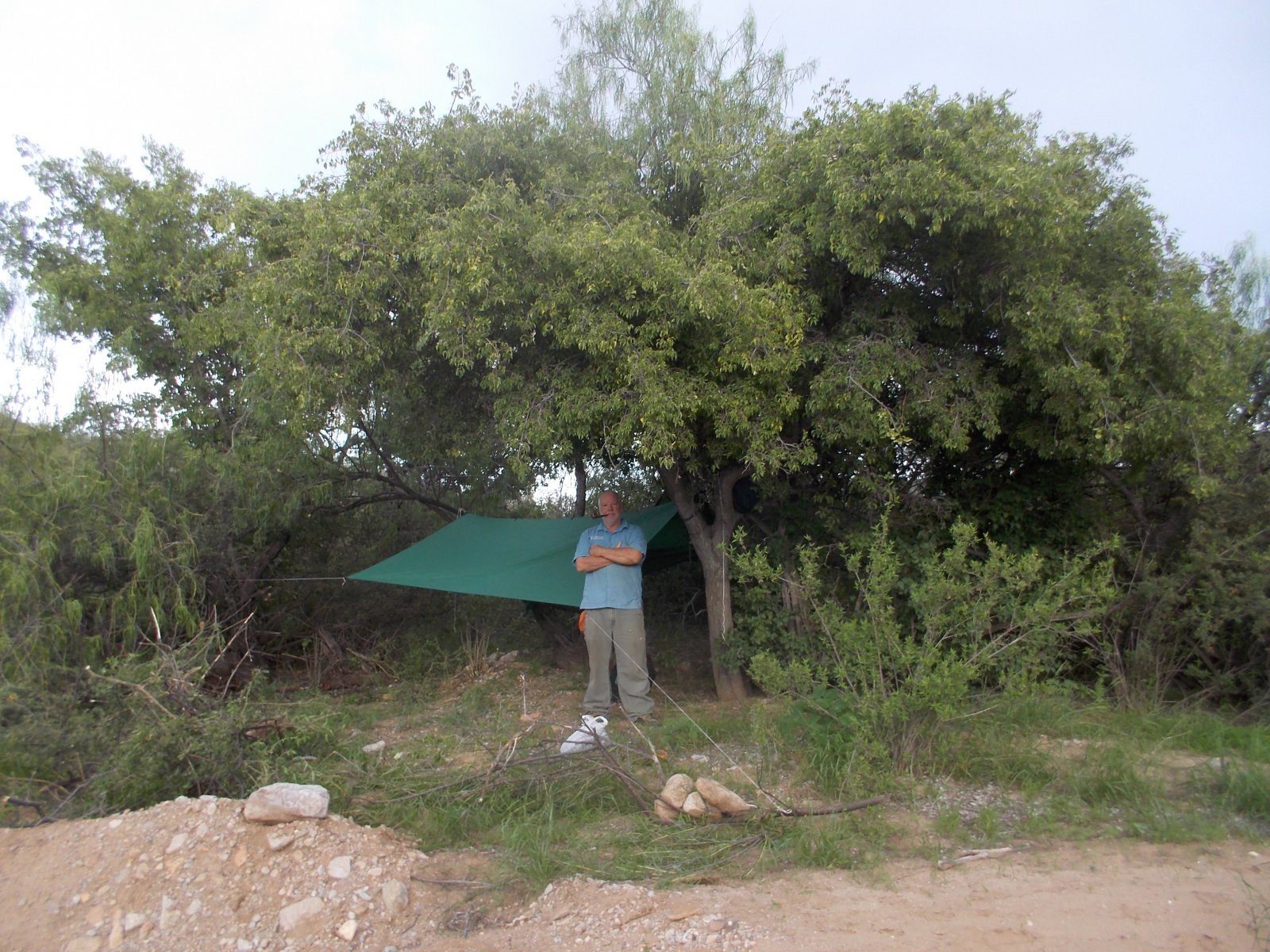 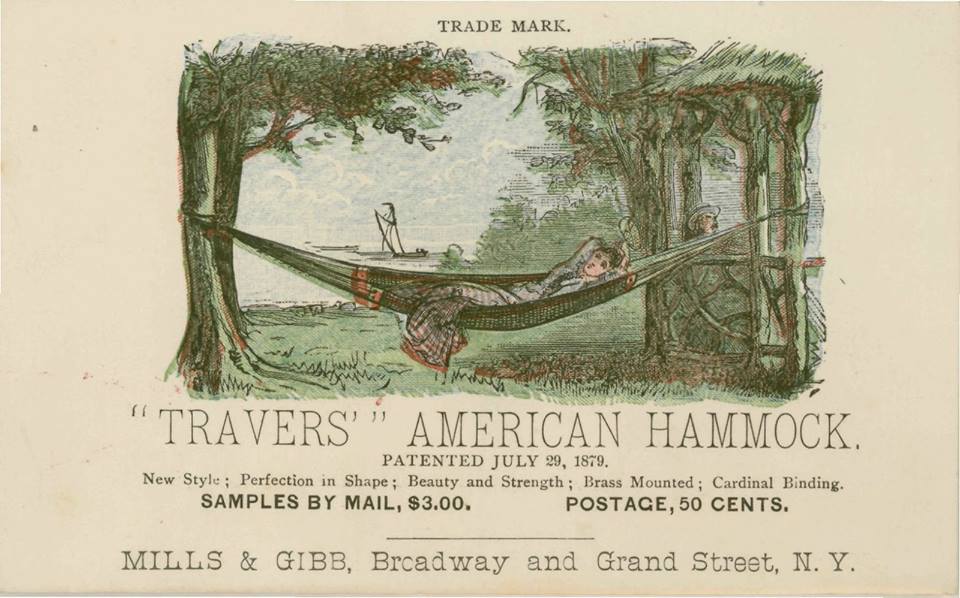 The Hammock is one of my favorite pieces of equipment for world travel. I always have a quality hammock and tarp in my bag when I hit the road. Having a hammock and tarp with me gives me a place to sleep, or build a base camp. Even when making short hitch hiking trips from the Jack Mountain field school to Presque Isle Maine, I had my hammock and tarp.

I busted into the woods and located 2 likely looking trees took out my hatchet and cut off the dead branches up to the height I wanted to set my tarp. I hung the tarp , then the hammock . Next I threw the only dry clothes I had with me (Cut off carhartt shorts , a hoody, and some smartwool socks) along with a large piece of parachute cloth I use as a "blanket". I also threw in my Nalgene bottle of water and some trail munchies.

Standing there in the waning light, soaked to the bone, it was cold and depressing. The thought of spending the next 12+ hours in a hammock under a tarp in the cold was not appealing. So, I stripped off my soaked clothes and hung them to drip "dry" by morning, then dried myself off as best as I could with a spare bandana. I was shivering as I pulled on the shorts, and hoody.

I crawled in , wrapped myself in the parachute cloth , ate my trail munchies and sipped water. It was going to be a long cold night. I tried to get my mind right by thinking about warm tropical climates, long flowing hair, and silk teddy’s bulging from their fleshy cargo.........I was so glad that I had my hammock and tarp with me, otherwise id be walking along the road all night in the dark and rain and cold.

Where did the Hammock Originate? I have seen hammocks all over the world. I had 2 set up at my house in Cambodia. And later on at my place in Mae Sai, Thailand. I have slept in a Hammock at the Aeta Village in the Philippines, and all over central and South America. I began to wonder how they were simultaneously in Asia, the south pacific and Latin America. Did the Spanish or Portuguese introduce them to Asia or were they introduced to Latin America and elsewhere...It is a good question.

All Central and South American countries have an ancient history associated with hammocks. It is generally accepted that the origins of the hammock began approximately 1000 years ago in Central America by the Mayan Indians. They designed a web-like hammock which is still in use today and considered to be the most ingenious and comfortable of all hammocks.

Some of the Early hammocks were made from the bark from the hamack tree, which is where the word “hammock” comes from. Hammocks are beds used to guard against animal and bug bites. Because the hammocks were suspended above the ground, inhabitants were protected from harmful creatures that carried diseases.

Because of the numerous trade routes used by the Indians of Latin America, the hammock naturally found its way to many other Indians. Hammocks were soon being made from indigenous fabrics and materials which resulted in a many types, which have evolved to the classic cloth/fabric hammock, typical of Brazil, and cord and rope hammocks similar to today's styles.

Nearly all sources mention Christopher Columbus in the discovery of the hammock. However, the hammock actually dates back more than 1,000 years ago to Central America, far before Columbus was alive. As mentioned above, the hammock was used as a form of protection against harmful creatures on the ground. Christopher Columbus was introduced to the hamaca (hammock) during his travels at the end of the 15th Century by the Taino Indians, a Haitian tribe, in which he brought a variety of hammocks to Europe where they gained appeal. During this time, European weavers began crafting hammocks out of cotton, canvas, and other cloths, as well as sending these materials to weave hammocks in the New World.

By the mid-16th century in many parts of the world, the hammock was used as an alternative to the traditional bed. The U.S. military even turned to hammocks for sleeping when away from home. Hammocks quickly gained widespread appeal by both the wealthy and the underprivileged, and by the end of the 19th century, the first mass producer of hammocks opened in Pawley’s Island, South Carolina.

Today, we have expanded on the traditional hammock with improvements to design, materials, and comfort. Some hammocks are still used for insect protection with the addition of enclosed nets, and some are simply used as a luxurious relaxation portal. Hammocks today represent a luxury for many, but it can’t be taken for granted that the hammock is one of the oldest pieces of furniture in the history of mankind.

See you on the trail! 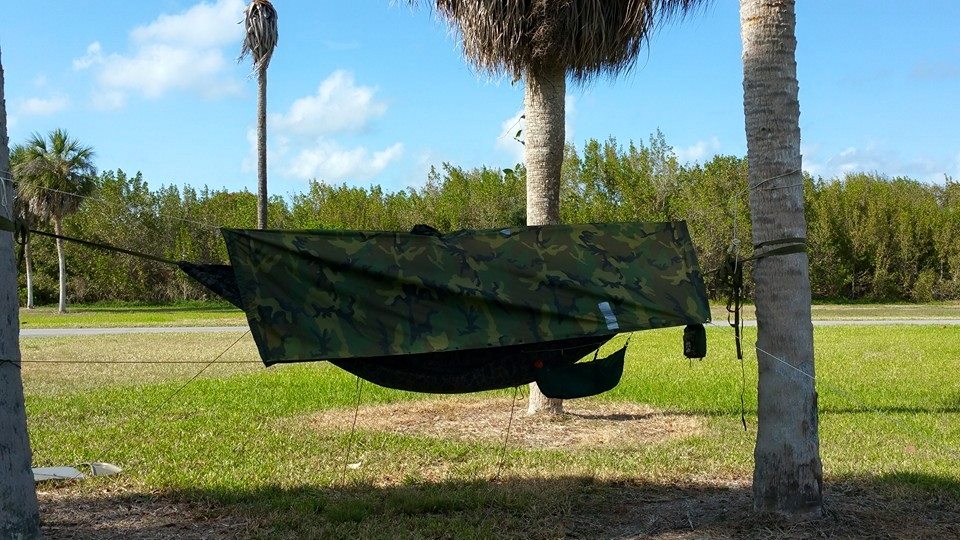 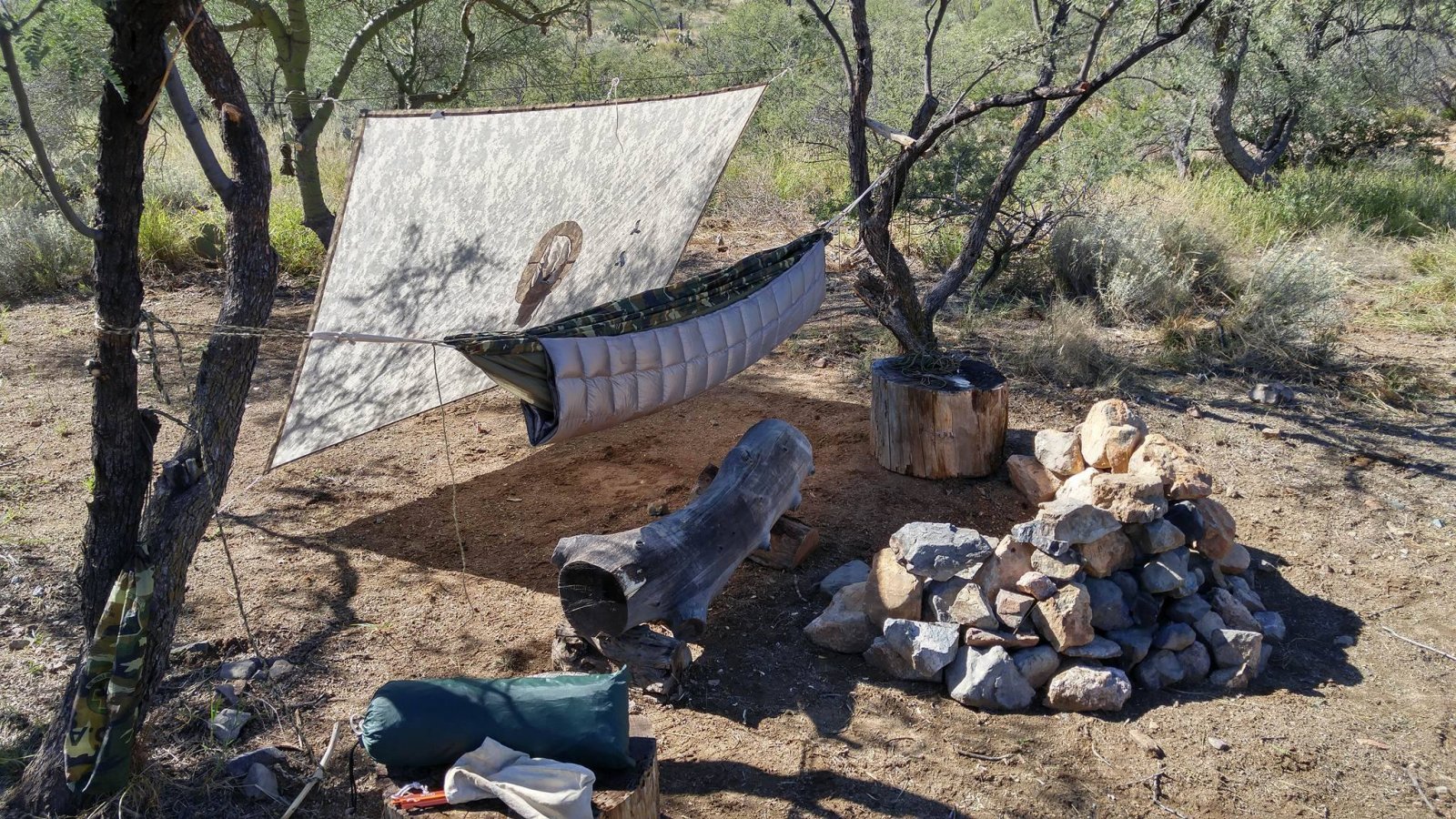 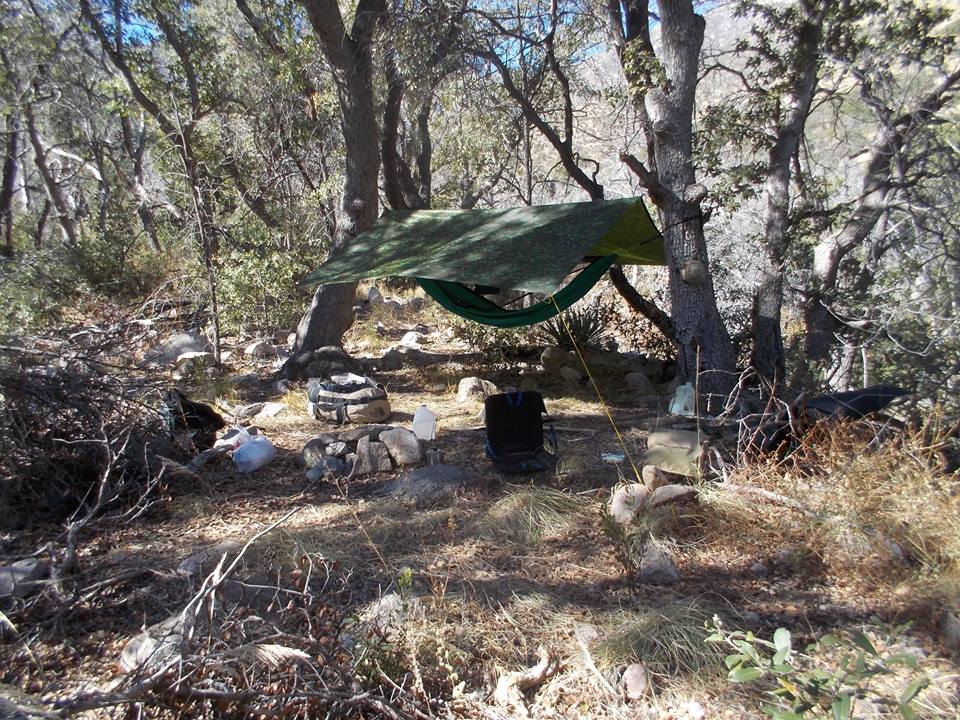 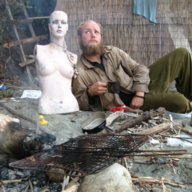 I also have my hammock and tarp combo everywhere I go. Especially when i'm working in the forests up north! You can get a quality sleep you could only get on the ground with a fancy sleeping mat. And there's a certain peace of mind when you're raised off that cold, dirty floor.

OutsideYourWorld said:
I also have my hammock and tarp combo everywhere I go. Especially when i'm working in the forests up north! You can get a quality sleep you could only get on the ground with a fancy sleeping mat. And there's a certain peace of mind when you're raised off that cold, dirty floor.

Should check it out, then. Lots of useful info and ideas there for this sort of thing.
•••
D

OutsideYourWorld said:
Should check it out, then. Lots of useful info and ideas there for this sort of thing.
Click to expand...

I was on it years ago . I have no need to be on there. you can check my posts under "tomahawk"
•••
You must log in or register to reply here.