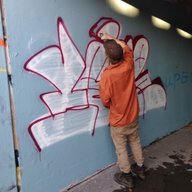 I caught the emo-influenced Las Vegas Hardcore band "SoWithout' recently playing with Frail Body (IL), Hand Of Doubt (NV), and Modern Color (CA) at an outdoor show on a rainy night in Vegas on 3/10/2020. I had never heard of SoWithout, but had gone to the show to catch Frail Body, who are one of my favorite heavy bands. Frail Body killed an intense and emotional set despite the rain, Hand of Doubt's energetic Hardcore had everyone moshing and Modern Color rocked with a "new Title Fight"- esque emo vibe, people singing along to their moody lyrics.

As i was chatting with some local kids in between bands, one mentioned there was a "skramz" band playing last. That stimulated my curiousity about the final band, so i decided to stay and watch their set and they didn't disappoint. As they took the stage after Frail Body, the rain was coming down. Not heavily, but constantly and lightly. It was such a sick vibe to go with the dark music that was being performed. The members of SoWithout were very young and i realized i had seen a few of the members
in the pit having fun during the previous bands. They reluctantly powered on their amps and set up their instruments as if they were nervous, and it was clear they were
having technical problems because of the rain. One of the musicians from another band came up and helped them out, making sure equipment was working.
As they powered on, feedback rose from the line of amps and the diminutive, spunky young woman who was vocalist paced back and forth clenching the mic anxiously in her right fist. I could see the emotion burning in her eyes. The drummer tested his cymbals and the tension slowly rose to a breaking point.

"Thanks for coming, everyone. we're just going to play a couple songs because of this rain, but we're doing this for you, WE'RE DOING THIS FOR YOU!" she screamed in unison with the squeal of guitar feedback. A few seconds later, The tension in the room released euphorically with the first beats of the snare and the patio we were vibing on exploded. Everyone in the space was moving side to side in time with the ear-ringing chaos, two-stepping, moshing, and falling in the rain. The Angst that was spat out of that young vocalist's mouth was incredible, I was absolutely loving it. Her whole look, vocals and stage presence were on point. My boots were lifting off the ground involuntarily, my fists were flying and i was spinning through the soaking chaos with my fellow hardcore fans. The drummer's catchy, intricate beats kept the crowd's heads banging and you could feel the intensity radiating from each band member. The style of sounds that emanated from the young musicians, if i had to describe, was some combination of straight Hardcore, twinkle Emo, and brutal, grinding emoviolence/skramz. it was a mixture of sounds and catharsis that healed something inside me.

By the middle of their 3rd song, the main guitarist's equipment was shot and malfunctioning badly due to the rain. I heard him say, "we're never fucking doing this again" to the others as he desperately tried to save his amp, the other band members all appeared to be in distress for various reasons.
So they cut the set short, and as i was smoking a fatty with some other kids in someone's car afterwards, we saw a group of about 9 people get in a fight in the parking lot.
it turned out that SoWithout had gotten into an altercation with the promoter for making them play last in the rain, in the process fucking up their instruments. it was clear the band had considered the show a failure, but I was inspired and 100% satisfied with their short performance. I wanted to let them know how much i appreciated their set despite the problems, but they were all keyed up and pretty angry so i left them alone.

I was inspired to look up their music later that night, sitting in my car in the rain. I found their EP, titled "septemberthirteenthtwentynineteen" on bandcamp and listened a couple times, still stoked on the partial set i had witnessed. The vocals go from delicate and clean, an innocent sounding female whisper on the track "nauticalstartatoo" to powerful and desperate shrieks on "spockcutsfortheworkingclass". The guitarists seem to have split personalities as well, going from twinkly midwest-emo style tapping to chainsawlike, crushing hardcore mosh riffs. Moody bass and tight drums fill this band out extremely well. Production on their recordings feels and sounds rough and the mix skews a little more towards the guitars, a little less bass and it adds to the feeling and urgency of the music. Vocals are a bit buried in the mix but it works. If you like your music noisy, intense and seething with emotion, then SoWithout from Las Vegas may be for you.

A story about a band.

Punk Island is a celebration of community, diversity, and rage

S
Is "growing up" giving up? Chicago's old school band, "the bollweevils"