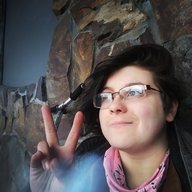 Boyfriend and I are gas jugging from Florida to Washington state, stopped in rayville to get a nice new tire for our van. One of his grandma's family took us to Crispy Donut for brekkie and fucking. There was a tiny little kitten there! We couldn't get him then, but came back around 3 and I asked the employee about him, she asked if I wanted him and took me around back to get him. His name is Sif, looks about a month old. Has some serious scarring from abuse and a big ass wound on his tummy, right side. So far, we've got him eating properly with wet food mixed with water, he's eating that shit up so hard! His poops look healthy, although he's got fleas but he's too young for treatment and we can't find our old lice combs and he's too sick still to get a bath. Had him about two days now, hes so attached to my dude. Our older cat kanaya is trying to play, but she's a 6 month old Maine coon mix so she's fucking jacked up in size. Worried about the poor guy, but me and my dude are doing all we can. Anybody have advice on his side wound? It's the worst of them, the rest are at least 3/4 healed but that ones terrible. So far we've been cleaning it with alcohol swabs and sticking AD Ointment on it with a bandage. The scab looked bad, but it's been coming off little by little and scabbing fresh so I think it was just an old scab he couldn't take care of on his own while grooming.

I'm only trained in human first aid, but I reckon if the scab and wound don't get any better or end up getting worse in about 4-5 days from now, or if it shows any signs of infection, definitely take the lil dude to get looked at. Sounds like you're treating it right and he should be able to heal up now that he's getting rest and food!

This is a great thread with info about getting your fur babies taken care of on the road (cheap/free animal hospitals) https://squattheplanet.com/threads/having-healthy-fur-friends-fur-free.35333/

Alcohol and A&D are a good choice. You're doing a fairly well job by the sounds of it. .... I'm generally awesome with cat advice - i'd questions, a bit, this or that - but, all in all, sounds like you're basically doing a great job.
Feel free to message if you run against any real Qs on cat care

... & Onlu advice at the moment - Def. Def. watch the older kitty around the lil one. You're not trying to go for jealously or favoritism (cat's totally get jealous like that and shit) but - particularly with the little one as injured as he sounds - - Maybe older cat IS just trying to play... Then again, maybe Not. Just try to limit their interaction to you being there too & hopefully have calm interaction. They'll be fine together I'm certain... Once the lil one gets a bit bigger (& healthier).... Before hand though, kittens are in essence fragile & just due to size advantage (even without the coon blood) your cat could easily do more harm -: just by playing... "Too rough" . So, close observation of their socializing time by you - so you can limit rough play, protect da baby, and be playing with your older cat too. So they know the younger one is welcome by you But, still reassuring to the older kitty, you're not going to forget them too. you still love them. And everyone should be on the road to health and friendship, soon they'll be regular old, comrades in arms!

;.... & feel free to message If you've got any harder questions

Radical, thank you guys so much for the replies and reassurances.
We are limiting their interactions while we drive and while we feed em.
The older one has swatted a few times but we seperate them after. It seems like shes just trying to play with him. 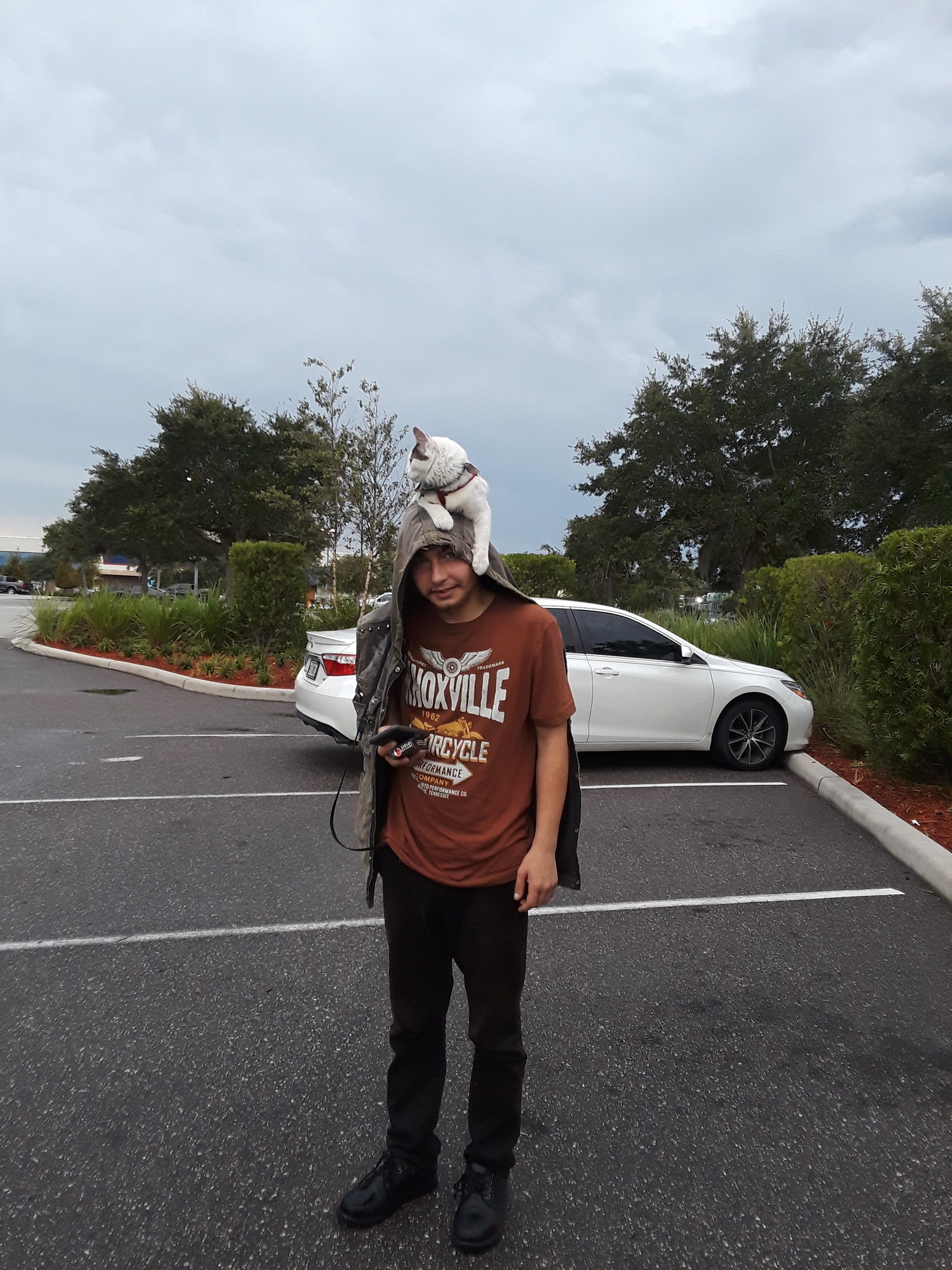 And Sif the baby in my boyfriend's vest pocket. 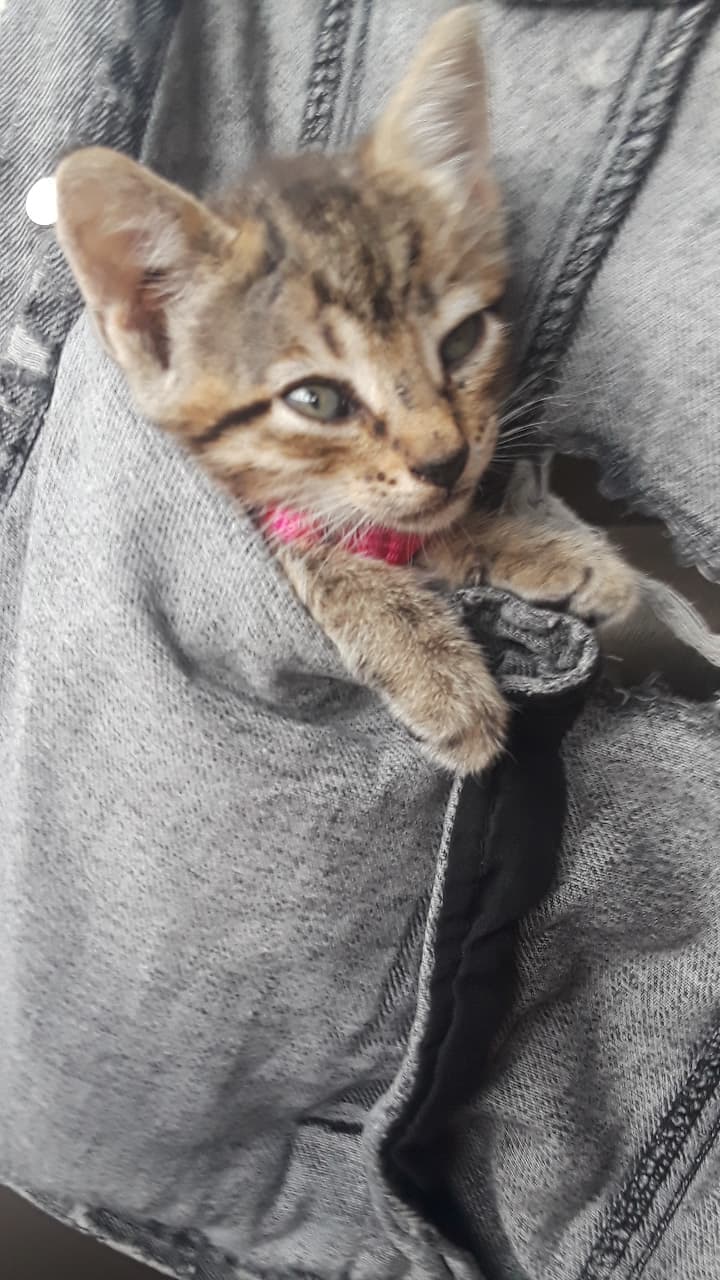 Well over a month old... Closer to 3mo. (Which, once it's weight is up, makes it available for spay/neuter at tons of vets).... The wet food is frequently too rich for young tummies... Undoubtedly the extra calories are doing this one great... But.... I would recommend a bag of Kitten Kibbles, too.... #1- Different nutrition offered, #2 - better for their teeth (funny enough) - he's little enough, will probably still need kibbles moistened a bit - softer, but not soft like canned... (& Im not suggesting stopping canned food, just providing kibble too) It helps clean cats teeth and helps prevent cavities and such oral issues - all cats should have kibbles too - atleast available to them.

... Water is good for moistening or thinning things out. If, you want to continue introducing milk for awhile yet (wouldn't likely be fully weaned yet...) Rather than the expensive ass Kitten milk you can get at a vet (like $8 - $15 for a can, last time I looked) - just get good old grocery store can of Evaporated Milk. (Baking goods isle typically) i shit you not, it's almost completely ass identical to the expensive crap, vitamins, nutrition, fats, texture, etc. But, It's like a dollar or less a can typically... So - don't thin it. Moms milk was thick - like non-pasteurized milk is... Remember though - EVAPORATED milk - NOT the sweetened condensed - Cans are nearly identical, but the milks are very much not the same.
... Triple antibiotic vs A&D (if you have, if not, no big.

... & Blue Dawn Dish soap - Safe shampoo for baby critters (don't use too much a little bit will do ya) ... And usable Way earlier than other cat shampoo...

... I'd also like to recommend - a traveling potty box, If you all don't already have one. ... Lovely story in another post, had a cat that was well trained to going on newspapers... Very convenient for hopping trains - not so much when couch surfing, or hotels, etc. kitty went on hosts fancy rug... By by nice couch/shower... A small, typically empty litter pan... Throw a handful or so of whatever ground cover is handy into it, wherever you stop for kitty breaks... & Just dump before moving on... Empty they weigh nothing & can easily have a hole and a carabiniers - so It would clip to nearly anything... But that way you can train Kitten to potty box, like the indoor kitties & possibly avoid rug incidents

Oh, yeah - swatting not generally friendly ... Keep letting them near, but when you're right there... Separate and try later if swatting or hissing... Let them approach, don't carry/place them together... (Aka, don't introduce them - let them decide on their own to approach...) & Don't get mad at your coon-cat for being/seeming unfriendly... It's natural, and ims just talking in cat... All cats act like that towards stranger cat - it's a language with its own social ques... Let the coon be mad, don't get mad at cat, just separate and do it again later.

PS would love to see more photos of your maine coon!

And of the lil kitten as he heals! Keep us updated

... 6 cats of varied degrees of ownership myself...

But this year has been full of a trio of different baby critters than cats... this year i seem to spend atleast 4 nights a week trying to convince two little guys they actually prefer living outside... im winning, but slower than this goes most years...
... what am i talking about? These guys - baby Possums! (& yes, the cats get along fine with them...)

Trying hiding under the stove... Never works, but, humans are scary. 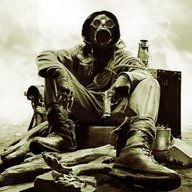 Hi, For his side wound, alcohol is good, but instead of A&D, use Neosporin or cheaper triple antibiotic ointment. If you have a couple Amoxicillin capsules, sprinkle in his food, maybe 250 mg a day spread out 3X. For a few days. If he has any diarrhea, he could have worms. You can get cheap dewormer at a feed store, make sure they are for kittens. Cats are notorious for ear mites and will spread to each other. If he was a stray, he has them... A solution of peroxide and distilled water, 50 to 50 mix in a container with a point, like an old hair dye applicator bottle. If you can afford it, Revolution has a great cat all around wormer and it even kills fleas and earmites. They make one for kittens. It's fairly cheap... Of course you have to treat your other guy at the same time. Hope this helps. I know animal care and these are the "won't break the bank" remedies. good luck and please let us know how the little guy is doing.

How's he doing? Did they decide to settle down and get along?

You must log in or register to reply here.
Similar threads
News & Blogs How to Travel with a Cat (incl. Flying with a Cat)
News & Blogs How to Travel with a Cat
Having Healthy Fur Friends Fur Free!
Photos On the road with a cat
Complain about your pet here
Photos Kitten Wedding
Travel Cat
Featured A viking funeral for my cat
Featured What They Don't Tell You About Having A Road Dawg (Or Cat)
Took a cat in, what do I do with it?
Share:
Facebook Twitter Reddit Pinterest Tumblr WhatsApp Email Link