A patient in a Tokyo hospital has been left with serious burns after she passed wind during an operation that ignited the laser a surgeon was using during the procedure.

The woman, in her 30s, was undergoing surgery at the Tokyo Medical University Hospital which involved a laser being applied to her cervix and lower part of her uterus.

However, as the surgeon carried out the procedure, the patient passed wind as the laser was being used. 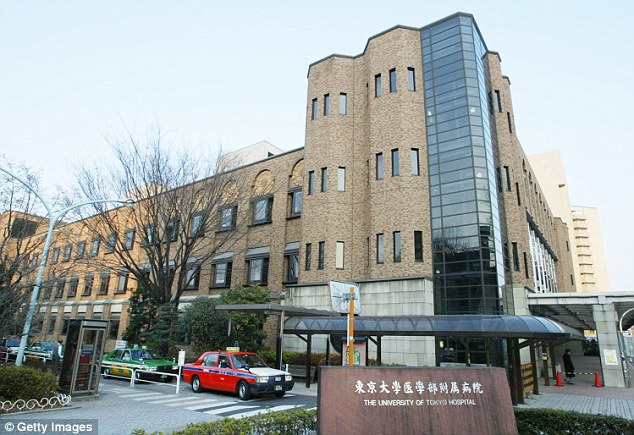 +1
The woman, in her 30s, was undergoing surgery at the Tokyo Medical University Hospital when she broke wind causing a fire that burned her legs

It then caused the gas to ignite, sparking a fire, which set her hospital gown and legs ablaze.

She suffered serious burns but is thought to have survived the incident.

RELATED ARTICLES
SHARE THIS ARTICLE
Share
The fire happened in April this year but only came to light following an internal investigation by the hospital, reported Japanese newspaper Ashai Shimbun.

In a report released last week, the probe found that there were no flammable materials in the operating room at the time.

It also added that all equipment used during the procedure was also functioning normally.

The Tokyo Medical University Hospital is in the heart of the Japanese capital and is an acute care facility.

According to their website, they provide high-quality care based on their love for humankind.

They also claim to be pioneers in medical treatment and are the only facility in Japan to carry out surgery using robots.

Please copy and paste the article.

i wonder if she asked the doctor to pull her finger?

musta had some bad sushi.

Gawd I just had a colonoscopy and I don't want to know what happened back there at all, but do not want to blow up. I do not need a burnt ass. >.<

Wouldnt it be lazer ignites fart?
You must log in or register to reply here.