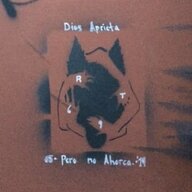 Hitched down into austin tx this time from Temple. A lot less picturesque than the first go round, when I had rolled in out of Hearne / Houston / conjunction Kirby and san anton. And not nearly as much fun. I lasted like five days total after reaching austin, and then changed my mind about everything. Mission failed successfully.

Had been told before to look at slaughter siding for camping spots. And came in w the intention of doing so while I tried to go unbreak my bank account for a little while.

Under slaughter bridge there's a whole pack of riders. like ten of them. it was like finding leprachauns.

Two of them have got the kind of train grease on them you'll only see on the genuine articles that've been riding since regan and probably carrying more narcan in their packs than anything else. I still have the girls breakup texts to her babydaddy on my phone.

I sit down in a circle with the other six and give a nod to each, exchanging names, and set a fifth of sailor jerry in the middle next to somebody's pack of smokes. They're all good kids, roughly my age maybe slightly less but I don't look but half my own in the first place of course. With the exception of Mr tough guy hawaiian shirt to my left who claims to have just completed a tour of the south and looks like he could be my fat cousin. He does most of the talking and I let him.. Raising him only with the bottle every couple minutes. I'm surprised with how well I get along with the other four and we seem to want me to go along with them to san marcos and wait for a northbound there for a moment.

There's an even better looking girl that left down the tracks searching for her boyfriend, who I already know I'd seen leaving the other direction, the one I'd come in from walmart. They'd had a group of blacks come through shortly before I arrived.. apparently they zero'd in on boy toy up the road for their opening act and slapped him around a little to exercise authoritah.. If I was smart I'd have followed the girl down the track with the pretense of telling her she was going the wrong way, but I"m not that smart unfortunately and was more about sitting down and getting drunk in the sun.

I gave hoola man the two tabs of leftover acid in my wallet. I warned him they were real, but of course he insisted my dare was good and he ate them immediately. Boasting that his awesomeness level only increases with every tab. He didn't say it like that but it was something to that affect and that's when I decided I was going to finish getting drunk and leave instead of watching him finish making an ass of himself.

Later woke up in the dark on the other side of the tracks, to shouts of beligerant threats and intermittant gunshots. Assuming the gang of blacks had returned for round two.. but it could just as well have been fatass losing his shit all by himself. I was 200% trashed still unable to stop the stars from spinning. And very glad I had the sense in my inebriation to disappear while I was still able to walk.

Not a minute of sleep for what remained of the night. After gunshots I thought it wise to move along north somewhere and find somewhere more quiet. But the first spot I found had a dog on the other side of the fence. The second, further up, there was yet another gang of rather violent sounding young black folk who heard me in the bushes through the dark and had come searching for me, specifically me no two ways about it, keen on discouraging homeless from staying anywhere on their turf. And spent the proceeding 2 hours running from them. Jumping fence after fence through suburban backyards, a few dogs on the way, to afford myself a headstart. Later dissappearing into yet another greenbelt full of trees, next to the tracks.

And there, just as I'd bedded down in the pitch dark and before dozing off, I heard what I could only assume was a bull elk or a very big worthog. Passing through, not 30 feet away. I could almost feel it's hoofs hit the ground. It made it very clear for me too that it knew I was there but was not sure just where.. stomping and blowing air out it's nose very loudly. I suppose its possible it may also have been a horse. But the thing sounded too angry and I could only imagine a moose, although I knew that was impossible too.

I waited for the thing to leave me 50 feet slack and then scrambled away back to the tracks.

I scouted the tracks for another few hours until the fireworks quieted and the dawn crept out. Nothing good. Nowhere to lay low and leave my things.

I gave up and doubled back to slaughter. Seeing the headlamp of a train down on the siding. And said goodbye to texas.

Road to memphis. Just over the mississippi... Explored the city, and then left the same night on a train straight back to Socal where I fucking belong. Hitting Sweetwater Texas for a brief layover, to avoid getting pulled off by border patrol in the middle of the desert on the intermodal out of Marion. 60 hours by general manifest, from there to LA, stopping just about everywhere. 5 hours outside of pecos. 3 in alfalfa yd in el paso, 3 in santa teresa at the border, 2 hours each in one ghost town and another.

One hour, staring into the blue sunbaked miles between pillar after red pillar somewhere in southern arizona. 2oz of water left. The sand smells like my ex's panties.


or even never or just wandered by
while it was there all the time and I
saw you the next day miles away
and 7 years, alone in the pouring rain
at the flooded brook by the lane


like there must be a shade beneath
every leaf, every lineament of age
like there was the shadow of grace
in your face when you saw me too
when you thought you knew my name