Dealing with mental disorder and being in a relationship (1 Viewer) 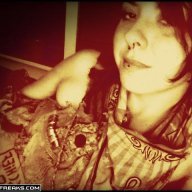 I have ptsd and bi-polar and i try not to make it an excuse but sometimes they get in the way of things. For example, having a job. If i can pull off an interview, i can get a job, but holding on to a job is a different story. People freak me out and most the jobs i have had are all customer service jobs. Whether its fast food or not. I've been fired from all of them. My boyfriend does't understand this and we often times fight about it. Also, he hates when i talk down about myself. I understand this but all i say is, "i FEEL worhless". I ask him who else i'm suppose to talk to about these things. He thinks we fight too much, all couples fight, so i feel like hes coming up with excuses to leave me. Also, i want to go to an herbalist school for 3 months in washington, he does't know if we wants to go wih me, and he does't want travel with me anymore. Which, i could be totally wrong about this. Have any of you had to deal with their mental disorder and such, how did you deal with them? 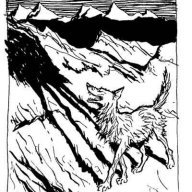 they say the only thing that will help ptsd is a stable enviorment. he sounds like a jerk, fuck him. go to school, do your own thing. 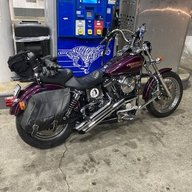 I also have ptsd,going back to a real bad car wreck,then everything else that has gone down,in my life. I had to get clean & sober,that really helped me !.............People find it hard to deal with themselves,much less another persons problems, unless they have learned to deal with their own shit !...........Go to school,do whatever makes you happy,in the long run,meaning,don't do thinks you will regret !
OP

Well, i dont like to drink much, and i've been sober from slamming morphine for a year, i smoke weed cause i consider it a medication, not because i want to get highh. I consider myself a naturalist, so my diet isnt so bad. But sometimes my friends want to eat taco bell lol. I'm just trying to help my situation.
You must log in or register to reply here.
Similar threads
Dealing with Loss and Aging
How to deal with girls talking and wanting to drink and party with my bf?
how do you deal with past abuse you have committed?
How to deal with boyfriend drinking too much and me being homeless and leaving him?
How to deal with being called a slut when u sleep around?
Share:
Facebook Twitter Reddit Pinterest Tumblr WhatsApp Email Link