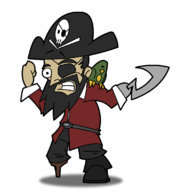 So im selling my 2005 blazer and using the cash to buy ethier a van or truck and camper to tour the states for 4 months (canadian max allowed stay) im using approx 2000 of the cash for this. Wondering everyones ideas on ethier buying a pos rv van, building a stealth van or buying a decent truck for 1500 and putting an old camper on it. I can work on the mechanical myself and im pretty good at building things. Any ideas and opinions from you more well versed rubber tramps would be great. End goal by the way is florida via heading south from vancouver down to california then east sticking to the warmer states lol

I deleted myself
I would buy a van or mini school bus & rig it up. I think that a van will be able to stealth camp on city streets much easier than a truck with a camper body on it.

Since you are in Canada you actually have some cool TDI vans that we are unable to buy here in the US. Take advantage of this there great mileage & the cheap prices of fuel lately. I know lots of rubber tramps that use minivans as their platform due to price, fuel economy, dependability & availability of parts. 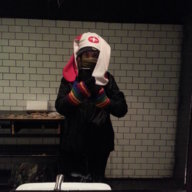 Right, so I live in a truck w/ camper shell on it and I can give you some rundown on that. Never lived for any length of time longer than a week out of a van, but there are plenty of people who can throw info your way on those.

So, in general, I love my truck. I love the fact that I can get into awkward parking places, hop curbs, deal with rough roads, and generally get through rougher terrain than is possible with a van. It's really nice to not have to worry about ripping things up or otherwise fucking up on rough roads, and the difference in ease for repairing things you gotta reach from underneath is *amazing*. I would advise either getting a back window with a pass-through or pulling out the back window entirely and sealing it somehow (various options available, depending on your budget and truck/camper style, go check out the post I started on that topic a couple months ago if you want some leads) because having to climb into from the tailgate to go to sleep is a huge hit to your stealth level and not being able to roll out of bed and drive off without getting out of your vehicle is a pain in the ass for numerous reasons. The biggest cons I see are that I probably have a little less space than I would in a van, because a camper shell isn't as tall as the inside of a van is and I've gotta deal with the space taken up between the bed and the cab, *but* it's not bad and I find the space inside for height off the ground tradeoff well worth it.

What I would recommend is to take a little time before you leave and build out your space some instead of just throwing your shit in and leaving. The difference it makes having shelves/drawers as opposed to living out of stacked boxes is ENORMOUS. Of course, your mileage may vary here - I have craft supplies and a few more clothes than I need because I tend to get work that involves needing costumes and shit, so you may not have enough to really need shelves. Also make sure you have chamber pot, however you wanna rig it, because it's a pain in the ass trying to figure that shit out (pun totally intended

) when you're stealth camping in a big city and just wanna go the fuck to sleep after a long day. That's all I've got for right now, but if you have more specific questions about truck/camper rubbertramping it then totally hit me up.

I deleted myself
I dont think $1,500 buys anyone much of a mechanically sound pick up truck.

@highwayman I didn't see your reply until after you posted it, but depending on the camper size, it's actually about the same stealth level as a regular van because a lot of contractors will use basic ACE or LEER camper shells to keep their tools from getting stolen out of their truck beds, so it's not uncommon to see smaller camper shells in cities at all.

Depends on the pickup - my first truck was that much, 5ish years ago, and it was in decent shape, old as balls and not pretty at all but mechanically just fine.
D

TChungMayMay said:
regular van because a lot of contractors will use basic ACE or LEER camper shells to keep their tools from getting stolen out of their truck beds,
Click to expand...

I have seen some really cool camper bodies but dont consider leer truck caps campers. I guess one has to really start thinking about square footage & basic systems for long term vehicle living beyond just a sleeping surface. I think that the few vans that I provided links to are geographically located near @CaptainShawn & in his price range. A few were rigged up by european tourists so that means you will be able to acquire all of their unwanted camping gear too. I have bought bulk loads of camping gear from people from the EU for a great price myself. We already know that these vehicles have to be sold since their visas are expiring & they cant take it with them. To me it sounds like the best option. Even if you buy a vehicle & need to rig it up, the cost of all the little odds & ends & systems will exceed this budget. I suggest in capitalizing on what is available on the market versus what could be best in theory. Theories are often unproven & may have extra costs that can be avoided from such a deal where you buy it all. Bundled it all in like in American Pickers. Buy. Lock, Stock & Barrel & be on the road next week.

@highwayman Has an excellent point. I went with my truck + LEER shell because that's what was available and reliable for me when I was looking, but I know it's by no means the best choice unless the specific benefits are things that really matter to you. I just get excited talking about how my setup works 'cause I haven't seen too many people doing it this way...probably because it's not the best way

highwayman said:
Thanks for the advice and links Highwayman. I have always liked those turbo diesel delica vans there was lots around when I was living in guyana they seem to rally pretty good through the jungle other then the roll over factor. The link with the astro van I never would have thought of there filthy cheap here under 1000 and The 4.3 liter vortec in them is pretty easy to work on its the same as my blazer. The camping gear is nice but to be honest I already have all that tents stove cots 0 degree sleeping bag etc. I figure I can get between 4000-4500 for the blazer so 2 grand into the van plus 2000 for the trip is a pretty good start.
Click to expand...

TChungMayMay said:
Thanks you make a great point about the ruggedness of a truck. I live on vancouver island now which is pretty much a big mountain that came out of the sea. I 4x4 and shoot all the time so giving up the 4x4 option is a big thing for me. I like your point about a sliding window to jump from the canopy to the cab, but Im 6 feet and 250 pounds so thats not much of an option right now anyway which looses stealth. I am wondering if I can get away with a 4x4 truck with black out curtians and a RV type camper. If I get an old chevy 3/4 ton with a 10 ft camper now Im in style with a shower bathroom septic tank proper stove etc. I will be driving with bc plates anyway so if the cops hassle me I am think I can always play dumb tourist. The other option I was thinking is some crappy camper van I see the old ones for like 600 driving it right into the ground to florida, Selling it for parts then picking up a cheap boat and boat punking it like I already do, that way if I can find a good mooring I can leave it down there after the 4 months is up and come back to whatevers left next winter if a hurricane doesnt trash it.
Click to expand... 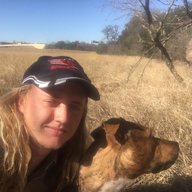 Any updated thoughts on havin truck camper in the city? Been fixated on making one since I lost my van and it just dawned on me that all the pros I've thought of may not make up for that lack of blending in

I have a camper for my pickup and have parked it many places. Just dont make a scene or throw trash on the ground or stay in one spot for too long and you should be ok. 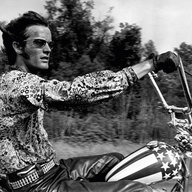 Quirky Erk said:
Any updated thoughts on havin truck camper in the city? Been fixated on making one since I lost my van and it just dawned on me that all the pros I've thought of may not make up for that lack of blending in
Click to expand...

A truck camper will be a lot less stealthy than a cargo van, but LEO's typically know what vehicle belongs where and which ones are out of place. Of course frequently it's the "concerned citizen" that calls the LEO's to begin with, and a truck camper will draw more of their attention in a city.

Obviously you can check CL and other places for a driveway to park in, but usually people will want some cash for the spot. But going that route can make parking stress-free.

The usual spots, such as Wal-Mart, Home Depot, Lowe's, etc. are usually chill about RV's as long as you stay out of the way and don't leave trash. And you won't be the only one there, unless the city has an ordinance against it, which many do. Of course if you're talking staying in a major city they won't have those down town.

Check to see if any of the local hospitals have free outdoor parking; if so, they can be an excellent place to stay to "visit" a sick relative or friend without being noticed. Obviously right now I don't know if hospitals are allowing visitation, but I've used that technique before and wasn't noticed at all. 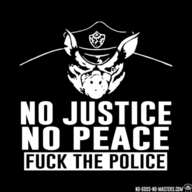 I'm biased but I'd go with a white cargo van. Even if it's got a low roof. You can park anywhere and go unnoticed. Looks like a work vehicle and has the space you need. Plus you don't need to exit the vehicle to go to sleep.
You must log in or register to reply here.
Similar threads
News & Blogs Lofoten by Campervan: Watching the Northern Lights on Haukland Beach
Win a campervan road trip and free gear
Video Couple Transforms Old Campervan Into Cozy Home on Wheels
Video How to Build a Cheap Campervan
Where can I find campervan insurance in the US?
Looking for Advice on Small Diesel Box Trucks
Toyota truck: a love affair (and repair)
Photos Upgrade under the camper top
Video Wood Burning Truck!
Woodstoves aren't very stealthy, huh
Share:
Facebook Twitter Reddit Pinterest Tumblr WhatsApp Email Link