Beirut & Lebanon, beyond the media hype... check out my podcast (1 Viewer) 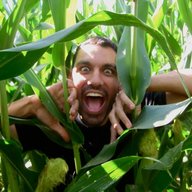 Hey everyone, I'm a new member of StP, but very enthusiastic about the concept. I also just started a podcast that focuses on travel and on highlighting underrepresented voices, communities, and places around the world. It's called Latitude Adjustment. I spent a good portion of the past 7 years packing solo across the Middle East, North Africa, and South Asia, before settling here in Spain for the time being. I'll be doing an interview with @Matt Derrick for the StP podcast this coming Sunday (October 21st), and I'll be interviewing him for my show as well.

In the meantime, I'll share some of my interviews with my guests from around the world for those of you who are interested in learning more about places that often get misrepresented in traditional media.

Here's a show I just did with a writer from Beirut, Lebanon. Don't buy the hype about the Middle East. It's not one country. It's not a nonstop horror show. And Lebanon in particular is an awesome place to visit. Just bring your common sense and do your home work as you would traveling in the US or anywhere.

Can't wait to check it out! Looking forward to having you on the show (and vice versa)! 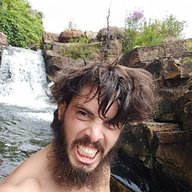 kriminalmisfit
can't believe my crazy plan worked.
Yesterday at 10:53 AM •••

Thewalkindude
Anyone in Austin??
Yesterday at 7:01 AM •••

Matt Derrick
sold my prius for just under 4k, and now i am just a few weeks away from buying a school bus!
Thursday at 10:15 AM •••