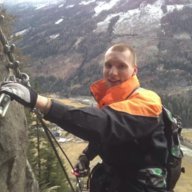 Hey.
i'd like to go to asia, but i only speak german and english. I heard that people in asia usually dont speak english. And german even less. I heard that most people on central asia speak russian.

We'd like to go to india, tibet, china, mongolia, thailand, indonesia. Does it male sence to learn russian, since most countrys are out of central asia? Which language would be helpful to learn?

I deleted myself
I think learning a language for traveling is impractical.

To learn some commonly used phrases would be great.

To be able to refer to a book for all the phrases you can't or don't want to commit to memory, even better.

But...maybe language to you is like an instrument to others who can pick it up and play it the first time and sound proficient. If this is you, perhaps it is not so impractical after all. 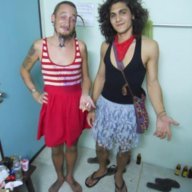 Speaking from experience if you wish to learn some conversational language, then pick up PImsleur audio books. Listen to them when your riding your bike to and from work, speak the phrases out loud. I lived in Thailand and Vietnam for three years and learned quite a a bit of conversational Thai. Your only going to be able to speak most tonal languages; Thai, Mandarin, Vietnamese, with a full immersion making learning before hand impractical.

Hmm - most recently another mod was there and I think is going back there - @MolotovMocktail where ye be there friend?

I agree that it would be better just to learn basic phrases in all the languages you'll encounter rather than try to master one language.

In Southeast Asia I found that communication wasn't too hard. If you're in a city frequented by backpackers, you can easily find someone who speaks a bit of English. Even if you can't, you'd be surprised how far you can get just by acting out what you're trying to say. I asked for rides, got directions, and once bought eggs in a grocery store just by miming out what I wanted. I hitchhiked countless times in Thailand and most of the time the drivers who picked me up didn't speak any English.

I think India is going to be the hardest place for you to communicate. I haven't been there but I've talked to travelers who have and they say it's kind of the ultimate test of your traveler prowess. I've heard that less people speak English, more people will try to scam you, and it's harder to get around. Maybe @wizehop can drop in and give some advice based on his experiences there.

You don't need to be one of those people with their nose stuck in a Lonely Planet guidebook all the time (in fact, I would advise against it because it makes you look like a clueless tourist) but before you go, read up on common scams for the countries. Also look up what things (a meal, a taxi ride, etc.) should normally cost so you know if someone's trying to overcharge you but also know that it will happen to you and sometimes it's better just to overpay by what is really only a dollar or two rather than starting a huge argument.

If you're planning on hitchhiking, Hitchwiki will be very useful to you. It has pages for most countries and information on how to hitchhike there. My experience in Thailand was that most people didn't understand what I was trying to do but eventually decided to help me because I was a foreigner.

Anyway, sorry to get a bit off-topic but I kept thinking of other things I wanted to say. Hope this helps!

India is a test of a perseverance and wit. If you can handle hot, humid and crowded places. Where every person is trying in some way to part you from your money then you should be alright. Most people speak Hindi in India yet there are thousands of dialects and languages. I have a bipolar relationship with the country, manic love and scathing hatred, sometimes at the same time. If you get the chance go from Delhi up to Uttarakhand and the town of Munsyari on the indo-tibetan border. It hosts one of the most spectacular mountain ranges outside Nepal.
K

I deleted myself
I know somebody who worked in an Indian call center. Not really travelling, but something a person can do there while making a living using their English skills.

Being able to speak some native words and doing research before you arrive is something the natives in your host country will appreciate.

Man don't worry about what you can or cant say, half of travelling is dealing with those kinds of things. You will be fine no matter where you go, and what language you speak. You will learn to work with what you have and there are many ways to communicate with people even when you cant speak a word of their language. Been down that road a hundred times, trust me.

That being said, Asia is supper travelled by backpackers and for the most part you can get away with English at the least. 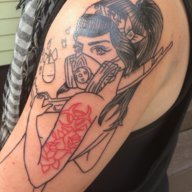 From my understanding, Thailand is generally English friendly especially chang mai..if you go rural though might not be....however, food is cheap there and fresh! 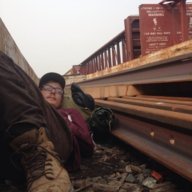 I just got back from a 3 month stint all over Asia, and can honestly say that English will carry you far. There are plenty of people that are fluent and in the major cities you will have no problems. Once you get to the smaller, off the road places, it will be a bit more difficult, but not impossible. If you cannot understand each other it's easy to resort to the age old language of talking with your actions. Hands and feet and creativity works wonders. Most Asian languages are very difficult to learn anything more than a few phrases, due to the tonal nature of their speech and the change in dialect from one province to another, so unless you're planning on staying in one country for a while it's going to be a hell of a time. That being said, it's not impossible, and I would strongly suggest you to at least learned the basics of conversation. The locals tend to act nicer towards travelers that are at least trying to blend with the culture. Good luck, mate!

I think you can get by easily speaking english is Asia. I've been here for 3 months and I learnt the basics only after getting in the country. Most touristic cities have english speaking hostels/restaurants, but you might wanna go to non-english speaking ones for cheapest prices, which is not that much of a problem. Walk around a restaurant, point at the food of someone else that you find tasty, raise one finger to say ''I'll take one'', then pay at the end. Most shops have calculators, so they just type it on them.

For hitchhking, have an english speaking local translate an hitchhiking letter for you, and you should be good. I think the hardest would be to book train/bus/whatever tickets. can get hard, but you should be fine
You must log in or register to reply here.
Similar threads
My trip in Asia!! (First backpacking experience)
News & Blogs How to Travel SEA Under $15 A Day (Including 3 Months in Vietnam For Less Than $1000!)
SE Asia this December - squats, food, freights, tips, etc?
Photos Street art of south east asia
Possible to Hobo in SE Asia?
Cheapest way into Cambodia?
Wild fun in Asia??
Train Riding in Asia
Asia Adventure
Thailand, SE Asia December 2010-->whenever
Share:
Facebook Twitter Reddit Pinterest Tumblr WhatsApp Email Link