Anarchism in the Canadian prairies...is it as dead as it seems? (1 Viewer) 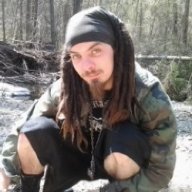 As a resident of Alberta under a reactionary gov't which has enacted savage cuts to public service funding, I am deeply interested in taking direct action, the kind that makes suits quiver (also the positive, uplifting stuff such as starting a food collective, etc.). Yet, to publicly announce a call to all anarchists in the region is simultaneously an invitation to the local fascists (who I have actively been targeting despite their numbers seeming to swell as the comrade count seems to dwindle) as well as an invitation to the local cops, RCMP and CSIS to dig a little deeper into me.

So, with that said, what would be recommended as a safe way of meeting like-minded strangers and allies? 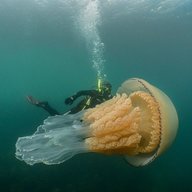 Check out the Wet’suwet’en solidarity rail blockade happening in Edmonton!

I think you’re right that starting with your “ism” is not necessarily the way to go... find out where cool shit is happening and get together with the people doing it

I think you’re right that starting with your “ism” is not necessarily the way to go... find out where cool shit is happening and get together with the people doing it
Click to expand...

Fair and valid points. Unfortunately that was dismantled within an hour or so of me hearing about it.

Well Juan, I guess I will have to be that guy. I bet there are many who would join if it was already in place, so I will have to put it in place.
You must log in or register to reply here.