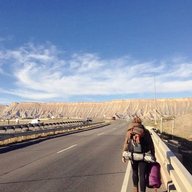 Hey all, thought this might be a good place to connect with people putting anarchist methods of dealing with justice into practice. I've done a fair bit of reading on the subject, but always looking for more resources, so any recommendations for readings are welcome!

I'm also interested in talking to people with personal experience handling violence and/or injustice without relying on the state. How do you define justice and injustice? How have you dealt with instances of violence? What works for promoting "justice," or at the very least, safety, and for reducing violence?

I'm strongly considering doing a PhD on the subject, or just researching it more for personal interest.

I know this topic can be sensitive, so I'm putting an open invitation out there to anyone wishing to speak on the subject rather than just messaging people, and if you'd like to chat more securely we can figure out a way to do so. 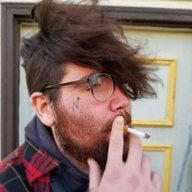 "No justice, just us, comrades united."

No idea where I saw/heard that from, but I think it's a concise enough sentiment.

Personally, coming from a utopian pov, the concept of justice is negated in an idealized fraternity founded upon the basis of solidarity and autonomy for the individual. Now in the real(corrupt) world... what ever crime one feels to be the victim of will be handled according to utility. If it's labour saving and returns to me my idle time, I have no issues feeding somebody to the pigs.

Edit: As far as reducing violence. The only thing I can think of is to try your damnedest not to solicit violence; be that pacifism or other methods of nonviolence. I struggle to come to an answer of how I'd react to violence that is directed towards me, as the only fights I've ever been in have been in a combat sport setting or instances of me blacking out and getting the ever loving shit kicked out of me with no recollection as to the circumstances or causes. The only time I've fought sober wasn't really "violent" as I saw it coming and decided to end it before it could start with the most majestic "Ronda Rousey-esque ippon seoinage into side control" that I've ever executed.

Additionally: I'd claim there is no standard practice for dealing with violence. One way or the other returning coercive power to violence, be that police, mob justice, or gathering a bloc of homies to reassert your honor, would be a lapse of libertarian principles and a great personal sin. The dream of anarchy is a messianic brotherhood that has no need for justice.
errr.. hope that contributes something.

Okay, now I just can't stop myself: Therefor pacifism and nonviolence is the most desirable praxis for myself. Saying that, I don't know if I could "turn the other cheek," or translated: watch motionless as somebody gleefully strides away with my pack.
Last edited: Mar 5, 2018 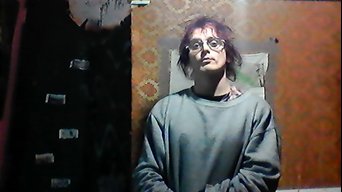 i personally can't stand pacifism. inaction in the face of injustice is a further injustice. nonviolence has a tendency towards a fetishization that opposes any significant acts. 'we can't break a cop car window, it's violent' or 'even if the police are violently arresting your fellows and tearing down your, say, roadblocks, it's immoral to try and physically stop them'. the haitian slave revolt was violent, successful, and justified.

there doesn't seem to be a perfect resolution, but at the very least a fundamental overhaul of the 'justice system' is overdue. the capitalization of prisons is more criminal than most of the actions that led the prisoners to their cells. i'm a collectivist and anti-capitalist, very much for the grassroots. how each collective decides to employ their justice, or protection of it's members, is their own decision. remediation is certainly worth trying, and the obvious issue with employing justice is the ability to prove guilt. i haven't got an answer for that. i think investigations are certainly important though fallible, and i believe that in a well-ordered society where it's members did not need to struggle and sacrifice themselves for a miniscule share of profits, barely enough to afford survival, most issues of crime would evaporate. i think unity is important, to defend physically weaker (less well armed or willing to be violent) groups and individuals from threats. then of course, war will manage to arise over serious moral disagreements. i genuinely believe that eliminating the financial motive and class divisions would be a powerful preventative. keeping power and ability in the hands of every individual, perhaps eliminating inheritance (i'm interested in this idea, heavily), and otherwise leveling the field, i think is the way to process and maintain justice.

need and unhappiness create crime. we as a species have the ability to produce more than enough to house and feed every one of us, sustainably. the profit motive is responsible for nearly every one of our social issues. petroleum, deforestation, factory slaughterhouses, racial and gender inequality. every one of them traces back to power through profit. keeping black people and all women subjugated by refusing them access to financial power and turning them into tools for the men that couldn't till their own soil or find someone to love them.

i haven't written essays in very many years, so i recognize that this is disorganized and i apologize for that. i really want to go back to school.

^Yeah we already have way more empty houses than people, and twice as much food as anyone can eat, we could produce on a much smaller landbase to meet our needs if we weren't doing it for a profit-driven market system...

I've seen better-and-worse, varying widely by local pockets, applications of transformative justice, that are based off looking at structural violence / exploitation that drives conflict between people.
I think it's also worth distinguishing between acts of ignorance or desperation, and very-specific conscious acts of sadism... Lundy Bancroft's "Why Does He Do That?" is tbh better than most [email protected] stuff I've seen on the subject.

right, malice definitely exists, but i think that even that is generally a result of external circumstances. i think almost every 'bad' action comes from fear and pain. if we weren't driven to compete with our neighbors and see every individual and event as a possible scam or wound, we could support each other both practically and emotionally.

have you heard of people growing with artificial light in storage containers? i saw a short video about some people doing so in brooklyn awhile ago, but i neglected to write down any details.
D

I deleted myself
i'm sorry to say that my experiences with this subject, although once informed by high idealism, have been incredibly disappointing. i was peripherally involved off and on with a number of anarchist scenes, both nomadically and more locally, over a period of about a decade. i found it incredibly toxic and the attempts at pursuing 'justice' within the scene were usually some of the main examples of this, although to be fair in every case i think they just expressed underlying dynamics - it's not like something went wrong just at the moment of trying to implement a 'process' or an 86ing or something.

basically responses to disturbances and violence within 'communities' that i saw fell largely into two categories which are not mutually exclusive and tend to turn over into each other: 1. passive aggressive talking behind people's backs/online, people judged by 'public opinion' and excluded with dirty looks but not made to understand what they'd done; and 2. some kind of directly aggressive public call-out and/or violent attack setting off a chain reaction of taking sides, sometimes further incidents.

it's understandable that most often people don't have time, energy, resources, etc, or even interest for dealing with difficult people and help them try to fix what they've done, and difficult people by definition may not be easy to work with or willing to 'work on their shit'. but then i've seen shit go way sideways that seems like it really shouldn't have to because people were more inclined to be awkward and/or self-righteous about it.

i guess i don't want to go on too long about all the reasons i think why that is, but in short calling yourself an anarchist or even believing it and trying to put it into practice isn't the same thing as knowing how or being able to do that. we are all damaged products of a fucked up world. people may tend to passive aggression and avoidance out of genuine desire to be peaceful, respectful and not try to set up quasi-judicial authority; also, maybe because they are from middle or upper class backgrounds and kind of just brought up that way. then, people explode with rage either because that didn't work, or because they were driven into radical politics by hurt and anger and need a 'win' and other anarchists are easier to lash out at (successfully) than cops, nazis etc. or because they, too, are bougie softies who are trying to prove they aren't that by acting super militant about the people who are 'fucked up' (and will often claim to be acting in the name of 'the community' or some such entity that usually doesn't really exist).

it's a noble goal but the solutions are badly lacking and over time i've come to see why. it led to me becoming disillusioned with organized radical politics. there are all sorts of crazy motivations and damages that people come in with and it can also result in activism that looks like trying to fistfight a brick wall or carry water in a sieve. i stick to my own projects and my own beliefs these days and now and then i try and help out where i can. but unfortunately wanting to change the world and being able to are two very different things and i think you've hit the nail on the head here with a topic that gives a very strong illustration of why that's so....

@oak moth From my view there seems to be a great backlash against moral crusading occurring within the anarchist diaspora, which I myself am a participant in. Obviously anarchist activity and culture is wide ranging and extensive, and undoubtedly the militant-chique "radical as fuck" crowd is present, but within the growing post-left movement there is a do nothing ethic. Society is fucked and shit sucks, so do what you can to express your fullest autonomy on an individual basis.

Now for labelling, because in English, it's useful and does a good job of explaining things.

That's the difference between the anarcho-socialists, who love them their organizing, and the post-left (HEAVILY influenced by Nihilism, individualism, and are anti-organizational)

Added: I fucking hate when anarchos decide they know exactly how a revolutionary society would function and attempt to superimpose their rhetorical "justice" over a society that is built with faulty, undesirable infrastructure. Fuck the moralists and their justice. (Had to get that out of my system)
You must log in or register to reply here.