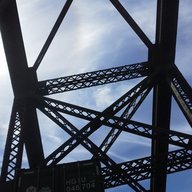 If I was to tell you there was a society in which longevity, real incomes, savings — not to mention, happiness, meaning, trust, and democracy itself — were all shrinking at record pace, what would you say? I’d say it was collapsing — whether or not its people knew it, or wanted to know it. Yesterday, that society was the Soviet Union. Today, it’s America. And it strikes me that these two collapses are eerily similar in many ways. Now, I’m not crying: “America is the Soviet Union, dude!!!111” — but I’ll come to that. First, the parallels.

Friends across the world often ask me: “why don’t Americans do more to fix their crumbling society?” They’re aghast, astonished. I tell them the reality of American life: Americans would, if they could, but they can’t, mostly. Apathy is forced on them by a predatory kind of capitalism that forces them to live something like poor people in a rich country. Breadlines — insulin lines — what’s the difference, really? Americans are forced into being apathetic, weary, drained of energy and ideas and time, by a fatally broken political economy which makes them more and more of them live at the edge of ruin, more and more so every day — but that forced apathy, my friends, is the kind of trap that has led societies throughout history to collapse, whether the USSR or Rome.

What happens if you do try to change the system, though? Well — how exactly are you going to do it? The second way American collapse resembles Soviet collapse is through one party rule. I mean this in a subtle way. It’s true that one party controls most of America’s government — and its society, too — and that party has imploded into the kind of extremism that makes dictators proud. Still, think about the opposition for a moment. What do you notice? They don’t oppose... 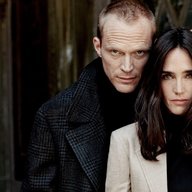 There's a lot happening. A lot of bad. A lot of good.. But what even is "America" anymore?

The word is meaningless. It's just capitalism and all the depredations of an increasingly fragmented/dysgenic clusterf***. Maybe it needs to fall. Maybe it ought to.

But yeah.. who has the time anymore. And pretty sure surveillance is in full tilt now. There's very little that can be done but watch and wait and pray. 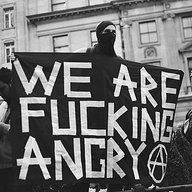 The last vestige of hope for capitalism is state capitalism. As it devours itself through its systemic requisite of the exploitation of property, labor and/or capital itself, it's only salvation(albeit for a limited time) is through the shifting of power more so towards the state regulating the supposed "free market. " Its an inherent systematic economic progression under the confines that constitute its very foundation. This is one of the reasons that the majority of Marxist theory (not only the economics of Das Kapital but the praxis of the dictatorship of the proletariat withering away the state) is useless to facilitate a different outcome. After all this is how the working man's international split with Bakunin calling out his praxis. Though it is note worthy to say that it accelerates capitalism towards it doom, but the price is mass poverty, unabated state control, and situations like Holodomor. All supposed communists states (Cuba being the exception but not the one we want) have been and simply are state capitalism. Hell, Lenin himself admitted that the USSR was state capitalism and Stalin declared they had only reached socialism once he feared revolt and did so to quilch the anger of the masses, but that doesn't make that anything but a pr campaign. The similarities are striking, because the similarities are there and very real regardless of the economic and social names applied. An actual people's insurrection is the only alternative. Towards anarchy! Towards peace! Towards a better tomorrow!
You must log in or register to reply here.
Similar threads
The modern american liberal
The REAL American Currency? [mainly just musing]
The Anxiety of Being Mexican American
The disappeared: Chicago police detain Americans at abuse-laden 'black site'
I'm an American! I think.
American Californian Danzig/Christiania
" The American Dream"...video about the Federal Reserve Bank and related issues
CDNS Say No to BUY AMERICAN Deal
Soldier Claims Authorities Training To Intern Americans Who Refuse Swine Flu Shot
North American Union
Share:
Facebook Twitter Reddit Pinterest Tumblr WhatsApp Email Link