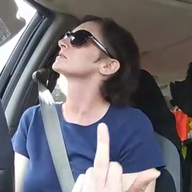 Try to put this together the best I can, with what time I have free right now.

The lower left hand corner depicts the Great Spirit holding the reed through which the people traveled to enter the fourth world. The people had the choice of taking either of two paths: the upper horizontal line is the materialistic path, while the lower line is the spiritual path. The first vertical line (just before the circles) represents the moment that the white people returned to Hopi land. (In the actual petroglyph, the people on the top line are not connected with their heads, which indicates their dissociation from their spirituality and the Creator.) The first two circles represent World War I and II. The vertical line following the two wars is the last chance that the people on the top line (people in our modern culture) could return to the spiritual path and therefore survive to enter the joy and abundance of the fifth world. The materialistic path then becomes jagged and gradually fades away.

The circle represents no beginning and no end -- the infinite Great Spirit. The Indians believe we are the Fourth World. When the Third World was destroyed, those Indians who had listened to the prophets were guided to places of safety underground. After the Fourth World was created, they assembled at Four Corners and were instructed to spread out in the four directions. Four (4) also represents the four elements in nature: fire, water, air and earth; and the four color races of man: black, yellow, white, and red.

the Great Spirit gave each of the four races two stone tablets. Ours are kept at the Hopi Reservation in Arizona at Four Corners Area on 3rd Mesa.

In the Hopi Prophecy, a white man would come to them and help transform the entire continent into a spiritual paradise. He would be recognized because he would carry the fragment of stone which would complete their Holy Stone, filled with Indian writing characters. The Holy Stone had been preserved for thousands of years. Thus, when the white settlers came to the American continent, remembering their prophecy, they were openly welcomed. The Indians shared all they had. In return, all the White Man did was to take. The Indians noticed that their White Brothers had brought a cross. However, it was not enclosed by the circle of the Great Spirit, thus showing the White Man had lost his way.

The prophecy also talks about creation of atomic bombs as catastrophes of great heat, equal to the heat of a sun. It also warns about tampering with the moon (violating its nature by removing rocks and soil).

Hopi elder Thomas Banyacya has written, "Our true white brother, when he comes, will be all powerful and he will wear a red cap and cloak. He will be large in population and belong to no other religion than his very own.

To the Indian people, the red people, he gave the Guardianship of the earth. We were to learn during this cycle of time the teachings of the earth, the plants that grow from the earth, the foods that you can eat, and the herbs that are healing so that when we came back together with the other brothers and sisters we could share this knowledge with them.

To the South, he gave the yellow race of people the Guardianship of the wind. They were to learn about the sky and breathing and how to take that within ourselves for spiritual advancement. Maybe something to do with meditational breaths and reaching "higher planes".

To the West He gave the black race of people the Guardianship of the water. They were to learn the teachings of the water which is the chief of the elements, being the most humble and the most powerful. I was thinking this would refer to emotion. How to treat and emotionaly care for each other.

To the North He gave the white race of people the Guardianship of the fire.
I don't agree with what everything on the internet says about what this means for the white race. I more believe it should have something to do with spiritual purification, in the form a etheral fire. Might be wrong, but that's just my personal belief for the whit race.

I could've screwed this up or have it all wrong, but it's the best I have to throw up there in short timing, for what I've been in able to teach myself.
Anyone feel free to jump in and correct me.

myth is usually based on common sky phenomena, ancient people watched the sky on hot nights sleeping outside. there was no tv and this was very interesting.

like snow white for example red as blood white as snow black as ebony. maiden mother crone 3 fold goddess.
white is the day the maiden, red is the mother the setting sun and menses, black is night death the crone. snows mom wants to eat her heart (the sun) so she doesnt become the crone and die, snow whites daughter will do the same to her.

little red riding hood- a little blond girl in a field in the morning (the morning yellow sun) puts on a red hat (the setting sun) goes west to grandmother deaths house (night the crone) what happens when the sun sets? the wolves howl.

so native americans arent from india nor are they red. they wore ochre paint as sunscreen. when do you see the red sun? when it lands west on the EARTH.

natives in south america arent yellow most houses have windows oriented to the south to catch the morning yellow sun in winter.

the sun sets in the west, and the sky turns black, africa is east of the united states.

i dont think this is about physically real peoples it makes more sense as natural and sky related things and doesnt check out with trans migration patterns or geography. im sure its a wonderful story in its complete context. 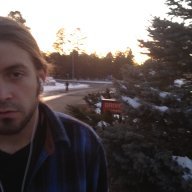 You should watch Spirit Science its a cool theory about life and the history of humanity.
You must log in or register to reply here.
Similar threads
Anyone else feel like changing directions?
Need directions
How do I improve my sense of direction?
people giving bad directions
National hitchiking/trainhopping race
Gender/Race/Cultural Specific events
Poetry corner... My Hat
Share:
Facebook Twitter Reddit Pinterest Tumblr WhatsApp Email Link