There is a line people, and I beleive this young man crossed it!

An L.A. gang member, Nazario Conchuza Gonzalez, who is part of the infamous Ms-13 gang, also called Mara Salvatrucha, has died of medical complications after attempting to gold plate his own genitals to celebrate his 17th anniversary.

The young man that is originally from El Salvador and is an active member of the MS-13 crime family is believed to have attempted to gold plate his own genitals with a professional automotive gold plater stolen from a local garage after first painting his genitals with a lead-based paint, believe experts.

The 17-year old man who was allegedly a fan of the 2002 Americancomedy movie Goldmember, which is a loose parody of the James Bond films Goldfinger, had taken the Spanish nickname of “Pelotas de oro”, or golden testicles, before attempting to gold plate his own genitals to his ultimate demise.

Gold platting one’s own genitals is “a medical impossibility” and should not be attempted, warns Dr Ian Joseffson

Dr Ian Joseffson of the Los Angeles Community Hospital warns of a growing trend within gang members to attempt the “deadly operation”. “This is the third case this year, but we have had many occurrences in hospitals in the region these past years. It seems to be a growing trend within the gang member community” he told reporters. “I have no idea where this idea comes from but plating one’s own genitals will only ultimately end in serious medical complications or even death, as we have seen in this case” he explained.

Some experts believe the tradition might find it’s roots in prehistoric Mesoamerican cultures, such as the Mayas who painted parts of their bodies with gold paint to empower themselves and as an offering to the Gods. 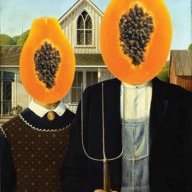 That's how I wanna go 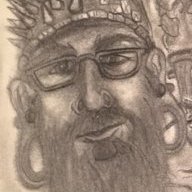 Kids today, not too bright, especially the MS-13 ones apparently... Reminds me of the article where another 17 year old MS-13 kid went blind cos he tattooed his scleras and "didn't do it right" (you can totally successfully and safely tattoo your scleras, you just gotta know what you're doing, and he didn't): 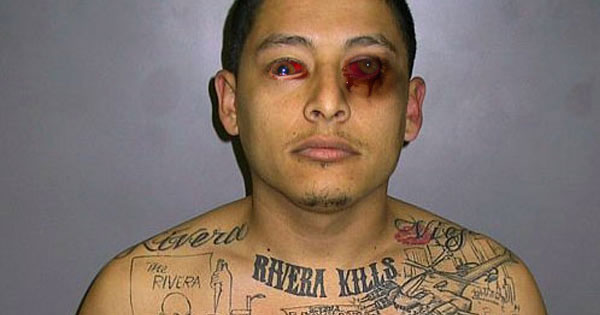 The young man that is originally from El Salvador and came illegally into the country when he was only 8 years old has lived in the streets for as long as he remembers until he became a member of the MS-13 family only three years ago.

The 17-year old man who has been captured on video camera this week fleeing from a convenient store after an armed burglary with accomplices admitted his crimes to police officers, hoping they would fix his eyes in exchange for the information. 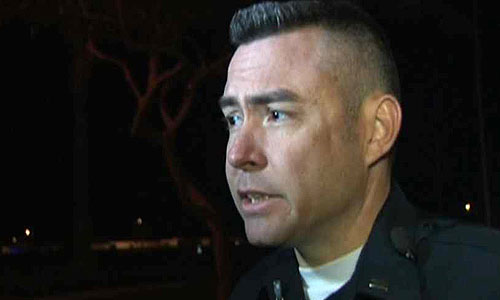 The young man gave himself up after going blind from his tattoos, hoping local police officers would help him get his eyesight back, recalls Officer Simons of the Los Angeles Police Department

Police officer Juan Simons says he was shocked to see the young man willfully come inside the police station and admit all his crimes to him.

“He just started crying and told us he would tell us anything we wanted as long as we would bring him back his vision” recalls the police officer. “I reassured him we would do the best we could and called an ambulance immediately as his eyes were bleeding and were so swollen they looked like they were going to come out of his eye sockets” he admits, still visibly shaken.

If it is highly likely that the criminal will lose both use of his eyes and should stay at the intensive care unit until his court sentence, the information he has given police officers could lead to many arrests, believe experts.

“He has given us, in only a short time, a comprehensive list of drug and weapon resell points, gang leader names and even names of possible corrupt officers within our own forces, which need to be authenticated”admits a spokesman for the Los Angeles Police Department.
K

I deleted myself
Rip, brother.

Wtf and I thought folks in my home town were dumb!

Good lord - should I ever EVER run into someone for a late night rendezvous and he whipped out some gold thing I'd be like what da fuk is that - and it's not going anywhere in there! LOL.

I have a feeling this entire gang of idiots holds the spaces for the Darwin awards.


See this savvy girl gets it... she's gonna be a doctor someday. 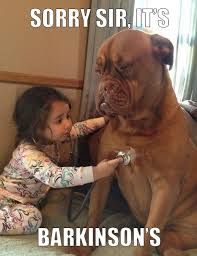 I think I will stick to my neon body paint, leather belt, and assorted chocolate syrups after reading this... Suddenly I feel so normal.

Shinobi said:
I think I will stick to my neon body paint, leather belt, and assorted chocolate syrups after reading this... Suddenly I feel so normal.
Click to expand...

Looks like the story is a hoax. That must mean that it's actually good for you to dip your body parts in lead-based gold paint.
Last edited: Jun 23, 2015

Its all fun and games until someone gets their Wang electro plated...

Ya think the doctor saw it and was like "Au, how ya feeling?"

BWAHAHAHAHAHA that is so fn funny it made my am for sure.

"I'm low on funds doc, can you just plate the scrote and I owe ya?"
K

Shinobi said:
Ya think the doctor saw it and was like "Au, how ya feeling?"
Click to expand...

Au, was that on purpose?

The doctor always has to touch where it hurts, great way to get felt up.

Au is the periodic abbreviation for gold.
You must log in or register to reply here.
Similar threads
Squat the Paeans — Member Appreciation Thread
Which stp member is this???
Four loko Gold 14% ABV (a review)
Train full of gold found
anybody ever pan for gold?
Share:
Facebook Twitter Reddit Pinterest Tumblr WhatsApp Email Link