Anyone know if my theory about a serial killer has any basis? Jackson, MS

So, when I traveled last time, I remember coming through Jackson, MS. If you've ever been there, the Greyhound station is right below a set of tracks, it's a good little spot to hop or to catch a ride with the 'Hound, with the Interstate not being too terribly far, either.

Another interesting tidbit is that it's fucking ghetto as shit and is crack rock central.
In fact, that whole city is. I meandered through that whole part of the city there for 2 days, one was a weekend the other a weekday.
I don't give a shit what you tell, me there are at least 23 people total living in the city of Jackson, MS. What an absolute ghost town.
Maybe it's just the areas I were in are dead, I don't know, but jeez, breathe some life into that town.

Anyways, on to the theory; I hung around the Greyhound for obvious reasons (people & opportunity if it's not obvious), and was there most of my time for the 2 days. During that time, I kept seeing a man who I can only describe as looking like Gale Boetticher from Breaking Bad, but if Gale had turned out to be a crackhead rather than a genius chemist.
Here is the best picture I found for relation. 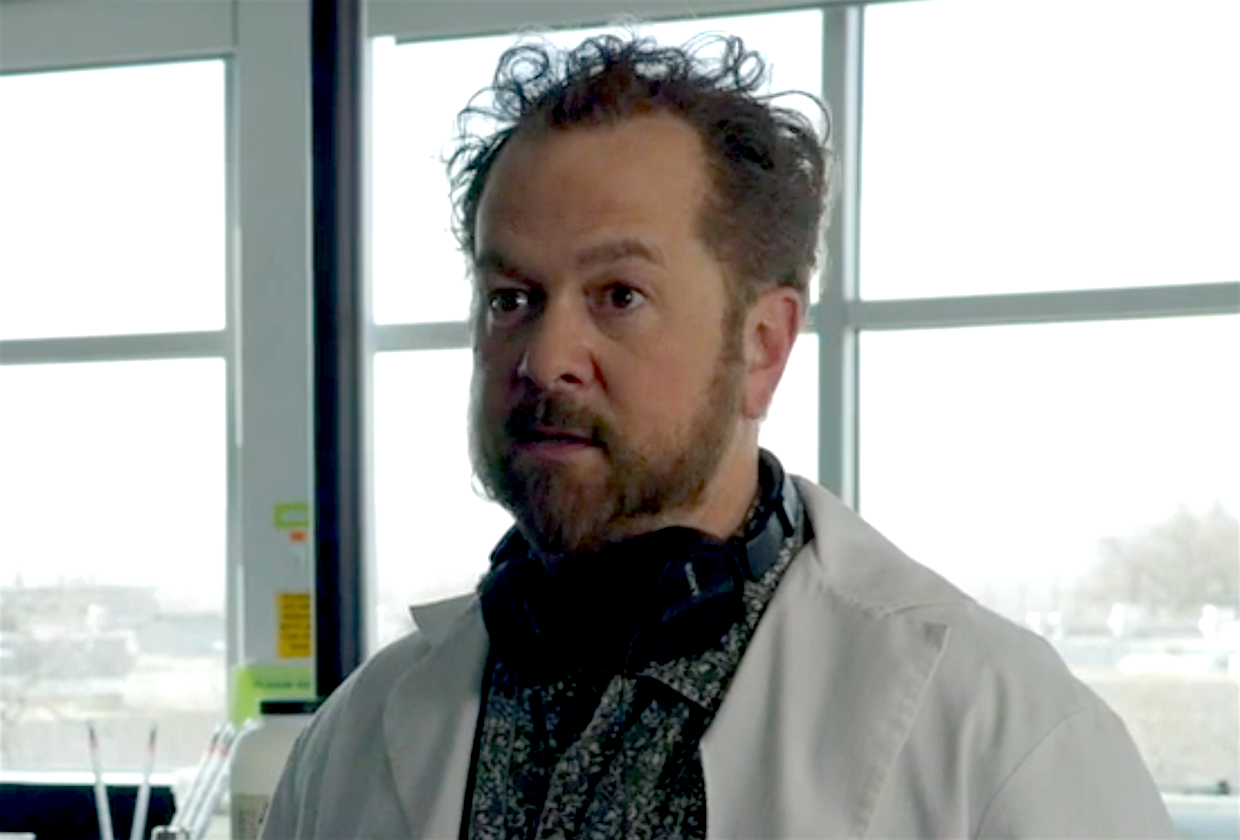 So, I keep seeing this guy, he is in his car and he is hunting for something. Naturally, considering the area, I tend to just think he's looking for either crack or sex. I mean, seriously, you know what I mean.
But, he never really gets out of his car and he just drives off periodically. Then he'll back an hour later. This is happening constantly starting from like 7pm up until easily 2-3am.

Well, I forgot to tell you the creepiest part about all of this.

Each time he pulled up to the area and was 'hunting', he was staring me down. I had made eye contact with the guy multiple, multiple times. Not like we're next to each other, or anything, I mean distant, piercing gazes.
At some point, I begin to feel weird about the guy, I think maybe he's just gay or something and maybe I'm the best piece of meat out here. (only white kid, and I wasn't exactly the ugliest thing you'd ever seen, I've got at least hair going for me)

Well, now it's like 3-4am and I'm realizing no good train is coming tonight, at least not in time for me to want to stay up for it. I go ahead and grab my bag and start walking into the city, remembering some vacant lots I planned to utilize.
Well, how about 2 blocks from the Greyhound building, I see a figure walking behind me, staring straight at me. Of course, let me remind you again, this entire city is dead. The ONLY place with people, and I seriously mean this, is the Greyhound. I had not seen but one car driving through the city at a time ALL DAY. (well, apart from old serial killer boy ol champ)

When I see that this guy is clearly after me, I go ahead and let him know I see him by completely facing him, walking backwards, then turning back while kinda keeping an eye on him. As I turn to him in this maneuver, he, of course, like the pussy he is, deflects and changes course (even though, again, it's obvious what is going on at this point, he has been eyeballing me for hours and has now gotten out of his car and followed me into the darkness for 2 blocks).

I know he knows the layout here, he was here before I was. So, I turn back towards the Greyhound on the parallel road in front of it, coming back to find him and keep my eyes on him as a safety precaution.

Anyways, it's now almost sunrise, definitely still dark, but we're within the hour, and I had been chatting with some homeless or druggie, I honestly don't fucking know what was going on with the guy but he liked music and I liked music so who the fuck cares. We're chitty and chatty and I'm sort of enjoying the company, not being aware as I should, and here comes serial killer manboy coming up to me with his hand behind his waist (as if he has a weapon, in my head a pistol) and his other hand casual. He is now within feet of me and I feel a bit frozen, because I feel it's a gun and I know my cards are played here. There is nothing to do in my head.

As he walked towards me, his gaze was stony, directed straight onto me. He didn't miss a blink or a step as he walked to me in this position, hand behind his waist, seemingly ready to draw, completely set upon me with his eyes.
He stops directly in front of me, points to the large clock behind me (public city clock thing) and asks me what time does the clock say it is, without him EVER taking his eyes off of me.

He DID NOT stop looking at me EVER.

Remember this point, every single time I have interacted, even just distantly in a crowd, it has been him staring at me.

I froze, then I just reacted.

I slammed my 120lb bag right on him and zig-zagged down the street. I took a right, another right, and another right.
I was now back at the point where it happened, but also in the public space of the Greyhound. (the event occurred slightly down the road of the actual public area of the Greyhound, if you've been in the area you may know what I mean)

I saw the guy I was chatting with earlier, I went and talked to him, told him sorry but that that guy was creeping me out all night; he thought I was crazy and just didn't even talk to me.

My bag was still right where I threw it, no serial killer.

I got my bag and decided maybe the Interstate wasn't a bad idea...
•••