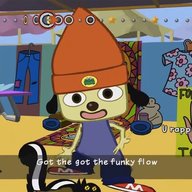 However yesterday I took the opportunity to check out Slab City Library and the Salton Sea.

I gotta say the drive was worth it!

I just wish i had more time off work.

Anyways, back to work!

However yesterday I took the opportunity to check out Slab City Library and the Salton Sea.

I gotta say the drive was worth it!

I just wish i had more time off work.

I don't even think this qualifies as a travel story. You didn't say anything about yer trip at all save for that you went. Maybe elaborate a bit more?
OP

SlankyLanky said:
I don't even think this qualifies as a travel story. You didn't say anything about yer trip at all save for that you went. Maybe elaborate a bit more?
Click to expand...

Yeah i was planning to add more throughout the day.

I'm at work right now and its tough to write alot when i get alotta calls.
OP

So I decided yesterday morning to be a bit adventurous and check out the slabs.

I headed out from the south bay around 8am. I took the 91, eventually connecting to the 111 highway. Boy was that road fun! No one was around and there's plenty of desolate roads to redline your vehicle on. Nothing like speeding down the highway, having the windows down and feeling the air hit your face.

Heading down highway 111, I noticed the Salton Sea. I thought it was beautiful from a far with white sand beaches. I couldn't understand why it was so empty.

After a 4 hour ride from Los Angeles I arrived.

I stopped at the local liquor store, grabbed an ice chest, filled it with ice, a water bottle and a six pack of blue moon. Not my first choice but what do you expect from a store in the middle of the desert.

After grabbing the beer and ice I headed straight to the library.

Met a really cool dude there(Andrew), we chopped it up and had a really great conversation over a few beers.

However after not eating all day, drinking a couple of cold beers in the hot desert. I decided to kick rocks and get something to eat.

Andrew gave me a great recommendation for the local restaurant buckshot. The have the best homemade tortilla chips and salsa! I know that is a bold statement coming from someone who eats regularly at Mexican spots throughout east LA/LA area.

As I left the library,
I drove around the back roads and checked out the art. I gotta say I love driving on gravel and sand. Makes me want to get into rally racing.

However my car isn't equipped to handle the sand and I almost got stuck a few times and after almost going into an unexploded ordinance area. I decided to head out. Originally I was going to go to TJ afterwards but I think the food got me lazy.

As I headed home. I stopped at the Salton Sea and boy was that place foul smelling. I wanted to check out the eroded bones on the shore from all the dead animals but decided not to after seeing many rangers there and not wanting to pay $7 for parking.

Anyways can't wait to go back during the fall and check out more camps.

Haha, if you head back, make sure to tell Andrew that 'Coywolf will be back to institute Ska Bar in a short while...'

Ya. The Library is definitely the best place in the Slabs that I know of.

Oh, and you know about the Jambo right? Just thought I'd bring that up.
OP

Coywolf said:
Oh, and you know about the Jambo right? Just thought I'd bring that up.
Click to expand...

This is where you can find information about our yearly gathering of nomads and miscreants!

kriminalmisfit
tucson to phoenix? trying to pick kids up. i wanna see how many hippies fit in a dodge caravan
Yesterday at 2:29 PM •••

SteveO85 Ponyriderijk SteveO85 wrote on Ponyriderijk's profile.
What up dude?Just trying to find similar people with similar views in the area...
Wednesday at 12:44 PM •••

Juan Derlust
When all else fails, go ahead and rely on instinct
- animalistic is our most natural mode
Tuesday at 5:39 AM •••