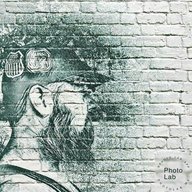 So... During my stay at Ft. Ord Dunes State Park, which has an interesting past, I came across this abandoned water facility that evidently serviced the Military base while it was active. It took me a minute but I found a inevitable cut in the fence, after noticing several mended, and because of left heel issues I decided to use this place as an overnight squat.

Ft. Ord Dunes State Park
Before construction and official designation as a fort in 1940, the land was used as a maneuver area and field-artillery target range during 1917. Fort Ord was considered one of the most attractive locations of any U.S. Army post, because of its proximity to the beach and California weather. The 7th Infantry Division was its main garrison for many years. When Fort Ord was converted to civilian use, space was set aside for the first nature reserve in the United States created for conservation of an insect, the endangered Smith's blue butterfly. Additional endangered species are found on Fort Ord, including Contra Costa goldfields and the threatened California tiger salamander.

While much of the old military buildings and infrastructure remain abandoned, many structures have been torn down for anticipated development. California State University, Monterey Bay (CSUMB) and the Fort Ord Dunes State Park, along with some subdivisions, the Veterans Transition Center, a commercial strip mall, a tandem skydiving drop zone (Skydive Monterey Bay), military facilities and a nature preserve occupy the area today.

On April 20, 2012, President Barack Obama signed a proclamation designating a 14,651-acre (5,929 ha) portion of the former post as the Fort Ord National Monument. In his proclamation, the President stated that, "The protection of the Fort Ord area will maintain its historical and cultural significance, attract tourists and recreationalists from near and far, and enhance its unique natural resources, for the enjoyment of all Americans."

i liked your other videos on this spot as well, you should start a youtube channel.
OP

Matt Derrick said:
i liked your other videos on this spot as well, you should start a youtube channel.
Click to expand...

Got two! Here;
RaZin_da_'Bo
Solo_Drifter's Experience
The second I utilize after constructing all my short Train Hopping videos to make a 'movie' and the first I've really just started but going to start using it for other extracurricular videos like automatic uploads from my Ramblr ( Travel Tracking App) etc. Solo_Drifter's Experience I
And this year's collection {Ramblr} Solo_Drifter's Experience II
My only problem seems to be deciding what platforms to utilize for what content...tho I'm on a few groups on Facebook for Train Hopping info, I'm liking your website for that extra option but, of which, offer's more... thanks for being interactive! Another reason I enjoy being here!
You must log in or register to reply here.