Toggle sidebar
Menu
Install the app
You are using an out of date browser. It may not display this or other websites correctly.
You should upgrade or use an alternative browser.
Photos Featured

Up and Down the Coast (Good Time With Good Mates)

I love sharing photos, and there is never much going on in the Oceania section of StP so I thought I'd share some more!

Ended up going up and down the East Coast of Australia (between Brisbane and Sydney) a couple of weeks back. The main aim was catching up with mates and sorting our some visa bullshit for when I move, as well as catching Holy Locust for a few shows. 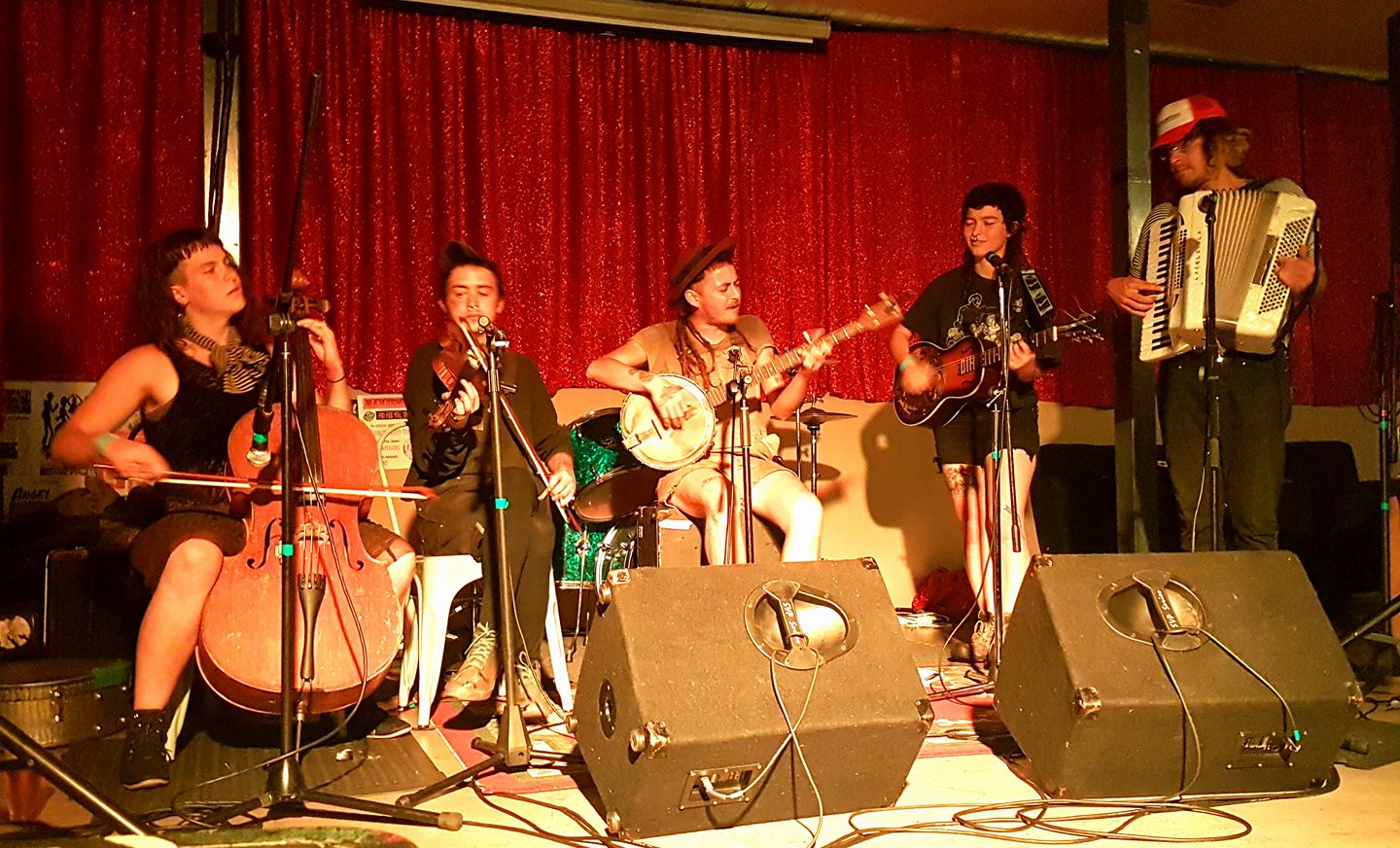 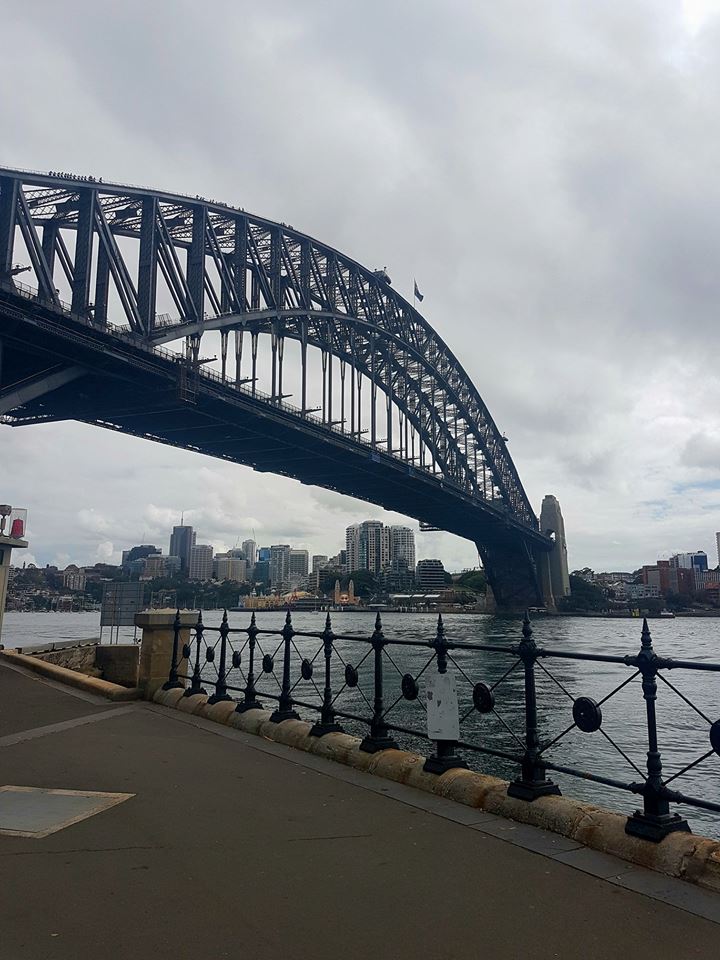 Then being a wandering touristy places in my home town - Sydney, NSW 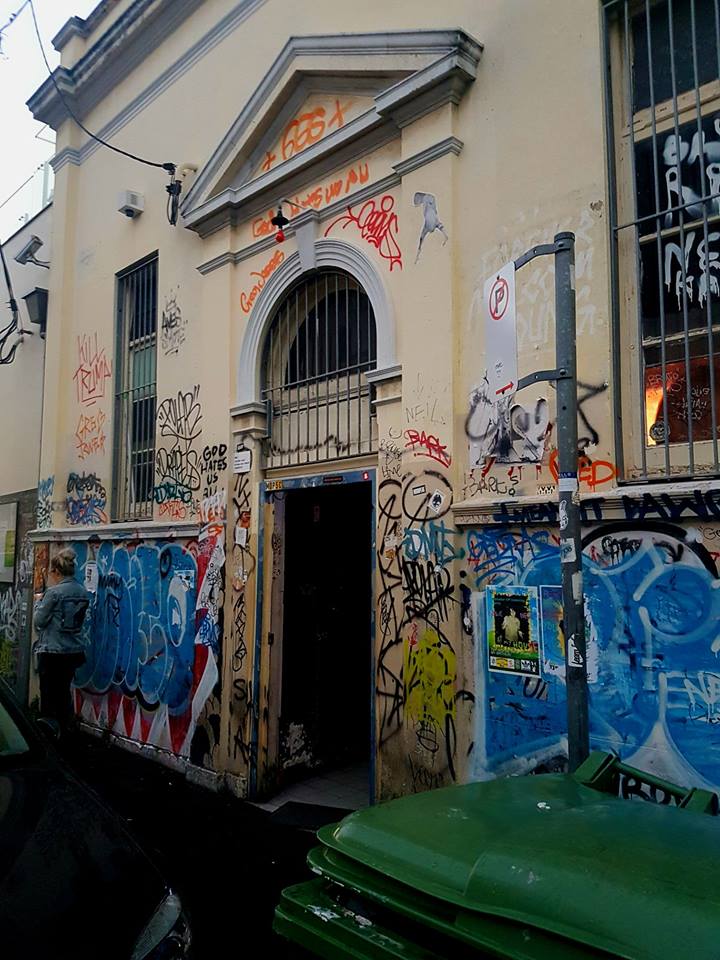 Too many beers in here - Marys in Newtown, NSW 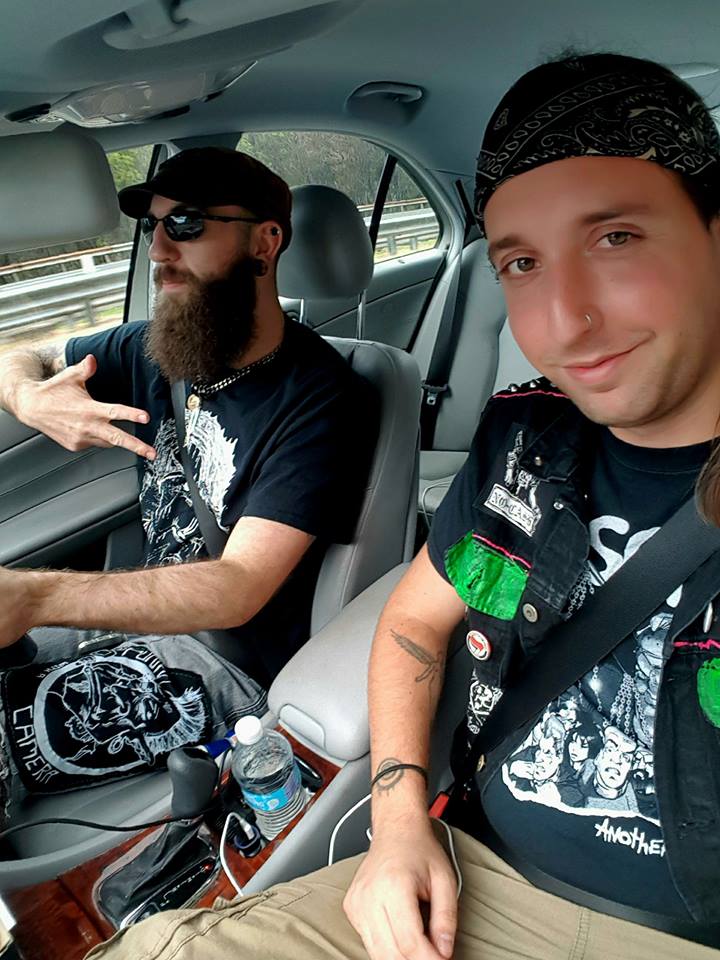 Bummed a ride with Canberra Timmy to catch Holy Locust again (and some local folk punk) in Newcastle, NSW 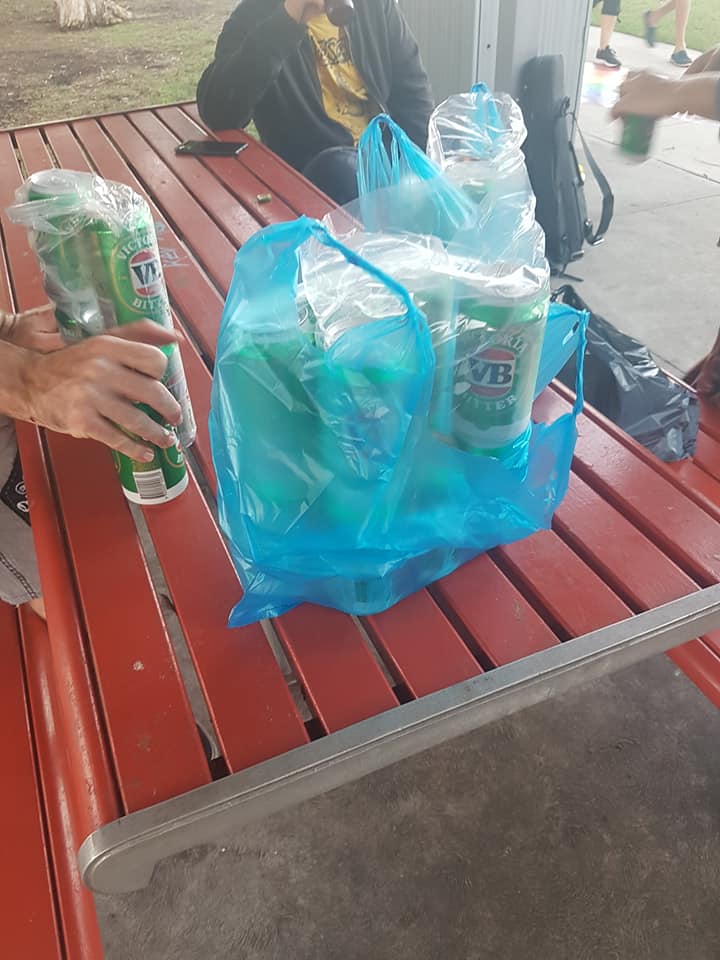 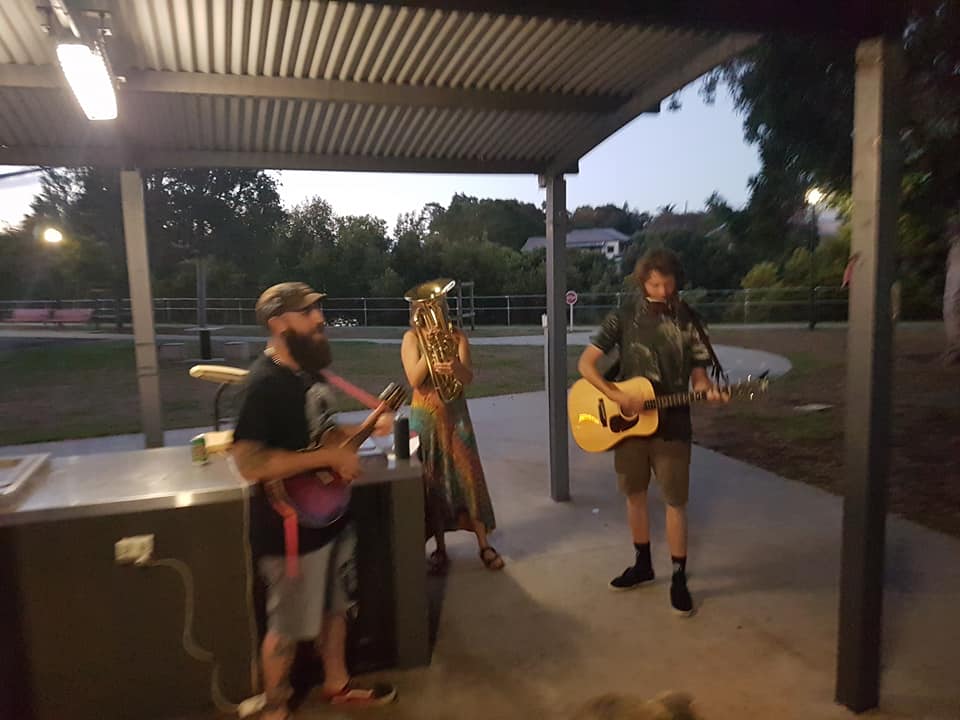 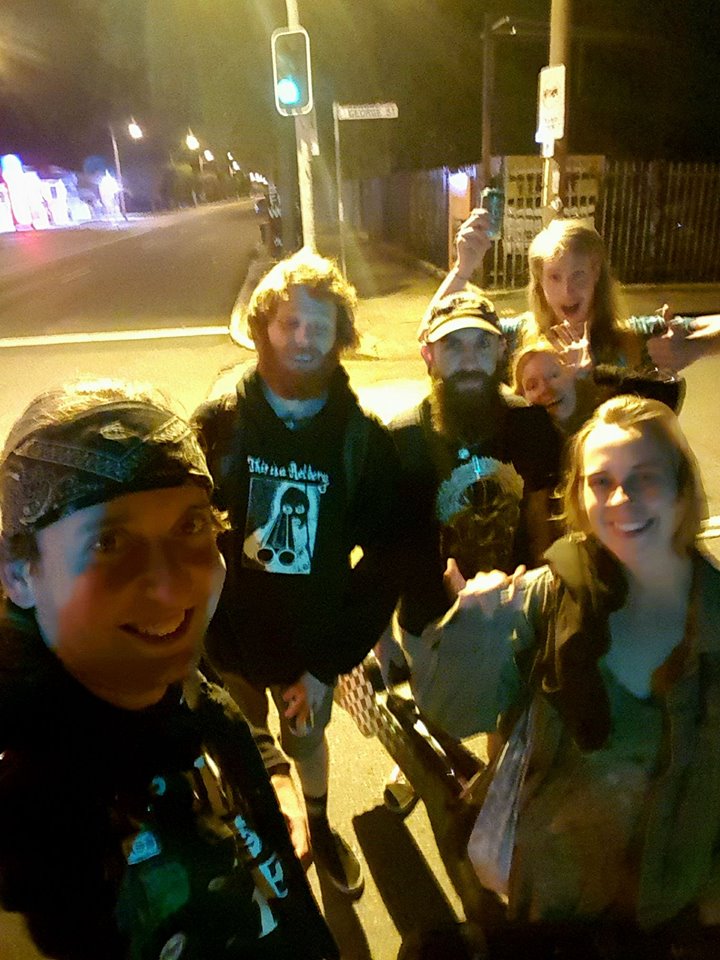 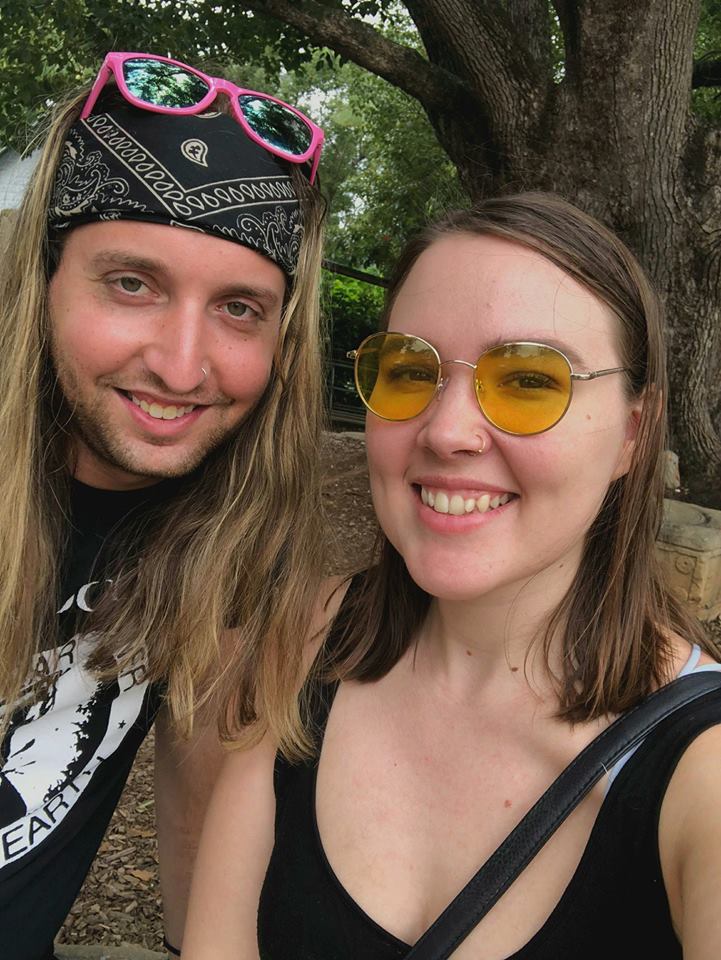 Back to Sydney to catchup with Princess 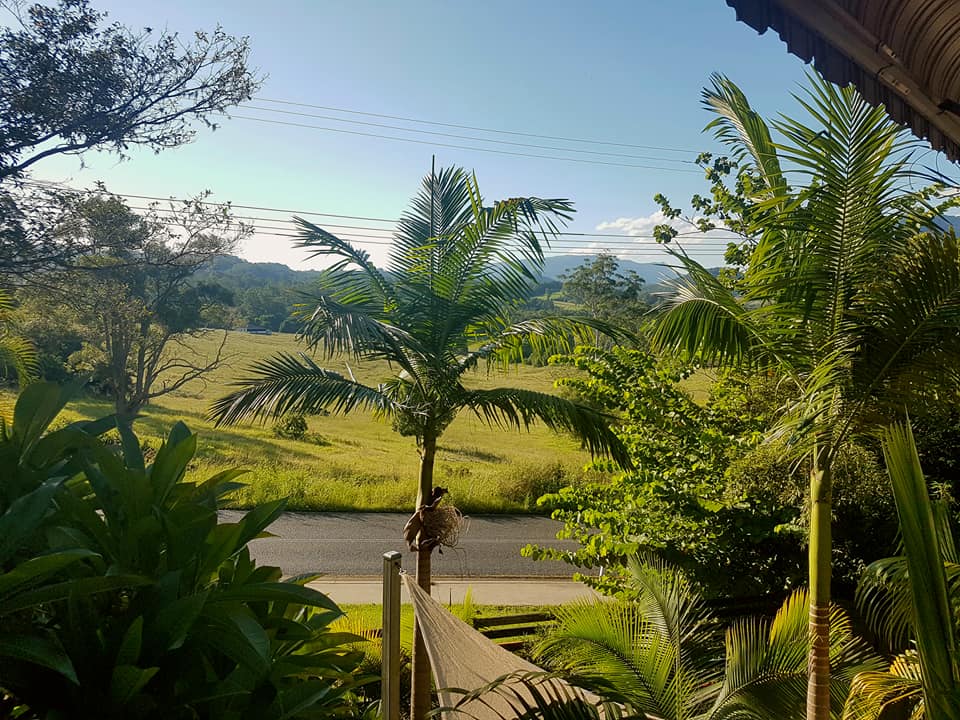 Then back up the coast to Nimbin, NSW for a couple nights 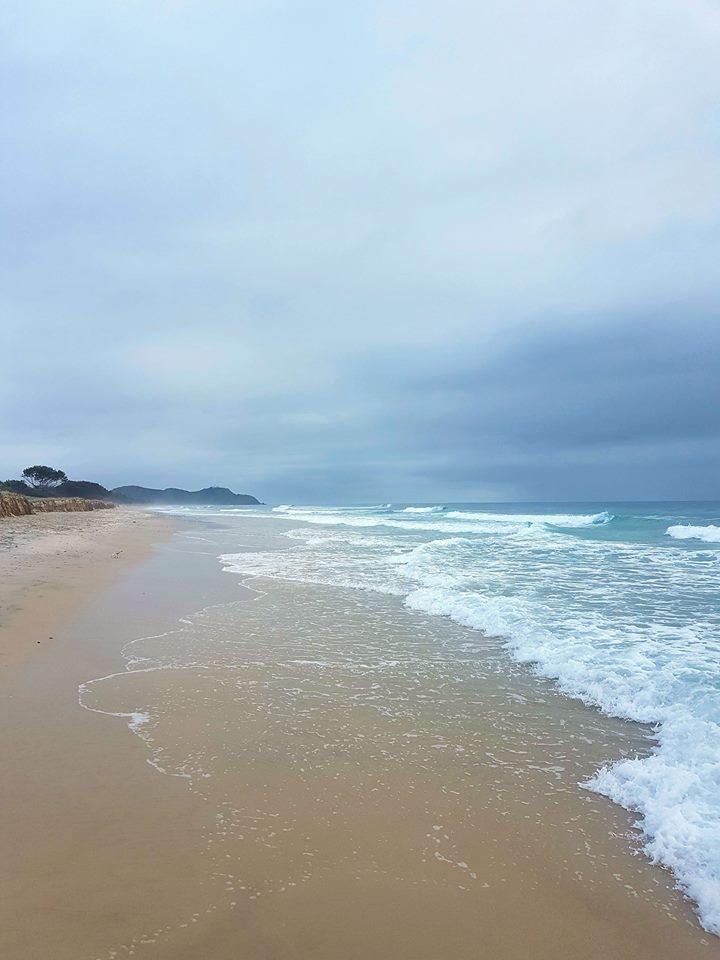 Then just outside Byron Bay, NSW for a spell

...eventually ended up back in Brisbane.

Benji91
The token Aussie. Born in Sydney, lived most of my life a little North of Brisbane. Spent a fair bit of time in the USA and Canada (the Kootenays in BC were homebase for a while). Also bummed around England, the Netherlands, Thailand and spent...
View all 1 featured items

This may seem a rather random & unresponsive post; if so, I apologize. I just got back from hiking & I'm too tired to write it a proper introduction. And unfortunately I had no camera, so instead of pictures, you get a thousand or so words...


I am on the side of a mountain, looking straight up at the top of Mount Tam looming above me, much larger & closer than I’ve ever seen it. It is about mid-afternoon, clear sky, sunny, 60 or 70 degrees: a perfect day. Yesterday evening I set out, on foot, from Greenbrae, carrying a backpack, bag of groceries, tent & sleeping bag. My original quest was to make it all the way to the top of Tam by tonight. I told J. to think of me & wave up at the mountaintop this evening around sunset. That plan has proved slightly overambitious. Burdened as I am, & not having brought adequate water, I am settling for the spot I’m at now as my bed for the second night --- within sight of the summit (& how!), but still hours of steep hiking away from it, no doubt. I guess that I am on the crest of one of the neighboring slightly smaller mountains; not King Mountain but the one flanking Tam on the other side. Fair enough. I’ll come back, better prepared & hopefully in company with friends, soon to achieve the pinnacle. For now, this is a dramatic enough view to enable me to gain some perspective, as was my hope before setting out.

Yesterday I hiked up through Madrone (or Baltimore) Canyon --- barely resisting the urge to stop by M’s house along the way (she whom I have nicknamed The Madwoman of Madrone Canyon) --- marveling at the beauty of it &, I must admit, envying those who make their home there. I was filled with the conviction that it is the most enchanting place I’ve ever been, as far as places where large numbers of humans make their home. I mentally compared it with the most astounding neighborhoods I recall from my wandering days in San Francisco (Diamond Heights, Grand View, Mt. Sutro, Twin Peaks, Noe Valley, Liberty Hill), but even they fell short, I felt. There is just a kind of celestial tawny redwood glow to this valley that is virtually indescribable.

I followed Dawn Falls Trail to the point where it became steep; then, since it was already dark anyway, I bedded down for the night. Couldn’t figure out how to properly pitch the tent (which I borrowed from someone else), so I just zipped myself & sleeping bag inside it as an extra layer of protection. I did not hang my food bag from a tree branch, but stashed it some distance away, so that on the off chance any tough forest customers with the munchies happen by, they would hopefully direct their energies that way & leave me in peace.

I was left in peace. Indeed, it’s a bit ironic that I lay awake with anxieties for hours --- fearing animals, fearing rangers --- because last night was by far the quietest, most peaceful, most utterly still & undisturbed night I’ve had in... I really don’t know how long. The deep dark hush of the canyon was complete, a thick black blanket, undisturbed even by wind, which was blocked by the towering stone goliaths that hemmed me in. Deep in the night when I awoke to listen, I literally heard nothing at all, beyong the softest noise of birds & tree branches creaking. It was so still & calm, it almost kept me awake, in a backwards sort of way, dreading a noise that would break the silence & signal an intrusion --- an intrusion which never came.

“Is he kind of Jack Wonder-ing it?” I heard a couple joggers say early this morning, when they passed me still laying inside my improperly erected tent. Remind me to Google that later & see what it means. Maybe he said “Jack Londoning” it.

Right after that I got up & resumed the upward climb. After consulting a couple & their dog on the fire road above my first-day campsite, I realized the summit was beyond my present powers, & have spent most of the day arriving & settling at my present lofty perch instead. If it falls short of my original goal, I can’t complain: the top of the mountain is far larger, clearer, & closer to me right now than I’ve ever seen it, towering like a green dream before my wondering eyes, so close I almost feel I could reach it with a flying leap. There is a drinking fountain just down the road from my spot. A cute little lizard is keeping me company, less afraid of humans than they normally are, since I surmise they don’t get so many of us up here; I found a spot off-trail away from the other folks who come up here for their morning & mid-day jogs. I’m imagining this little lizard, who seems to like me & keeps hanging out near my stuff, is my mother, in reptile form. I’m reading Wu Wei’s version of the I Ching, the ancient Chinese book of Changes (or Answers), borrowed from M2, who considered coming on the hike with me, but went to a concert last night instead (free tickets from a friend), along with a philosophy book I purchased on sale at Copperfield’s in San Rafael, titled Every Time I Find the Meaning of Life, They Change it, by Daniel Klein.

One thing I will complain about a bit is THE PEOPLE. There are a lot of them, more than I expected, at least on the fire road below, & almost all of them appear to belong to the “middle-aged dog-walking property owner” class --- the class that long ago seized control of Marin County, & so many other former paradises, as I know so well. I may be partly imagining it, because no one has actually SAID anything hostile (this time), but I feel pretty disapproved of by most of these staid, gentry types, when they see me striding along in my ripped jeans & big fake-fur hat, obviously sporting a sleeping bag & tent (it’s part of my philosophy not to hide anything that I’m doing, as much as possible & within the bounds of decency; call me a student of Diogenes), which more or less brands you as a criminal in the NO TRESPASSING / NEIGHBORHOOD WATCH climate we live in these days.

Why do so many humans seem to feel they always have to be briskly charging along, while chattering loudly about their families & finances & business dealings, even in such splendorous surroundings? Just because you have a voice doesn’t mean you have to use it constantly, does it? I wish more people would respect the eloquence of silence & just sit still & humble themselves to appreciate the natural beauty around them more often. I came up here to get away from people & bask in the sublime, & then this morning found myself unexpectedly surrounded by chattering people, just as if I was in one of the residential neighborhoods of Marin that I meant to avoid.

But a few of them were friendly --- let me not fail to record the flip side of my too-frequently misanthropic musings. For instance, as I paused to adjust my camping gear this morning, on the hike up from where I hiked last night, a man with two young boys approached, holding something. In a paranoid mind-flash (people at Shazam warned me it’s illegal to camp & there are rangers who patrol) I imagined he was holding infraction tickets or anti-camping literature; actually, he asked in a friendly tone if I was traveling & offered a couple CLIF brand “Organic Z Bars” (for children!), which I gratefully accepted. (They were yummy!) One friendly person like that goes farther than a hundred of the not-nices & neutrals. So, that’s a workable formula.

Several other people were friendly as well. THANK YOU, I want to say, to those people, & others like them everywhere. Thank you for not buying into the all-too-prevalent attitude these days that sleeping or camping are crimes, & that to be or appear to be transient marks you as good as criminal.

tony longshanks said:
it’s part of my philosophy not to hide anything that I’m doing
Click to expand...

Yeah, same here. Some people like to blend in with members of the general public. Me not. Ripped jeans, vest with most pocket partly ripped off, broken shoes, dirty backpack, fuck it ...

Never made really bad experiences, though. Sometimes I noticed that security was following me around in shops, but I didn't care. Was not going to shoplift or alike while being raggedy, anyway.

5 months in the land down under