So it seems that my body has sent me another shit storm to deal with! (actually this one isn't so bad, i am being over dramatic)

I've got ring worm on one of my feet and now both palms of my hands. Its kind of disgusting and kind of embarrassing (but so am I...) anyway I'll get to my point. I had been treating this fungal infection with athletes foot cream (Daktarin). It didn't work. So, i tried canesten 1% cream which had some success and then seemed to stop working. So, i am now trying out tea tree oil and in the space of three days of using it the rash is so much better.

I don't know the science behind it, but I have read some research online and it seems that tea tree is pretty awesome at killing fungal/yeast infections. I just wanted to put the info out there as I wouldn't have thought to try it.

I have no idea if it would work to treat ring worm in animals, might be worth a try?

if anyone else has tried and effectively treated ring worm, i would love to know how you did it? 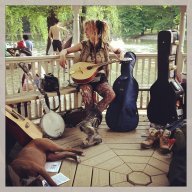 tea tree is just generally kind of awesome for everything, no idea why. it's usually my go-to for any sort of topical ailment i develop. i used tea tree oil and neosporin on my dog when she got ringworm and it was gone in like 3 or 4 days. also, don't fucking touch it no seriously STOP TOUCHING IT. that's how you got it on your hands, shit spreads like wildfire.
D

I deleted myself
How about any antifungal cream or jock itch for athletes foot? This seems like a no brainer to me since thats what fucking doctors prescribe for ringworm. I am no doctor just a drunk fisherman but when it comes to nasty fungal infections that are contagious i leave the hippy shit alone & get down to bidness. Soap & water are actually preventive measures & easily obtained for free in developed nations, cheap enough & easily portable in the wilderness or traveling abroad. 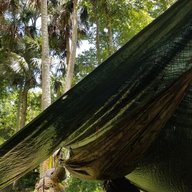 Lemongrass oil can also help, it's anti-fungal.
Raw fresh squeezed garlic cloves with also combat ringworm & athletes foot.
And if your way out in the woods of the Eastern half of North America, you can try the husks
(green or brown) of black walnuts. If the nuts are out of season try some of the root bark of the Black Walnut tree.
Avoid places where people with cats don't clean the damn cat boxes, bathrooms with filthy cat boxes are great places to catch ringworm... and who knows what else! 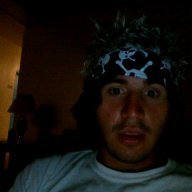 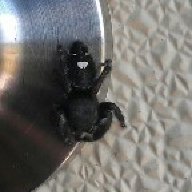 Tea tree oil in concentrate is poisonous to dogs and cats. A tiny bit diluted might be okay to dogs but several websites say not to use it at all, it can cause death, paralysis, and other fun stuff.

Fyi.. I made the mistake of putting diluted tea tree in my dogs ear before I knew that it was so bad. He started foaming at the mouth and was crying. I did research but not enough apparently... 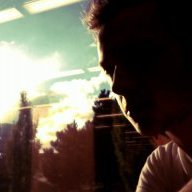 I've noticed that the more "cures" there are for ailments, the less effective each individual treatment is (otherwise there would only be one that the masses were raving about!). Everyone I speak to suggests a different cure-all for ring worm in it's various forms. Then again, it seems those I speak to that have rid themselves of the scourge have used a variety of different solutions. Perhaps different treatments work for different folks. But I'm trying out the tea tree oil and truly hoping that it works, fingers crossed!

It could also be a virus called Pityriasis rosea. A mild case of it is easily confused with ring worm. It lasts 3 weeks to 6 months with no cure. Sun/uv rays helps clear it faster or it magically goes away one day.

Check it out if nothing seems to completely cure you up completely. 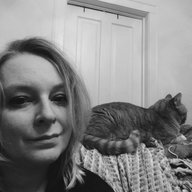 I've had ringworm before and I believe we used Lamisil 4x per day to get rid of it. It takes some time, but it relieves the itching and does get rid of it.
You must log in or register to reply here.
Similar threads
Staying Sane and Mental Escapes During the Last Days. How's the apocalypse treating you?
treating water and the options on how to do this
Treating fentanyl OD
do you think hospitals treat people who are "travelling" the same
Beer Rings
Making Jewelry (ear plugs/rings)
Worms?!
Share:
Facebook Twitter Reddit Pinterest Tumblr WhatsApp Email Link