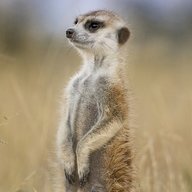 I've been lurking for years, but due to the new restrictions on the hopping board I guess I need to hobble out the shadows and make some posts. To prove my worthiness, I'll pass on my comprehensive knowledge of trainhopping cartoon characters. I'll start with the stuff from the modern age and from there we'll take a trip back to the black and white glory days of both animation and hoboing.

I'll kick it off with episode S12E21 "Simpsons Tall Tales". An anthology episode, the whole family hops a UP box car and end up being serenaded with songs and classic folk tales courtesy of an admittedly filthy hobo.

Homer goes on to give the hobo a sponge bath as payment for his stories:

Classic. This actually wasn't the first time someone hopped a train on The Simpsons--in this clip from episode S3E24 "Brother, Can You Spare Two Dimes?", Homer's half brother Herb, homeless and on the rails due to Homer's stupidity in an earlier episode, takes his time to hop that good ride. Homer then trips balls on a massage chair.

In episode S4E11 "Wiener Barons", the pair travel north to Canada trying to make it big in the wiener industry. Insanity ensues. No clips for this one, but here are some screencaps:

In episode S2E13 "Road to Rhode Island", Brian and Stewie travel across the country and end up performing a musical number in a box car. I personally consider Family Guy to be trash, but I'm not discriminating here and it's actually a decent episode.

In episode 93a "On the Lam", Harold, Sid, and Stinky, thinking they blew up a police station, head to the train yard to try to ride down south. They don't actually end up going anywhere, but whatever, it makes the list.

I'll also mention episode 8b "Haunted Train". This is more of a general train episode, but it's a classic.

For the sake of completeness I have to include Catscratch episode 4b "Mr. Pickles". This show, about talking cats, is pure dogshit but the episode does have one decent line about riding the rails into oblivion.

Directed by Ralph Bakshi, American Pop is a flawed but great movie from 1981 that follows a family of musicians from generation to generation, showcasing 100 years of American music. One character travels from NYC to the west coast, and ends up jamming with some hobos in a box car.

No actual hopping in this, but I think it deserves to be here.

Now onto the really old stuff. I'm breaking this into its own part because it's a different era and I feel I deserve more than one post for this shit. The commonality you'll notice with these is they tend to be beautifully animated as well as fucking insane.

It shouldn't come as much surprise that our man Bugs has rode. Trying to help a lost penguin get back home, they hop a box car and when another rider fucks with them, Bugs literally kicks his ass. Humphrey Bogart shows up every now then, successfully spanging Bugs.

This one is hoboey as fuck, showing life in a cartoon jungle before the train comes and everyone hops out. They have a little hoedown in a boxcar before getting kicked off, and end up impressing a music industry bigwig who gives them the chance to sell out.

This stars a little monkeyish dude named Bosko. it starts out with some jamming by Bosko and a stubbly pig and they end up having a pretty wild ride.

Directed by Walt Disney himself, this one is old as shit and violent as fuck. Oswald and Pegleg Pete start out playing an unassuming game of checkers inbetween two cattle cars but shit gets ugly pretty quick. Cows get punched, asses get burned, and a crankshaft gets repurposed into a torture device. This cartoon disappeared prior to WW2 and just turned up again in 2011. Pretty crazy right?

This one is kind of all over the place in style, featuring both cartoon insanity as well realistically drawn human beings. The hero saves a dog from being run over by his train, and its owner turns out to be a beautiful woman who invites him back to her parents place. Her father warns that she sleepwalks and is attracted to music, so naturally the hero and some other dude get into a musical competition to see who can lure her into bed. Also features offensive racial stereotypes.

As a closer, I'll leave you with this masterpiece from the Fleischer bros. A little kid goes from scamp to tramp when he climbs a train conveniently stopped behind his house, against the protests of his protective dog. This predictably goes badly and he ends up having a train-themed concussion dream featuring hybrid live action animation techniques. The ending is sure to warm all but the blackest of hearts. Of course in reality, the kid would be fucking dead.

For some reason that HD version doesn't have the part where he actually climbs the train, so here it is grainy but uncut:


That brings us to the end of our journey. If any of you can think of something that should be here but isn't, by all means post it. In the immortal words on Porky Pig... 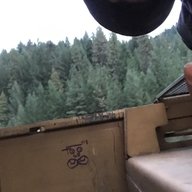 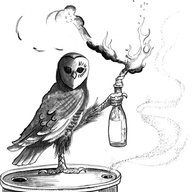 Awesome collection! Thanks for sharing!