I believe I've been looking for a site of this general description for a while now. A friend of mine from the Slingshot (newspaper, based in Berkeley) referred me here. I'm trying to kick my unwholesome addiction to Facebook & replace it with alternatives, in both senses.

While living in San Francisco in 2011 I became houseless for the first time, & was introduced to the world of squatting & life outside the capitalist drone plan courtesy of Occupy Wall Street & Homes Not Jails. It came as nothing short of a life-transforming revelation, & I never looked back at my old life of scrambling to make rent & spending all my energy as a wage slave. I haven't paid a penny of rent since mid-2011 (something I'm rather proud of) & have continued squatting, camping, & slumming it in various creative ways ever since!

My zine SF Resistor goes into detail about all this, but I won't post a link yet, since I'm still being vetted as potential spam.

For my second post I'm going to share a piece about my recently deceased friend Michael Clift, concerning a squat I briefly shared with him in SF in 2013.

I'm also hoping to hook up with some cool people in Washington state---in Oly (where I used to go to school), or Tacoma, or Seattle (my intended destination)---when I begin my hike up there next month (April 2016). The next phase of my life is open to all possibilities & I'd like to find some kind of community to plug into.

I'll keep it there for now. Please to meet y'all

Welcome to STP and look forward to your future input

Where else have you been spending your time on the internet with the squatting type community?
•••

I'm just now trying to find the squatting community on the internet, actually! I've used Facebook too much for years now, & recently started my own blog on Tumblr, Fr33kland, the whole concept of which is life outside the typical rent-paying model, but I feel like I'm just talking to myself on there a lot. So this is a good start. If you have other suggestions I'm happy to hear 'em!
•••

tony longshanks said:
My zine SF Resistor goes into detail about all this, but I won't post a link yet, since I'm still being vetted as potential spam.
Click to expand...

also, why did the evergreener cross the road?
••• 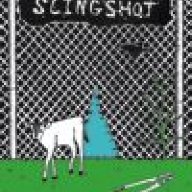 Hey Tony, good to see you on here.

For everyone else, here's an article we published by Tony about a year ago about Homes not Jails, Occupy, etc.: http://slingshot.tao.ca/?p=115404
••• 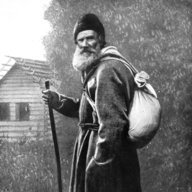 Awesome man, I've got my first "squat" set up for the summer and fall, after that looking to do like you and be rent free from now on...I think it's cool your travelling on foot too. Would love to see that zine of yours !
•••
You must log in or register to reply here.

Creative housing alternatives aka squatting in strange and unusual places!