tips on starting a commune? (1 Viewer)

My fiancee and I both love helping people and I've done quite a bit of wandering. We both want to settle down and start a commune when we move to Utah. We want to have several off the grid houses for people staying long term and an area for tents for short term stays, some farm land, a business making homemade items and art for sale at flea markets, and a clubhouse to hang at. We don't have alot of money right now. Any advice?

first off-
have a short trip wire for slackers..
communes live or die based upon the work of members..

tried helping an "IC" to start in southern VA, and the woman with the land had this really, really, really bad attitude:
"i'll give 'em enough rope to hang themselves.."

she thought we was doing some gig to teach soft assholes a lesson, & so that's what she got..
soft assholes..
i dunno if they learned any lessons, but i know they left at *least* as fucked up & as miserable as when they came..

her problem, despite being drilled over & over & over again by her most productive & communal compatriots, was that she didn't say "get the fuck out!!" after the 3rd day of some drunk, skagg asshole deciding not to work, just because they told a good bullshit story, to start..

the hardest thing is to find people who are willing to work..

make sure you have objectives..

a start up commune is hard, because you're going from scratch, so that means the most work with the smallest return..
you can't make money on a piece of property unless you farm, prospect, or manufacture...
that means coming to it with enough equipment to get started..

secondly (firstly, if yer already aware of # 1, above), make sure the location will support your ideas..
don't get shitty, clay based land, if yer going to grow oats or veggies..

don't go too far into the wilderness, if you're going to make cast iron goods.. transport is a bitch...

try & connect with professionals who have some sort of income, or access to it, so that when things are lean, there's at least a little bit to fall back on...

****pay attention to the projects at hand****
do not over-extend, or nothing will ever get done..
give the noobs the shit jobs for 2 weeks & see how they fare, before handing them things where detail & responsible charge are critical..

see how well they do the fucking dishes, sweep the floors, put away food, shovel shit, dig holes, etc..

if they do good, keep them..

if they do good, then do shitty, cut 'em loose..

communal life is a bit like warfare.. the people on your side are the good guys & the people who aren't either don't count or are the fucking enemy..

this only means that people in a commune have to be dedicated & devoted to each other..
they need to be respectfull, generous, helpfull & willing to do more than expected, *happily*...

when you get people like that, then you have the abundance of energy where people can afford to creatively slack off..

there's a lot more involved, depending on what your personal objectives are, but beware of bullshit artists..
they come in all genders, sizes, shapes, and other forms of either straight, sputtered bullshit or sincere illusion..

in any case, you'll need property, 6 months of start up time, about 6 people, **a plan** & about 30 fucking grand, assuming you can find a place to start, cheap.. the main thing is the plan...
you may be able to bootstrap with nothing, but it won't happen with hand-crafts..
if you're going to farm, you'll need equipment, seed, etc..
if you're going to manufacture, you need power, tools, etc..
if yer going off grid, you'll still need to invest in essentials..

this means you need to find or invent an item that people want or need, & use the capital to fund the commune..

most successful IC's are income driven.. even the fucking amish (& *those* are some fuckers who know what communal & off grid living is *really* about) sell stuff to get stuff..
you may be able to research stuff like homesteading, etc., etc., but the bottom line is that you need to work, save some money & find good people..

there are plenty of sunshine friends out there.. nice people while things are nice, but it gets a little tough & they either flake the fuck out, or they just split, usually with an excuse of some sort..

don't invest your cash, your work, your love or your dreams into other people who don't have the disciple to hold onto what they need to follow the same path... saving money is hard, yeah, but.. if you can save for your dreams instead of smoking it or drinking it, you'll be surprised what's left over at the end of 2 months.. there are people out there who will love you to death, so long as you feed them & give 'em drink, & they will say " i love you, man!!" all the while that you do.. & you will believe them, because they say it so sincerely & make such great fucking promises..

to them you are just an oogle..

anarchy & alternative culture are great, but the bane of creative existence, even if it is sitting in quite, is the greed of those whom believe their ability to be lazy is some kind of meaningfull skill..

i only rant on this because i was once young enough to believe the kind of bullshit often said by those whom always ended it with "right on man.. i love you, man.. cool, man.. yeah, we'll do that, man... wow.. you just watch what i do, man...."

the first pointer is to make sure you have a fucking edge...
a nice, hard, sharp, soft & loving edge..

give lots of leeway & encouragement to the inexperienced, so long as they continue in their efforts..
that is kindness & love..

when people sweep shit under the rug because they don't want to bend over to pick it up,
be hard & tell them to go fuck themselves..

sometimes you can give a second chance, but don't do thirds.. or at least avoid them...
if you *do* do a third, the only one to blame is yourself, if shit goes south

anyways, there you go..
the first step is attitude & preparation of your soul...

I always wanted to be in an offgrid organic farming commune but I dont want to mix up with some whackjobs trying to press their religious or political beliefs upon me. I don't do god stuff and I dont do politics.
OP
D

creature, thank you for the good advice. Lielanthris, while I am a Christian (I'm an ordained minister) and my fiancee is a Christian, we don't believe in forcing our beliefs on anyone. Preaching is there if you want it. Heck if you just want someone to listen to you, we're both there. As for politics, I'm a minarchist. I don't force my views on people but I very much don't like the government. The commune will be apolitical and non religious. We plan on having books on every topic there including religion, philosophy, and politics but nothing will be forced.

i've always adhered to a communal-consensual anarchism (la la la..), but minarchism may be a very decisive descriptor..

thanks for something new & important to think about!!!
OP
D

basically minarchism is a belief that the only purpose of government is to enforce contracts and to keep some degree of order. In other words the smallest possible government. A cross between anarchist and libertarian beliefs. I love learning about different political theories.

jeffy said a revolution every 25 years...

(though maybe off topic..)

it's interesting what you just said..

the main premise of peacfull coexistence is fairnes... resounds well... 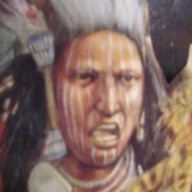 be very wealthy and in a micro climate.
L

I have a start up buisness as a bee keeper. MMM honey to sell at farmers markets. 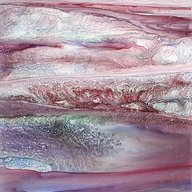