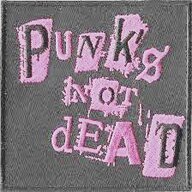 This is my first ever post on Travel Stories, so apologies if I do something wrong. For some background info, I go by they/them and my best friend goes by he/him (I will refer to him as V). We are both minors, so we can't hop or travel on our own without serious question. Yes we do drugs and smoke cigs, we have troubled home lives & lots of trauma and its just what works. Same old story. Anyway, here it goes:

It was late March to early April, and we were walking around a college campus, holding monster energies and a slushee. It was a warm but windy day, and we heard some loud cheering from around the corner. Turns out, the college was having some sort of event (we couldn't fully see what kind from where we were). So, we decided to have a smoke and sit on a roof ledge thing on one of the out-of-use college buildings. It did NOT have a "no trespassing" sign or anything. It was great, we were eating a milky way bar and laughing. Even took some pics. Making fun of the normies and cishets doing their dumb pep rally shit.

But apparently while we were doing that, a parole officer spotted us and called somebody. Fuck. Before long, a campus officer came around the corner where we were sitting and had us stand up and stuff. My best friend got super anxious and broke, gave ALL his info, and begged the officer not to tell his parents (they'd kill him). He kept offering the milky way and sips from the slushee to soften the pig. I just stayed quiet until he asked me my name, then lied and said Max. Lied about living with my grandma and what school I go to. See, this was my third time getting confronted by cops, but V's first. I couldn't blame him for breaking, it's super nerve racking. I was shaking for almost an hour afterwards. He knew that we were smoking but didn't even take them away. Didn't even search our bag! Believe me, I'm extremely grateful, but cops can't do anything right. Not even their simplest jobs.

I was mostly anxious the whole time because we are visible minorities. Picture this: White, trans, dyed hair, lesbian & gay, mentally ill, mentally challenged, and clearly troubled. I was scared he was gonna drop us off somewhere cuz he'd knew we would do it again (and we did). Thankfully he didn't, cuz that was our first time being caught on campus. He took our picture against the building and I flipped off the camera (half visible cuz of my sleeve). After that we walked on campus more, heading downtown. We needed to calm down. Eventually we circled back around and made it back to his house, and I got picked up by my mom (I had a psych appointment). 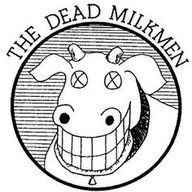 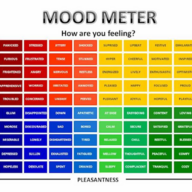 i love the part about trying to give the cop the slushy!!! thats so funny thanks so much for sharing !
You must log in or register to reply here.