It was back in the summer of 1981, we were all still pretty young. Some friends and I were planning on this CB Radio road trip convoy down to Rochester, Minnesota, from the Twin Cities on a warm Saturday night in June. I used only CB Handles instead of names for this story.

I had recently bought my 1974 Plymouth Satellite, and had put new fog lights on it, and bought a new stereo system for it. It was only a 20 Watt stereo system, but that was big stuff back then on a fast food employee's salary. The day of the trip I had taken my car to this stereo installation place to have my new stereo installed so I could impress everyone before our trip that night. The guy had told me it would take a couple of hours to install the stereo, but it ended up taking the entire day. The stereo was working, but my dash lights were shorted out, and the installer didn't have time to trace down the problem before he quit work for the day.

I wasn't going to let this ruin our trip so I decided to have my friend "Eagle-1," lead the convoy and be the "pace" vehicle. Now Eagle-I was not a very good choice, since he had a lead foot, poor judgment, and a pimp car. He took his Olds Station Wagon, put four mag wheels on it, and jacked up the back end to look "tough." He also was rebelling against his dad (who owned an insurance company) and all people with a lot of money. He never paid for his gas-- he siphoned it from other's tanks, he also burglerized rich people's homes and gave to the poor friends he knew. He drove very fast and didn't care how many tickets he got, 'cause he was just plain reckless. So much for our fearless leader.

Also going on our little trip was "Rambler," and his girlfriend "Suzy Sunkist;" "Blue Pencil," and his girlfriend "Pencil Sharpener;" and riding with me was gonna be "Minnetonka Teddybear," and someone else who I can't remember. Eagle-I was alone. Rambler was driving his Town & Country Station Wagon which he had "flipped" the air cleaner on to make it sound tough, and Blue Pencil was in his blue Le Mans and would bring up the rear of the line.

We headed out around 10 pm with Eagle-I tearing along at about 75 mph. Back in those days the speed limit on all highways was 55, and they nailed you for anything over 60. It wasn't long before Eagle-I was so far ahead of us that we lost CB contact with him. This was okay with him, because he wanted to listen to his stereo rather than talk to us anyway.

The others didn't know how to get to Rochester, so I ended up leading with no dash lights, which means I had no idea how fast we were going, and the rear-of-the-line people didn't feel obligated to inform me. We had all agreed to take the back roads because they were spooky at night, and when we'd stop for gas and bathroom, we would double check our maps in case one of us got lost.

As we were heading down Highway 63 from Lake City, we were all talking on the CB back and forth having a good old time. Minnetonka Teddybear was quite the CBer, and if anyone had been monitoring us that night on their CB radios, they would have been in for a real treat. Teddybear, Rambler, Sunkist, Blue Pencil, and I were all chatting back and forth, and Teddybear happened to be on the radio and keyed up, when the action hit.

As Teddybear was talking into the CB mic, a deer suddenly appeared along the left side of the road down in the ditch. As we got closer, the deer got spooked, and began to run up out of the ditch along the roadway. I took my foot off the gas, but had no idea how fast I was really going. Teddybear stopped her conversation in mid-sentence to announce over the radio, "Oh look, there's a deer!"

Just as she said this, the deer cut to it's right and ran right in front of my car. I slammed on the breaks-- but too late --BAM! I hit the deer with my front end. You could see a look of terror in it's eyes at the moment of impact. Teddybear and I were both braced for the collision, but didn't really feel any.

The next thing that I did was look in my rear view mirror, because both Rambler and Blue Pencil, were following kinda close. I watched as Rambler veered to the left and slammed on his breaks; and Blue Pencil veered to the right and slammed on his breaks. It was almost like watching some kind of rehearsed stunt show or something. Then at the same time as I see the deer sliding out from underneath my car, I see Rambler skidding by my left driver's side door in the on coming traffic lane, and Blue Pencil skidding by me on the right shoulder.

Well we get out of our cars, and I'm all bummed out wondering what has happened to my car, because I noticed my headlights have been realigned a bit. We were out in the middle of nowhere, and there wasn't another car on the road for miles. We surveyed my front end, and noticed my impact absorbing bumper had saved much of the front end from worse damage. My fog lights had been pushed into my front grill, shattering it. My headlight fixtures were broken and my headlights bent on one side, but otherwise there wasn't much else wrong.

I asked how fast we were going and Rambler thought around 65 or 70. We just left the deer lying in the middle of the roadway and decided to finish our road trip to Rochester; besides we had to meet Eagle-I at the designated place, Perkins Restaurant in Rochester, for a late night dinner.

All the rest of the way to Rochester, Tonka Teddybear kept going on and on about that deer. How she looked into it's eyes and saw the terror on it's face, and how it just ran out in front of us, etc. I was just really depressed about my car, and hitting the deer.

When we arrived at Perkins, Eagle-I had already gotten a table for us and asked us what took us so long to get there? He said he had been waiting for over 45 minutes. We explained to him about hitting the deer and he asked, "What did you do with it?" We told him we left it lying on the roadway. He got really upset that we had just left it there. He thought we should have tossed it on top of Rambler's car, since he had a car rack, and hauled it home.

He asked how far back it was, and we told him about 25 miles, and he said he was going to go back and get it. Rambler reminded him that just taking the deer without permission was against the law. He told Eagle-I, he would have to get permission from the Highway Patrol, or County Sheriff, before he could just take it or he'd be pulled over. Eagle-I decided since he had several warrants out for his arrest, that he'd let the deer lie where it was.

The rest of the night was uneventful except for Tonka Teddybear going on and on about the deer over the CB radio. She retold the story over and over, and that's how I'm able to remember this in such detail. 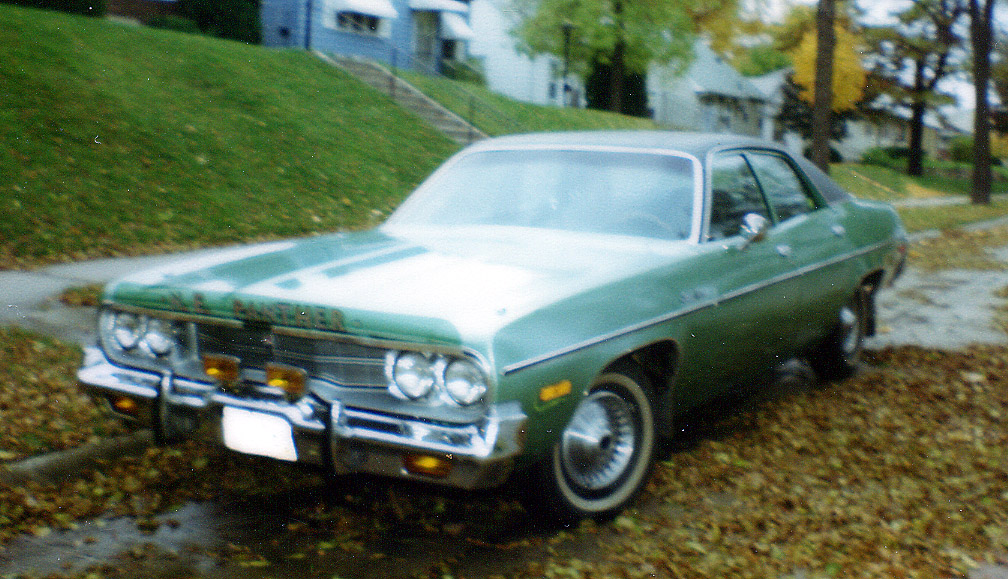 The Deer Killer: My 1974 Plymouth Satellite with my CB Handle on the front bug shield. 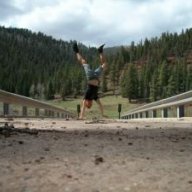 Thanks! I'm glad to finally have a place to share them again.

I went about 37 years before hitting another deer, then hit three of them in a two year period and had a fourth one hit me last year. One of the deer kills I didn't hit the deer, it landed on the roof of my car from out of nowhere. From my perspective it dropped out of the sky!

Juan Derlust said:
3 decades ago, I skipped out on a convoy of teenagers looking for trouble - in Paradise, CA no less - next day, I learned the convoy leader struck a young man running nude across the highway; the paramedics kept asking what they did with the guy's clothes - I believe he subsequently died. Anyway, sometimes it pays to opt out of the herd...
Click to expand...

Generally we never went looking for trouble. Trouble always seemed to find us!
You must log in or register to reply here.