The Ethical Slut: A Practical Guide to Polyamory, Open Relationships & Other Adventures (1 Viewer)

Matt Derrick submitted a new file to the StP library:

The Ethical Slut: A Practical Guide to Polyamory, Open Relationships & Other Adventures - For those who want to explore polyamory in ways that are ethically and emotionally sustainable.

View attachment 24391​
For anyone who has ever dreamed of love, sex, and companionship beyond the limits of traditional monogamy, this groundbreaking guide navigates the infinite possibilities that open relationships can offer. Experienced ethical sluts Dossie Easton and Janet W. Hardy dispel myths and cover all the skills necessary to maintain a successful and responsible polyamorous lifestyle--from self-reflection and honest communication to practicing safe sex and...
Click to expand... 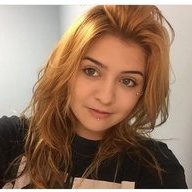 I used to volunteer at Bluestockings Bookstore, Cafe, & Activist Center in NYC and this was our #1 selling book!

Awesome! I really think that the human race is moving beyond archaic notions of marriage and monogamy and towards polyamory as part of it's natural evolution. 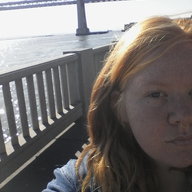 This is a really good book. I've been openly practicing polyamory for a bit over a year now, but have known about it and personally identified as such for several. The Ethical Slut and Opening Up are both pretty good in my opinion. I've also heard of another one, More Than Two, which I've also heard is pretty swell, but I haven't gotten around to reading it quite yet.

I agree that ethical sluts are a part of human evolution. STD's are not sustainable.

Gonna leave this here too, a good answer in the conversation I think:

The Ethical Prude [click to read more]
"Introduction
“A slut is a person of any gender who has the courage to lead life according to the radical proposition that sex is nice and pleasure is good for you,” write Dossie Easton and Janet Hardy in The Ethical Slut: A guide to infinite sexual possibilities.

In doing so, they create space for every sexual possibility except for one: the possibility to consider whether sex may not be nice. Some might suggest this space exists, already populated by woman-haters, given the shame, hatred and violence on offer for women who dare to have sex on their own terms. But these moralistic right-wing views don’t hold that sex is not nice – they hold that women who have sex (and others who are seen to be treated as women in sex) are not nice.

As such it is both progressive and radical to say that sex is not shameful for women, and that a woman should not be punished for her sexual choices; radical, because shaming and punishment are both commonplace.

But in the present day it is not radical to say that “sex is nice”. If anything, it’s tautological. Sex, for all practical purposes, is defined much of the time as only “that which is nice” – in many feminist discourses, if it is not nice, it is not sex. We will describe sex-negativity as a worldview or mode of analysis, not a belief system or a system of morals." 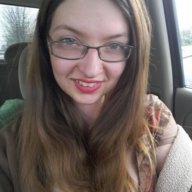 Yessss. My mom keeps saying she's gonna buy me a copy, but she never will lol. Thanks, man! 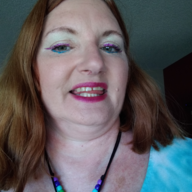 I have this book. Good one. I also am a self-proclaimed slut. I love men. I fall in love easily. I have lots of love in my heart so poly is definitely the lifestyle for me. I also have a voracious sexual appetite. There is plenty of me to go around. I was always shamed for this as a woman. When my husband transitioned into a woman, I had to deal with things I never thought of. Thank goodness we were always poly so the issue of what I am to do is already solved. However his/her transition caused me to learn about gender fluidity. I have realized I have a more than average amount of androgyns in my system for a woman. I have not been diagnosed with PCOS, but I sure have a lot of the symptoms of it. I have been told that I make love like a man by several lovers. (Not that they complained.) That would explain my career in a male dominated field (aviation). Flight Attendant was not for me, I aspired to drive the bus. Got close (flight engineer) until that position was replaced by a computer. However, I have retired early for medical reasons. I still have the travel bug and love this group because I am tired of Babylon and their stifling rules. I am old enough to remember the free late 1960's and early 1970's. Back then, the state of the world today was unimaginable. WWII and the Nazis were a fresh memory. The futility of Vietnam was obvious. Now, both those things are barely acknowledged.
You must log in or register to reply here.

Dark Ecology: Searching for truth in a post-green world