The Dark Side of Rainbow Gathering (1 Viewer) 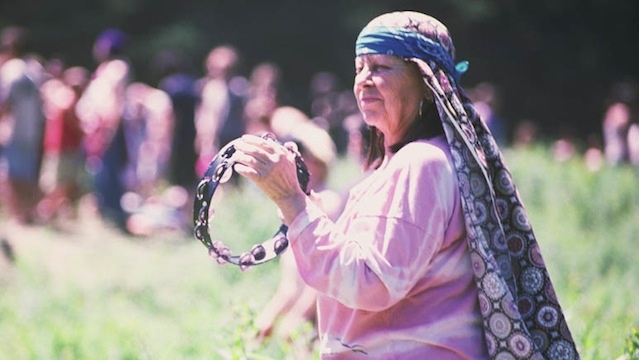 A Rainbow Family elder plays a tambourine at a Rainbow Gathering in Pennsylvania. Photo by Cavale Doom via Flickr

Heber City, Utah, is usually a quiet town. Nestled in a tranquil valley of the Wasatch Mountain Range, somewhere in between Salt Lake City and Provo, the little bedroom community has some of the lowest unemployment and crime rates in the state. More than 60 percent of the city is Mormon. So it came as a particular surprise when city officials learned that they would be playing host to this year’s gathering of the Rainbow Family of Living Light, a loosely organised troupe of nudists, hippies and itinerants that meets every summer for a month-long love-in.

Started in the late 1960s as an outgrowth of the anti-war and hippy movements, the Rainbow Family of Living Light describes itself as "the largest, best coordinated, nonpolitical nondenominational nonorganisation of like-minded individuals on the planet.” The flagship Rainbow Family Gatherings, which have occurred every July since 1972 in a different US national forest, are like longer, more authentically weird versions of Burning Man, bringing together upwards of 10,000 “Rainbows” from a cross section of fringe culture: bikers, Jesus freaks, computer programmers, naked yogis, and gutter punks looking to escape “Babylon,” the Rainbow shorthand for the various evils of modern life. The gatherings are free and open to anyone. No one is in charge, and nobody can tell anyone else what to do.

“If you asked 20,000 Rainbows why they go to the gathering, you would probably get 20,000 different answers,” said Rob Savoye, a “Rainbow” who has attended gatherings since 1980 and runs the unofficial Rainbow website WelcomeHome.org. “I know rednecks, Orthodox religious people who go to the gatherings, so it’s really hard to put a label on it.

“People are tolerant, accepting of different stuff,” Savoye added. “A lot of us have had rough family lives, and the Rainbow has sort of filled that void for us.” 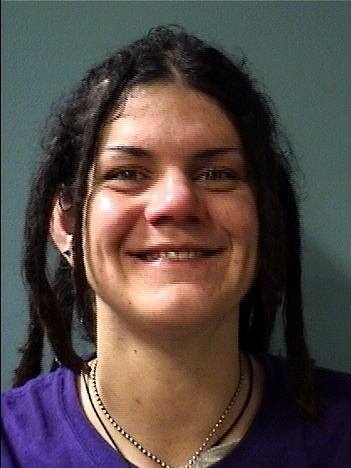 Leilani Garcia was arrested Monday for allegedly stabbing a man at the Rainbow Gathering camp. Photo courtesy of the Heber City Police Department

But as officials in Utah learned this week, recent gatherings have also had a more sinister side, attracting a seedier crowd that uses all the anachronistic peace-loving as cover for drug abuse, theft and violent crime. On Monday, Heber City police arrested a woman known by the Rainbows as “Hitler,” who is accused of stabbing a man at the gathering’s encampment. Authorities are also investigating the death of a 39-year-old New Hampshire woman who was found lying outside at the camp last week. Over the weekend, law enforcement agents said they were called in to respond to a drug overdose at the camp, and to reports that a group of “Rainbows” crashed a wedding on their way to the gathering. “They just went into the reception and started taking the food," Wasatch County Manager Mike Davis told the Salt Lake Tribune. "They weren’t trying to blend in."

“Of the problems that we’ve seen at the Rainbow Gathering, nudity is the least of our worries,” said Dave Whittekiend, the US Forest Service supervisor for the Uinta-Wasatch Cache National Forest, where this year’s gathering is being held. The big concerns, he added, are “drugs and violence”.

In preparation for the official start of the Gathering next week, local authorities have told residents to avoid the campsite and start locking their doors. “While many members of the Rainbow Family are upstanding citisens, a small segment of their population have reportedly caused significant and detrimental impacts on nearby communities,” the county said in a public letter, warning of possible panhandling, trespassing, public urination and nudity. Representatives of the Church of Jesus Christ of Latter-Day Saints have also taken steps to avoid the Gathering, including relocating two nearby girls camps, and continue to closely monitor the situation,” said LDS spokesperson Eric Hawkins.

Although arrests and police run-ins have always been a hallmark of the Gathering, in the past these issues were dominated by an ongoing conflict with the government. For more than three decades, state and federal officials tried to shut down the Rainbow Gatherings, or at least force the “Rainbows” to sign a group-use permit with the National Forest Service, driven by what Savoye said was “permit envy” of the Bureau of Land Management, which exacts hefty fees from Burning Man.

“The Forest Service wanted that money,” said Savoye. But because the Rainbow Family has no leadership, there was no one for the feds to deal with. “The government always thought that there was a leader of the group hiding somewhere,” he said. “So they spent a bunch of years throwing people in jail, trying to find someone to sign the permit.”

Tensions reached a boiling point at the 2008 Rainbow Gathering in Wyoming, when Forest Service law enforcement officers fired pepper balls at Rainbow Family members during a clash at the encampment. A report published by the Wyoming ACLU after the incident found that it was part of pattern of “harassment and overzealous enforcement” in the Forest Service’s relationship with the Rainbows. Since then, the two parties have reached an uneasy détente, although the Forest Service continues to deploy a National Incident Management Team of about 40 federal law enforcement agents to the annual gathering, at a taxpayer cost of about $500,000 (£295,000).

“The Rainbow Gathering prides itself on being unorganised, so we’re not going to invest an extraordinary amount of time trying to enforce the permit issue,” said Whittekiend. “We treat it as a special event, similar to a fire.”

The years of government confrontation have diminished turnout at the Rainbow Gatherings, said Michael Niman, a journalism professor at Buffalo State College and author of People of the Rainbow: A Nomadic Utopia. As a result, he said, the event has become less mainstream, attracting more hardcore elements of the hippy fringe. “As police harassment increased, the fact that Rainbows kept showing up at the Gatherings made it like an act of civil disobedience,” Niman said. “People usually avoid conflict, so one of the things that has happened is that you’ve seen a shift in the mix at the Rainbow Gathering, toward folks people perceive as scary.”

Although Niman insisted that reports of violence at the Rainbow Gatherings have been overblown, he conceded that as attendance has fallen off, the events have started to attract other drifters and vagrants who may not have come for the crystal worship and talking circles. “There’s been a crystal-meth problem, a crack problem, a homeless problem,” he said. “You’ll start seeing kids from nearby cities – they have no place else to go, so they’ll show up at the Rainbow Gatherings.”

While these new arrivals are obviously a nuisance for local law enforcement, they are perhaps more troubling to the Rainbow Family, a movement that members say is ill-equipped to deal with knife-wielding lunatics and wedding marauders. “The crowd has changed,” said Savoye, with a touch of sadness. “For many years, the Gatherings were against the use of drugs, except maybe a little pot. Partly, that was to preserve a sense of community. Now, we’re dealing with kids who come to gatherings and use drugs and incite violence. And the Rainbow Family is not really set up to deal with that kind of behavior.

“A lot of these kids end up hanging out more in town and causing trouble with the locals. It’s an embarrassment,” he added. “It's a little bit of a drag that we've sort of become a refugee camp.”
Last edited by a moderator: Jun 7, 2015

I closed my account
"But as officials in Utah learned this week, recent gatherings have also had a more sinister side, attracting a seedier crowd that uses all the anachronistic peace-loving as cover for drug abuse

well, cant really argue with that one....

"since 1972 in a different US national forest, are like longer, more authentically weird versions of Burning Man,"

“You’ll start seeing kids from nearby cities – they have no place else to go, so they’ll show up at the Rainbow Gatherings.” - Michael Niman

And this is a bad thing? aren't we all here to heal, brother?

“It's a little bit of a drag that we've sort of become a refugee camp.”

and so you're mad at the refugees? with no solutions offered?

Fuck vice for so many reasons, but they really could not be less objective in their reporting here. Why not interview someone who actually still goes to gatherings? They spoke to a couple yuppie baby boomers who maybe still go to one gathering a year and that's it. Oh and other than "reporting" on the stabbing and heart attack (yes, although it's not being widely reported on, that's how the other person passed) they just made a bunch of generalizations without actually going in balls deep and digging up some real dirt (like vice used to)
S

I closed my account
"we treat it as a special even, like a fire." I love that one

Everything you need to know about the 2020 Dirty Scouts Jamboree!