Log in Register
Toggle sidebar
Menu
Install the app
You are using an out of date browser. It may not display this or other websites correctly.
You should upgrade or use an alternative browser.
Photos Featured

That time i hitchhiked to Belgium and almost died :P

Ladies, gentlemen and people who are neither or both, the end of the year is near so i thought it could be a good opportunity to reflect on the past year and tell you a little (very long) story.

On the first of july 2017, my friend Kim texted me: "Hey, wanna go to Belgium? I have friends that are going with their van and they can give us a ride. Plus, my friend Eliot has a squat in Brussels so we'll have a place to crash for as long as we want."

The next day, we met up at a bar to discuss details and planning, and on the third we were on our way to the meeting point we had established with our friends. We spent the evening at another friend's apartment and decided to leave in the middle of the night to get to Belgium in the morning.

Unfortunately, right when we were about to leave, the van would not start, and it was impossible to find what was wrong with it without professional help. So, we decided to spend the night at our friend's apartment and call a repairer the next day.

Next morning, we were out of luck. Nobody understood why the van wouldn't start even after we changed the battery. So, Kim and I decided we would hitchhike some of the trip and our friends would catch up with us if they managed to start the van.

It was a beautiful day so we got to France pretty fast and in a really optimistic mood. Once we reached Besançon and decided to check with our friends where they were. No answer.

That meant we were now on our own in the middle of France and had to hitchhike 600 kilometers with very few ressources and a dog that had never traveled.

Leaving Besançon, some sort of hippie lady gave us a ride. Bob Marley on the radio, flower stickers everywhere. About halfway to the next city, she started rolling a joint and shared it with us. It was really nice because i hate hitchhiking and it stresses me out a lot, but when i got out of her car i was surprisingly calm. No need to wonder why.

She left us on the side of a fairly busy road, and drove off with a smile. That's when the real shit show started. We got stuck there for an hour and a half under the burning sun. Not a single car stopped. We started getting discouraged and were about to kill each other when a car finally stopped.

"Where are you guys going?"

"I'm going to Dijon, I can drop you off somewhere along the way."

So we put our bags in the trunk and climbed in the car. Little did we know that the guy that was giving us a ride liked to live dangerously. He quickly left the principal road to drive on smaller ones through fields. "Push it to the limit" from Scarface was blaring out the radio. I looked over to the control panel of the car and saw he was driving wayy above the speed limit. There were a lot of sharp turns on the road and he didn't slow down at all, which resulted in a good number of heart attacks because we almost hit fences or trees every time the road was changing direction. Shortly after almost killing us for the tenth time he said "Hey I have to stop somewhere real quick to see a client, do you mind?" We said we didn't care, and found ourselves in the parking lot of a shitty apartment building. reached into his bag and pulled out a 9mm gun and a pound of cocaine.

I waited till he exited the car and looked at Kim in the backseat. The horrified look on his face showed me he had seen what i had seen and i wasn't dreaming.

The driver came back five minutes later, stuffing something into his pocket (I suppose it was money). The rest of the drive was pretty silent because we were both terrified. We did make it out alive, but things didn't get any better.

We spent three hours in Dijon trying to get a ride but had no luck. The sun was starting to set, so out of despair we decide to take a train. After a good half hour of arguing about money and how much taking the train cost, we ended up getting tickets for two trains: Dijon-Paris and Paris-Brussels.

We got in the first train, looked for our assigned seats and sat down. Half a second later, the young man who was sitting opposite of us started complaining about the fact that my dog was bothering him (he was literally doing nothing laying under my seat) and that he paid his ticket so he estimated that he had the right to insult us and make puking noises because we were really sweaty after having spent most of the day in the sun.

I ended up telling to shut up and plugged my earphones in. Once we got to Paris we had to run to catch our second train. We were almost on the platform when we heard an announcement on the speakers "Due to technical problems, all connections to Brussels and Amsterdam are cancelled."

I was tired, dehydrated and Kim kept complaining about the fact that he hates France so I blew up. I Kicked everything I could find and screamed about how much I hated my life at this very moment.

We then went to the information desk to ask for a refund of our tickets, and the employee gave us tickets for any train the next day and the address of a hotel where we could go with our dog. Apparently it's nearly impossible to find a hotel when you have a dog, but he found one for us.

The hotel was in Disneyland, so we had to take an underground train for an hour, and then go talk to one of the employees that was expecting us.

He showed us how to get to the hotel, and then added: "And for your dog, the kennel is over there."

"What kennel?" I asked nervously.

"Yeah dogs aren't allowed at Disneyland hotels so we prepared a box for your four legged friend. He'll have water and food and a bed."

I broke down into tears and backed away. There was NO WAY i was putting my dog in a cage after all that we had gone through that day.

I told Kim and he agreed. Which meant we would be spending all night in the streets of Paris.

Long story short: We were tired, dehydrated, mad at each other because we were hungry and there wasn't a single shop or café open, and our backs hurt because of our heavy backpacks.

Throughout the night we got insulted, almost assaulted by random drunk dudes, yelled at by security agents because my dog didn't have a muzzle and lost our way quite a few times. At 5am we went back to the train station to get some breakfast and catch the first train.

We arrived in Belgium at 9am, and it felt like we had just won the olympics. We ran to the first pub we found and ordered beers and fries. From there it was pure joy, and it felt like Belgium was the most magical place on earth after everything that had happened to us.

Once we got to our friends house, everything got better. We met some cool people, got to take showers and sleep in a real bed. And let me tell you, a bed is the most amazing thing in the world after you've spent 24 hours not sleeping and being stressed out by everything.

During the three weeks we spent in Belgium, we went to numerous parties and bars, and ate fries a lot.

Overall, I think it was one of the most interesting trips of my life, and it really taught me that even if sometimes your life feels like it wants to fuck you over, there's good things in any situation

Included: a few pics of squats and parties in Brussels 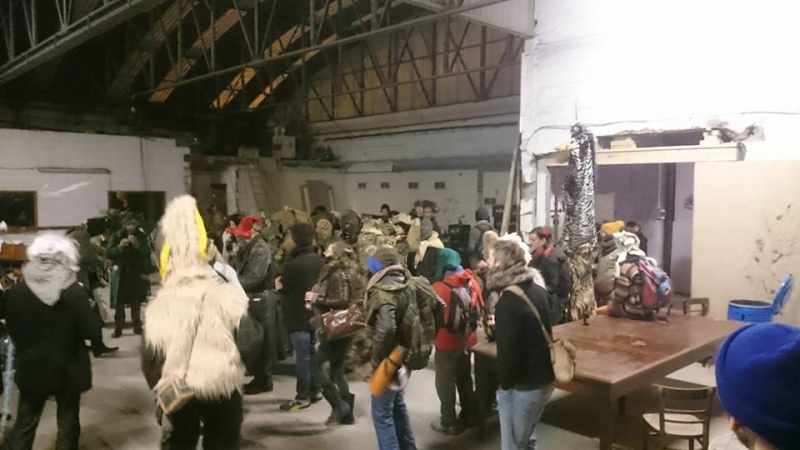 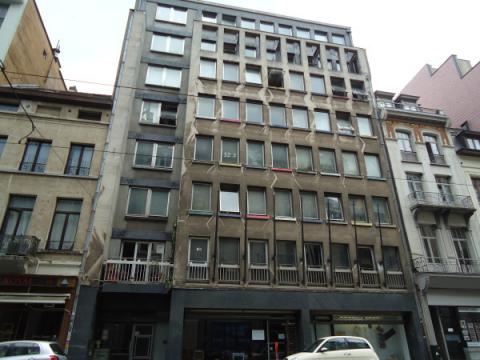 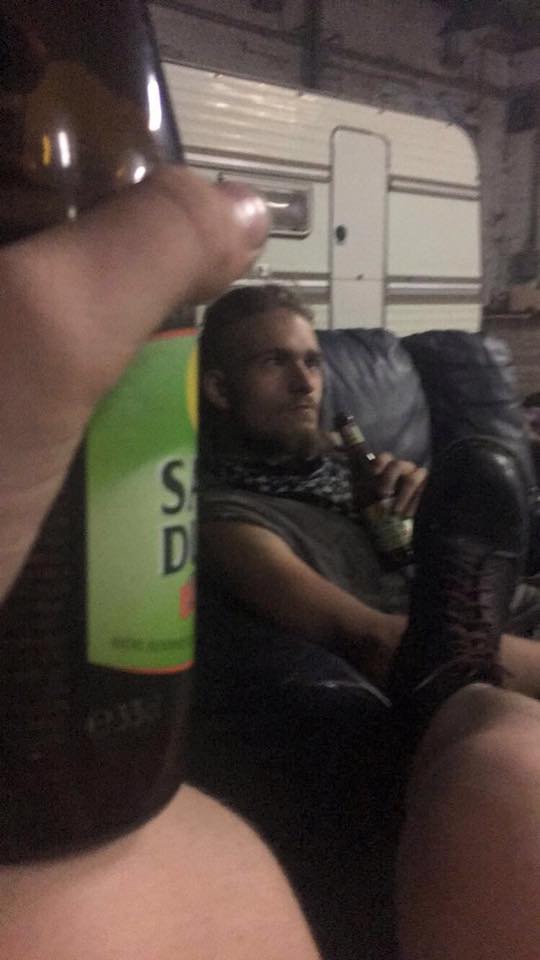 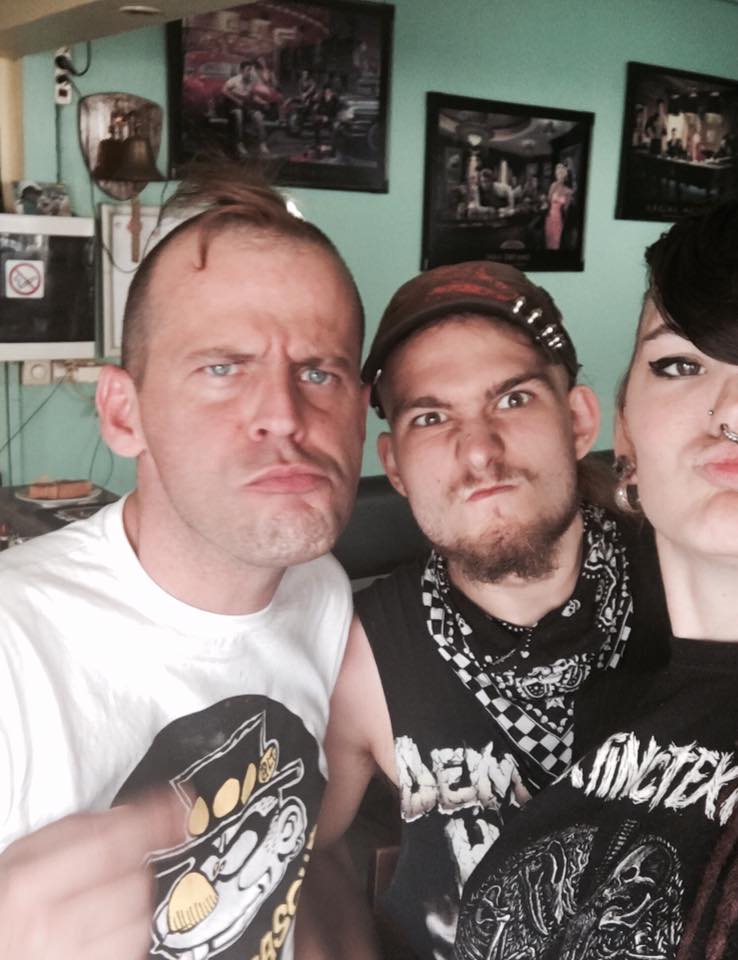 Last edited by a moderator: Feb 16, 2018
almostvicious
I don’t really know where I come from and I sure don’t fucking know where I’m going. Hit me up if you need a place to crash in Europe I have plans for u. Currently in Canada
View all 2 featured items
D

I closed my account
great read thanks for posting! i love stories about squatting in europe. 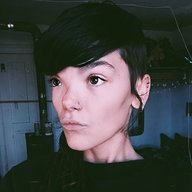 Timm said:
Not sure how lenient the french police are on speeding, but here in australia get caught doing anything more than 5 kay over you will be getting pulled over. Add a pound of drugs and a gun you will be getting locked up as well. Glad you got out in one piece and not getting fucked up the arse by the pigs over something you had no involvement in.
Click to expand...

It's sad that it's this kind of thing that holds me back every time I think about traveling anywhere.. I must admit I'm a pretty nervous person in general so sitting in strangers' cars is always a bit nerve wracking

Thanks for a great read - and I'm tagging our brussel liking member @Anagor
You must log in or register to reply here.

Travel Stories Monday at 4:21 PM
BrerBear
the time my best friend and I were caught by a cop

Travel Stories Mar 17, 2021
eyeballstoentrails
Did i just win, or did i just disguise my psychosis

Travel Stories May 29, 2021
wirl
I hopped freights, hitched, bicycled and squated North America for 6 years, now I am off the road and living in ATX.

The In-Between Saturday at 8:32 PM
IanIam