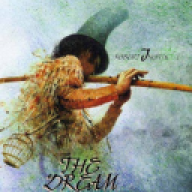 Ted Kaczynski, aged 79, has been transferred to the prison hospital, they're not saying what he's ill with, but he knew a while ahead of time he was going there, so I presume if it's not a temporary visit to a normal hospital, it's more likely a long, possibly terminal illness like cancer.

Theodore Kaczynski — who came to be known as the “Unabomber” for killing three people and injuring many more in a series of mail bombings over 17 years — has been transferred to a federal prison medical facility known for treating inmates with significant health problems, a Federal Bureau of Prisons spokeswoman said Wednesday.

Kaczynski was transferred on Dec. 14 from the supermax prison in Florence, Colo., where he was serving multiple life-in-prison sentences, to FMC Butner, a federal medical center in North Carolina, said spokeswoman Kristie Breshears.

She declined to provide details of Kaczynski’s condition. David Kaczynski, Ted Kaczynski’s brother, said he had been told recently by someone who corresponds with his brother that he had been moved to a different facility, but the Bureau of Prisons declined to tell him why that was

I’m going to try and get two books by Kaczynski published, one solely written by him and another co-written by him. So, I’m looking for volunteers to help, if you like the idea and have time to help, please let me know

Ted Kaczynski finished writing a book in 1999 critiquing all the media representations of his life called ‘Truth versus Lies’:

During the media frenzy that came to be known as ‘Club Ted,’ a report surfaced that the accused Unabomber was writing a second manifesto. He was in fact at work on this compelling book that deftly treads the line between eloquent memoir and uncompromising defense. This intriguing artifact is Ted Kaczynski’s attempt to tell the other side of the tale spun by his family, who told the world he was insane to save him from the death penalty. It is also an outspoken rebuttal of the lies told by the many-media-charmed acquaintances and opportunistic strangers who surfaced to offer their stories in exchange for fifteen minutes of fame.
Click to expand...

Many publishers turned him down, Context Books almost printed a slightly edited version, but Ted rejected this proposal. I think the publisher was worried about copyright e.g. quoting some sources in their entirety and libel e.g. Ted calling his brother, David, “a Judas Iscariot (who) … doesn’t even have enough courage to go hang himself.”

In 2002 he donated a draft copy of the book which Context Books made to the University of Michigan along with a tonne of journals, letters and other material which the book references.

So, I copied the text into a google document and started working on cleaning up the scanning errors with 3 other people:
We’ve almost finished this now, so soon we can put it up on the anarchist library and places.
Next, we want to decide together on a few changes we’d like to suggest to Kaczynski, which will give the book a higher chance of getting a book publisher to mass print it, without risking libel and copyright. Ideally we could just black out the parts we can’t print, and then write an article on the missing parts and where to find the unedited version:
Finally, we’ll create a document which is an automatic text comparison between documents 1A and 1B for transparency:
And a document discussing the pros and cons of the few changes we might want to make between Docs 1B and 1C:

As well, I’m condensing the book down to where Ted is just talking about his memories and how he felt about them and using the text along with other material for two books:

A biography called ‘The Unfinished Autobiography of Ted Kaczynski a.k.a. The Unabomber’.

I’m mainly writing the second one to just get a clear timeline in my head of what moments Kaczynski finds most significant about his life. So, I’m writing them in two columns alongside each other at first:
And with biography sources, I’m doing tasks like transcribing prison letters and getting tons of writing by and about Kaczynski into an easily browsable catalogue. At some point we can release this separately as something like ‘The Ted Kaczynski Archives’:

Finally, I’ve finished transcribing a bunch of video media on Kaczynski which I’d like to send him as encouragement to write his own autobiography or make any further changes to his book ‘Truth versus Lies’, to get a further clarifying window into his mind as an intriguing case study in political violence:

How you can help​

Here are some tasks that I think would be really useful:
My email is [email protected], you can email me to discuss ideas, to send me text relating to any of the above and/or you can send the name of your gmail email address and I’ll add you as an editor to any of the documents you like, so that you can help work directly on the google documents. Or if you’re logged into your gmail now, you can go to the page you want to work on and click the ‘request edit access’ button in the top right corner. As well, I've started a reddit group chat and discord channel on my server for anyone who would prefer to discuss using instant messaging as well:
https://s.reddit.com/c/187j31ykyolbe
Join the Community Discord Directory Discord Server! - https://discord.gg/kNCANa6s5T

This just started as a hobby project, so I’m not in a position to be able to pay upfront for every hour worked, but I’m happy to talk about percentage revenue sharing or backpaying based on hours contributed if the book sales reach some threshold. Everything will be discussed transparently and if we can’t agree as a group on an end product, then members can always take the writing and develop it however they like in a separate document.

I’ve no idea if the person who was going to print it ever held or still holds sole right to publish Truth versus Lies, or if Kaczynsk will say yes to any corrections needed to avoid libel. I’ve emailed the book publisher person once, but will try again.

I’d also like to pay royalties to the survivors of Kaczynski’s bombings, I know they’re supposed to receive any money Kaczynski makes as part of a $15 million restitution order, but I’m not sure if he co-writes a book what that means in terms of a percentage. I’ll email the two organisations who have published his work when we’ve finished.

My contributions are made mainly for myself and researchers similarly fascinated by his life with the goal of wanting to make the writing easier to sort and skim through.

I’d like to include a thorough critique of Kaczynski’s philosophy in any publicity we do for the books and in the forward for the biography I’m writing. I’m pro-technological advancement, and against ever physically hurting people unless in a bunch of rare circumstances like if it was; medically in their own interest, in self-defence, in the case of a justified revolutionary war or a survivor-led vigilante action.

Here are some of my past critiques of anti-technology, anti-industrialist, primitivist, anti-civilisation and misanthropic ideologies:

The Unfinished Autobiography of Aileen Wuornos