I've been looking at solar generators lately to put on top of my camper. The price point is pretty high but seems kind of relative once you buy everything theres no need for fuel other than the sun.

Has anyone had any experience with these or any success stories? Right now the generator I have is 2 stroke and loud as hell. Not very quiet.

I'm surprised you say the price point is high - in the UK solar panels have fallen massively in price in the last decade - admittedly it's due to cheap Chinese imports but there's no worries there, quality is just as good... for example a relatively large 12 / 24 v panel which was once £1000 is now around £200 brand new.... second hand ones are even less and usually totally fine.... maybe someone on here can recommend a good source for solar kit ? dedicated companies are generally a lot cheaper than motorhome lifestyle outlets...

installation of a basic solar system is pretty simple and once it's up a running there's no maintenance costs apart from new batteries every 5 or 10 years - the only slight issue is lack of sun in the winter months, so depending where you spend this period you might have to top up the batteries some other way...

Rogue, pretty sure OP is not simply referring to solar panels, which are indeed cheap at the moment, but rather the all-in-one units that include battery, controller, etc., made by company’s like Yeti.
OP

I've since contacted a friend who works in solar to help create one. Found plans for a charge controller on instructables that has plans that is based on arduino. Looks like that and some old "mildly" busted up solar panels for education purposes.

Looks like its much more affordable than the yeti version and more customizable.


Here's a link to the charge controller plans if anyone is interested.

yep I wasn't previously aware of these solar generator power banks - having done a quick bit of research I think you could make your own for a fraction of the price of the Yeti unit - get a trolley, mount a 100ah battery / solar charge controller / solid state battery charger and pure sign wave inverter - connect it all together nice and neat with some kind of quick connector for solar panels - personally I use C form outdoor hook up connectors which come apart easily and are waterproof....

@Hudson doing your own solar panel setup with deep cycle batteries is always going to be cheaper (about 1/3 the cost) than buying a solar generator; the price of a solar generator comes from the convenience and the fact that they are lithium and not lead acid batteries (meaning you can safely drain them to near-zero without destroying them).

i've been watching a lot of videos on making your own batteries and solar generator reviews (mostly the jackery series) and I think the youtube channel 'hobotech' has the best reviews and real-life scenario tests worth watching:

Yeah, now that I talked to a friend I'm definitely planning on doing this on a diy method.

Um not so sure as to making my own batteries. That takes a little bit more preparation than I think I want to invest into.

Though the idea is absolutely mind boggling. I can be completely off the grid and have electricity still. Too bad i can't create my own propane.

Hudson said:
Too bad i can't create my own propane.
Click to expand...

Have a go at creating your own methane. I know you can do that. 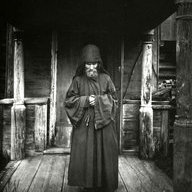 Hudson said:
once you buy everything theres no need for fuel other than the sun.
Click to expand...

Somewhat perversely, most of them don't charge that well from panels due to:

The last issue can be circumvented by adding a DC-DC converter between the panel and the "solar generator". This video demonstrates the concept but doesn't clearly explain why it works. The converter allows the panel to run at ~Vmp (voltage at which the panel makes max power) instead of Vbatt (voltage of the internal battery pack). In effect, it is manually doing what some of what MPPT controllers do automagically. It can overcharge, so do watch for charge completion.


Found plans for a charge controller on instructables that has plans that is based on arduino.
Click to expand...

What is it that you have been running off the 2stroke genny that you plan to run off solar?

Matt Derrick said:
the price of a solar generator comes from the convenience
Click to expand...

Yeah, it's a convenience/marketing play, IMO.

Having said that, I think they can be a good enough deal for folks who are weekending and can charge them from wall power on Friday and Monday when they are home.


and the fact that they are lithium and not lead acid batteries
Click to expand...

And not all of them are lithium on the inside. AGM is fairly common.
OP

I got a cabover for my pickup and want to run things like tv led lights laptop and phone. Pretty basic ya know. Fridge and stove is propane so thats easy. I just gotta reseal the top of the cabover.

LED lights and phone are easy and cheap to power, so that's good news. Could do that off a handheld battery pack.

Laptop charging can be tough or easy, depending on power consumption and when it's charged. I have an old business-class laptop that SUCKS power like crazy, and a refurb chromebook that pulls only 16w at most. The big laptop only gets used when I have excess power.

Do you drive much or stay in one spot? If you are driving for errands, relocation, or commuting you can charge the laptop from the ciggy lighter "for free", so to speak. Could also charge the "solar generator" that way, too.

Right now working on making my own with a mppt charger with two 100w poly panels hooked up to 2 deep cycles to start. Price is much cheaper than thecommercial kits i have come across. I figure when I make it myself I can upgrade as necessary. And yeah got the low down on the poly vs mono panels from my friend.

Hudson said:
Right now working on making my own with a mppt charger with two 100w poly panels hooked up to 2 deep cycles to start. Price is much cheaper than thecommercial kits i have come across. I figure when I make it myself I can upgrade as necessary. And yeah got the low down on the poly vs mono panels from my friend.
Click to expand...

it's interesting that you mention doing your own, since i just started following this YT channel recently that has a lot of videos on doing your own various setups for cheap and it's super informative:

DIY Solar Power with Will Prowse

Want to build an awesome off-grid solar power system? My videos will teach you everything you need, no experience necessary :)

Looks like some informative content that I'll put to use. That's what's wonderful about the internet. Power to the people man.
You must log in or register to reply here.
Similar threads
Video 🚗 Yet Another Prius Dwelling Setup - How I live in a 2008 Prius hybrid electric car! 🚗
No-weld, lightweight, $40 tough solar panel roof mount
Featured solar panels: where to buy
Featured How To Build a Solar Bus Home – Most Amazing Conversion Ever
Cheap 100w Solar Panels on ebay ...
A wind generator idea
Share:
Facebook Twitter Reddit Pinterest Tumblr WhatsApp Email Link