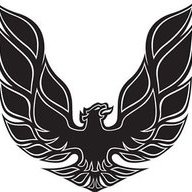 People who live there, do you bother to register and insure your cars? Where do you drive them and why? assuming you just go to Niland or Calipatria to buy stuff, Do police there care if your tags are expired? Do you still owe on them and your trailers?

I've been watching your videos (Cornelius is my favorite) because I almost ended up there twice when the bottom dropped out for me over the course of about a dozen years. My plan was always to buy a vehicle and/or trailer on credit, then just disappear out there and never bother to pay back the loans.

Some repo companies have license plate scanners and drive around in their tow trucks, scanning plates to look for vehicles to repo in the middle of the night. Some car lost have GPS and ignition kill switches hidden on subprime loan cars, too.

All of these questions are already answered, but I can't find the thread about slab city Info.

Search for Slab City and you will get tons of answers.

Big Time said:
Some repo companies have license plate scanners and drive around in their tow trucks, scanning plates to look for vehicles to repo in the middle of the night. Some car lost have GPS and ignition kill switches hidden on subprime loan cars, too.
Click to expand...

yes, use the search. tons of threads on slab city. also to answer your question i quoted above, no you will not have to worry about these things out there.

Idk why the quote feature refuses to work right now but whatever..

"Some repo companies have license plate scanners and drive around in their tow trucks, scanning plates to look for vehicles to repo in the middle of the night."

I don't know much about Slab City but I know one thing for sure.. it's hella far from any city of relevant size. I do know a little about repo driving though, I used to do it as an occupation for a bit. It wasn't any sort of delight to drive long distance looking for a car. You'd basically let those ones stack up and just run your city. Once you had a few built up out of town you might run them but only if you could get a friend to come with you. This way if you do happen to get a car you can have that friend drive it while you work on another car.

More often than not a repo driver is going to get your car up on the hooks and then they'll knock on your door and give you the opportunity to remove any personal belongings in exchange for the keys. Having the keys makes things a lot easier at the yard and also if and when the car is sent to auction if it isn't paid off by the negligent owner in time. You'd bring a friend and kill two birds with one stone if you had to drive out of town.

That's to go to like.. a small town maybe 45 minutes to an hour away. If you had to make that drive and came back empty handed it would fucking blow. So it's pretty unlikely any repo driver is gonna go much further than that unless it's an extremely high paying repo and they have some reason to believe they'll get that car. Brawly only has what.. 30,000 people or so? A repo driver couldn't live there, they'd starve.

San Diego is probably where any repo would come from and I just cannot imagine they'd ever go all the fucking way to Slab City in hopes of finding their car. That's not to say it's never happened but I don't imagine it's happened much if it has. You'd basically have to report to the fucking bank that you moved to Slab City for them to even take a shot on that. So.. don't mention where you're thinking of moving to and you're already doing well.

Keep the generic dealer plates and use those once your out there. Put some things over the vin number on the dash. Repo drivers only go by plates at first. Once you find your car by the plates you always have to confirm the vin number jives with the car on your order. So if you take away the plates all they'll have is the vin. Get a couple random fliers like the things that get left on your windshield in parking lots and roll up some tape so it's sticky on all sides and then stick those fliers right over the vin. The tape underneath is so they don't slide from side to side. You wouldn't want the tape to be seen by just taping something down because then it would look highly suspect to any repo driver scoping it out and that might keep them coming around.

No repo companies use license plate scanning technology. That's way too high end for what they do. I believe law enforcement use them for amber alerts and shit but no way they're on repo trucks. It only recognizes letter patterns anyway so just swap the plates out for the dealer plates, cover vin and you're gtg. If you're seeing scanners on repo trucks you're watching way too much of that fake ass repo show on TV. News flash, Bernice is acting. None of that shit is real.

Also since we're here.. if anyone is trying to keep a car from being repo'd.. things that make that difficult for the driver beyond the plates and vins concealed are; Turning the steering wheel all the way to one side and locking it once parked on any rear wheel drive cars. This forces them to break out dollies, a lot of drivers don't carry dollies because they're a pain in the ass to bother with. They can't pull a car on it's geared axel if it's in gear, that'll destroy the transmission.

If it's front wheel drive, make sure you're always parked nose first against something. They will still take a car out of an apartment stall slowly if it's in gear just far enough to get another bite on the front end but if you're in a stall and you have the wheel cranked all the way one direction it'll cause the car to careen into the car beside it or the poles when they pull it backwards. Keep the emergency brake tightly applied too. Wheel cranked, in a stall if possible geared axle end first with the E brake on. That'll give them a lot of trouble.

Had a guy in Bakersfield who drove into his back yard and then built a fence round his car with no gates. That worked surprisingly well too. He never got to drive it but he was able to keep it.
OP