Researchers have created holograms that can be touched (1 Viewer)

Not travel related but kinda fucking crazy so had to post....

Japanese researchers have created holograms that can be disrupted by human touch,poke,and push


Researchers in Japan have found a way to create holograms that can be touched. A group of engineers at the University of Tokyo’s Department of Complexity Science and Engineering is working on this project. What they’ve created is called Haptoclone and it lets people send holographic images that a receiver can interact with if they have the right device. 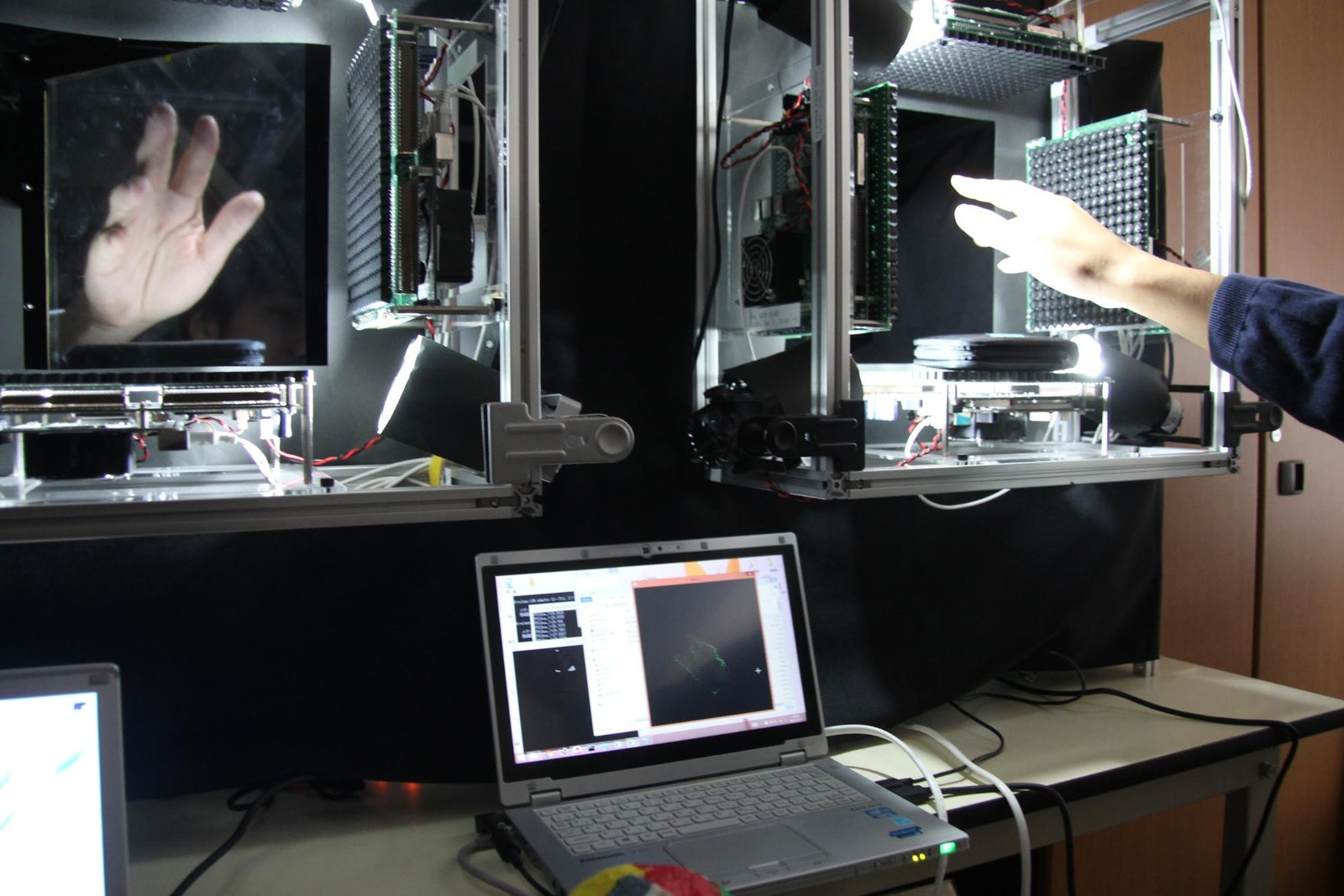 Haptoclone lets people use “telehaptics,” so you can send an image of your face and let the receiver touch it as if it’s real.

The images are so realistic, so it would be great to correlate the sense of touch with that. I guess that would increase the realness of it all.– Yoshikazu Furuyama, researcher 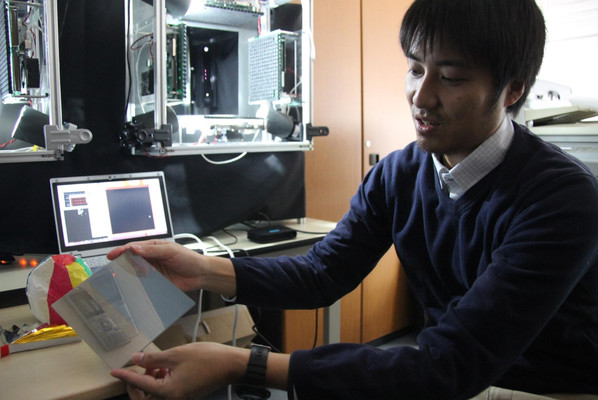 With this setup, a Kinect sensor captures motion and four ultrasound arrays emit ultrasonic radiation pressure, which provides the illusion of touching a hologram.

The researchers write that HaptoClone “realizes various telehaptic experiences,” though it has limitations. For instance, a handshake isn’t feasible because the ultrasound levels to create the touching sensations are too weak (and rightfully so, since strong ultrasounds can damage nerves and tissue). However, “it is possible to stroke the hand of the other side and lightly touch each other freely at arbitrary parts of the hand, sharing the haptic sensation.”

The goal, according to professor Hiroyuki Shinoda, is to “continue clarifying the function of haptic sensations to enhance and enrich human communications.

Touch Isolation: How Homophobia Has Robbed All Men Of Touch