I thought this was a cool example of making a living with a boat.

Surely you’ve heard of food trucks and you’re familiar with house boats, but when’s the last time you encountered a food boat? Since most of us don’t spent too much time floating around a harbor, you probably don’t see this sort of thing very often, but we had to share the incredible story of the “Pizza Pi“, which might be the first floating pizza delivery business. Living on a sailboat isn’t that uncommon, but Sasha and Tara Bouis have taken that to a new level with their floating home that serves fresh, oven-baked pizza to hungry fishermen, kayakers, and anyone else who can float alongside their business. 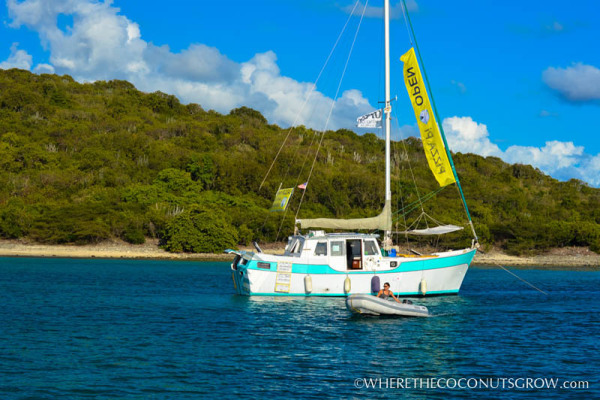 Captain Sasha graduated from MIT and spent some time on Wall Street before deciding to leave the concrete jungle and head for open waters. He decided to head to the Virgin Islands, which is where he met Tara in 2007.

Below you can see how they transformed the sailboat into a fully functioning pizzeria. 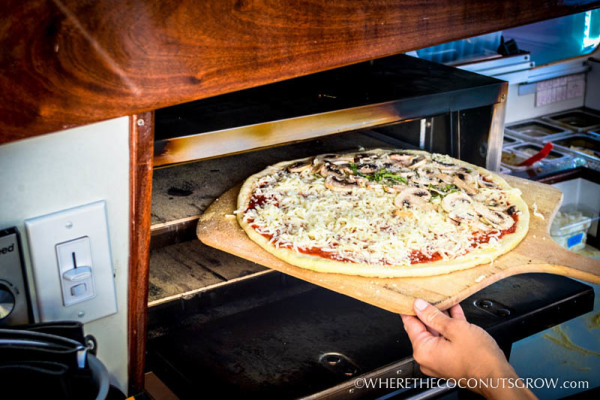 Tara has an interesting background that includes teaching Elementary Special Education in Indiana, which allowed her to spend the summers teaching SCUBA in the Carribean. After meeting Sasha, she became a full time island hopper, and took over the design and construction planning that would transform the Pi into the Pizza Pi. 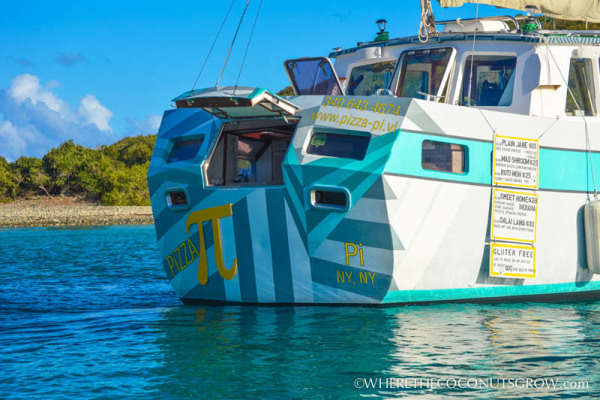 Inside the galley you’ll find some serious equipment that any pizzeria would be proud to display, including a Baker’s Pride P44s-BL brick-lined oven with two separately controlled baking chambers. That allows them to pump out four pizzas every 15 minutes if needed! A DIY water maker produces 40 gallons per hour, which they use to clean dishes. 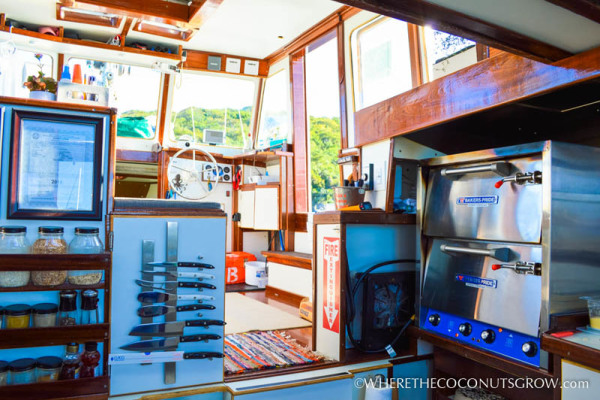 “Two years of building and we’ve created a 100% custom food boat that will take the familiar food truck concept to the water where we will prepare and serve New York style pizza.”
•••

Cool find @Odin - When I was hitting a few lakes around here - there was a couple people on the lake that had a grill on them and so had hot dogs and hamburgers. Now <cough> back in the day and we were on a boat and all schmoked up - and doritos all gone - that hot dog boat was a prize!!
•••

with the pleasant scent of a fresh baked pizza pie i was expecting to see 20 seagulls perched on the sail waiting for some scraps.
•••

LOL @lone wolf - can you imagine the long line of the flying beggers after your boat or the boats ordering more pizza? Now that is a feast!!
•••

Something simple to start... smaller scale.
Could set up an "Odin's Ice Cream Boat."
Then come up with some new flavors.

Thanks @Odin - I am pretty much thinking I have to take a bus down and find a McD's and get an ice cream cone dipped in chocolate. Need a dip. Or maybe tomorrow. hehe.
•••
K

I closed my account
I've lived in a restaurant before and I really enjoyed it. I worked the hardest I've ever worked but ate like a king eating the best food I ever had. I bet it would be a nice gig to work on that boat. 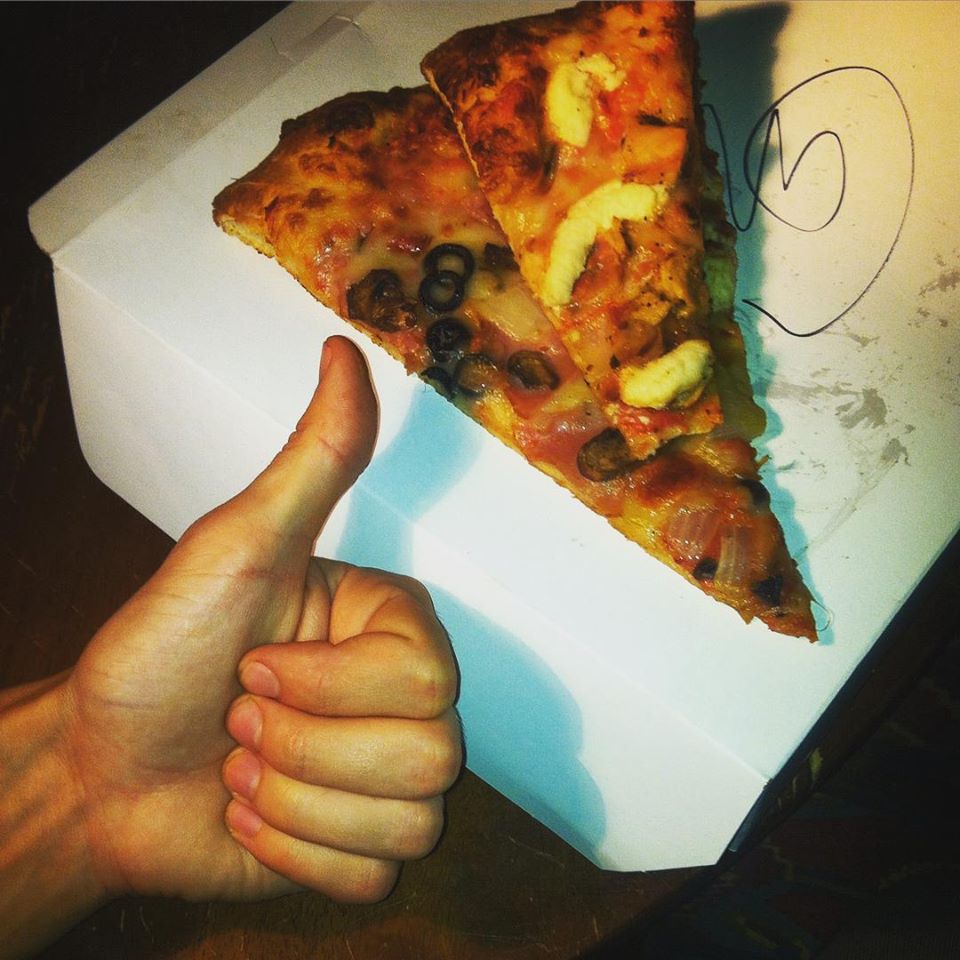