One wild fucking couch surfing night from a few months ago

I'm here on the bus, I mean I'm sitting here on the LA bus and like always I can't sleep. Any time we're enroute, I can't sleep. The exception being trains. That big steel mammajamma rocks me right to bed every time. But this road warrior ain't a train and here I am.

Since my last post I've slept on the streets, alone for the first time. Wow is that stressful man. The whole shebang is full of I guesses. Where's my pack go? By my head I guess. Do I cover up with the tarp? It conceals me, I guess. Am I going to die tonight behind this off brand auto parts store? I guess...

Since that spooked me I recruited some road Dawgs, Drew and JP. They're dynamite guys and I'm glad we have the chance to get robbed in our sleep together. They've been showing me the ropes, and only getting marginally annoyed at my paranoid babbling ("should we sleep here? They can see us from the road. What about over there?" "YOU can go sleep over there, we're sleeping here"). I do my best to pay my dues and I did some of that, right in this next paragraph.

"Have you guys considered Couch surfing?"

"Yeah, but we don't have any references so we don't get replies"

"Well shit, I've got 10 and I'm verified thru hosting, lemme send some requests!"

My Dawgs looked at each other, and then at me. I saw desire. I saw images of showers and soft, warm places to sleep flicker behind their eyes. It can't be that good right? Oh but it is.

We camped out in Roseville for that night and I sent a few requests to hosts, making sure to personalize them. I've found the best way is to stroke their travel ego a little bit, relate to them, and send more than "hey need couch". I typed up my couch manifesto and showed my dawgs. "This is how you write a fucking couch surfing request." They joked about it at first, but the sarcastic respect solidified when we got a positive reply back.

Lindsey couldn't have been a better host. She picked us up from a place down the street from St. Vinnie's dining room and drove us to her plush pad. Oh man did that air con feel good, but out of respect I opened a window. One can never truly smell oneself, but I knew I was one stinky motherfucker. We arrived and walked up the stairs to Shangri La.

Showers! Xbox! A Laz-e-Boy! A BONG!!! No more tiny baby hits off a poorly endowed glass pipe, we getting STONED TONIGHT! This place was seriously nice. Our hosts Lindsey and Max had great taste, very geek chic. One touch we all loved was AstroTurf on the balcony, damn I love AstroTurf where it dont belong. Lindsey stressed that it was 420 friendly and we wasted no time enjoying some water filtered weed. Tiny glass bowls are an exercise in strength, bongs are a test of restraint.

Then they left. Left three total stranger in their apartment to go do errands. I've hosted before but never gone that far. I would later find out that they had been robbed by couchsurfers before, which made this trust all the more meaningful, if a little confusing. We're no criminals though so we just smoked and played Fortnite. Well, Drew played Fortnite, I stayed on that balcony feeling the plastic grass between my toes.

Lindsey had a wedding to attend as it turned out, and so only Max came back. Now we had heard that Max was working on some kind of Bioshock project, but he was very hush hush, wouldn't speak of it around Lindsey. With her gone he was free to give us the scoop. He had built a room in his garage that had one purpose - be the most badass DnD setting in the world. He had rustic steampunk designs, a Soundsystem, a false room to simulate underwater windows, Max was astounding us right now. The dude even had voice acting for the audio diaries you pick up ingame, which we contributed entries to. This room was so pro I couldn't believe it wasn't an entrepreneurial endeavor.

Max's younger brother came over with his girlfriend and we all swapped stories on their tiny balcony, which must have been at maximum capacity about two people ago.

Lindsey came home and we smoked some more, then it was time for a Jack in the Box taco run. We we're heading out when Lindsey tripped and knocked her noggin straight into a corner, and crumpled on the floor. Damn son, I was not expecting the night to go there. Max held her and tried to wake her, be she wasn't responsive for a while, just long enough that I was worried about permanant damage. She woke up after 20ish seconds, but was very out of it. Eventually he got the day of the week and current president out of her and she and Max went off to bed for the night. They didn't make it all the way first try though, Lindsey collapsed in the bathroom and had to take care of some personal business first. The younger brother hung around a bit but who cares.

Around 12 Max emerged, with good news. Lindsey was feeling better, and probably only had some food poisoning. The head knock was fine, and it's not like the hospital does much for a concussion... I think. Never had mine treated. We ate Carl's Jr. sliders and talked about how scary of a turn that had been, and went off to bed.

Well, Drew got the couch. His username ain't inaccurate and I figured he wouldn't get a couch this long in a while. JP has a memory foam thermarest type thing. It's comfy everywhere and surprisingly I don't resent him for it. I carry too much already. He takes the floor. I forget that 18 year old me partying at friends apartments was 4 years ago and try to take the floor too, but eventually give in and yank the Laz-e-Boy into a reclineable spot.

The next morning we woke up to a pissy roommate. He was complaining to Lindsey about us. "when you said you were having people over, I though you meant people not couchsurfers". Woah dude, we think we're people. I started suggesting we leave subtly, then a little harder to see if Lindsey objected, but when JP asked what time it was and I said "time to go" she made no protest. We packed up and thanked her, wished her well and headed back to Roseville.

That wild night wasn't quite the RnR I was expecting, but I wouldnt have traded it for a night in Bora Bora. Unless trains run thru Bora Bora


That was about 4 months ago. I'm in Portland now, looking for some/a road dawg to head south with. Might hitch down to Eugene and look there too.
Last edited: Dec 19, 2018

babywavy
Hey, I'm in my early 20s hopping and travelling around. I like intermodals and bumfeeds
View all 1 featured items

... my little housie-self...
& why I'm in "stp community" - back 20 odd years ago, my friends, (all the local street kids) came "home" aka, over to my house, with stories like this from their wonderful travels

Thank You babywavy (if that is your real name - haha) for this wonderful flashback to memory lane! You rock. Thank You.

a homely tale for sure

Hahaha what a night

I love your style of writing! Thanks fer sharing

good story, i've added it to our featured threads section! 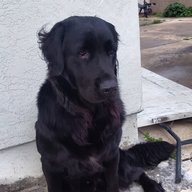 I agree; your writing style is great! Love the story and hope to read more from you

You must log in or register to reply here.
Similar threads
Foraging wild foods on the road
To tread in wild places - by Sam Larson
Wild Montana Skies
Tenerife is fucking paradise man
Most chaos night of my life
Fucking Swirlys....
Out of gas, fairly fucked! Now Ima RANT!
Fucked up!!
Someone stole my fucking garbage can
Fucking tunnels and shit
Share:
Facebook Twitter Reddit Pinterest Tumblr WhatsApp Email Link