My stay at Palace and meeting Star Fucking Hipsters (1 Viewer) 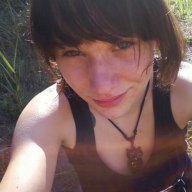 I made myself a promise maybe half way through 2009 if Star Fucking Hipsters were to come to Florida again i would not miss their show. My boyfriend is not a fan, and the fact that he went through the trouble of finding the both of us a ride 300 miles there and back was pretty awesome. Although if he wasnt down for going i already had a ride set up with some creep off craigslist *cough* sorry Marc, with or without you i was going. Thankfully 2 weeks earlier some girl i met online got me greyhound tickets to her collage,LONG STORY SHORT ON THAT:i got kicked out of her collage and ended up staying at a boy whom i had only known for 3 hours's house (Brandon) in the ghetto of Jacksonville,he ended up being a really good friend of mine and shares a house with two other punks (one of which is in the opening band for the SFH show "Status Faux")and a really nice hippie dude. Made allota friends, drank nearly every day, and slept on a comfy couch. Good people.

Anyways,as soon as we knew we had a ride to Jacksonville we called up Brandon,who was cool with it. Everyone in the house was going to that show anyway and we're all just good company to each other. Soon enough me and Marc were on our way to Jacksonville,ended up being a very easy going car ride there,music passed time and kept us awake. We got to Brandon's house "Palace" around 8pm and had to wait outside for a good half hour before someone let us in cause we didn't feel like going through the window like assholes. It was a Saturday night but we weren't expecting to do anything much, Brandon ended up having friends over and we all just got pretty buzzed on the porch, except me because my stomach hurt like hell. Also another member of Status Faux was living with them and he became an awesome friend of ours (i think his names Matt). Our second day their, we spent the morning glued to the couch with nothing to do. But later on Brandon's two girl friends picked us up and we went to get some Chinese food and ate it at a park off a river. I was thrilled,little stuff like that excites me. After we went to Doozers Pub were we met up with semi friendly,politically incorrect Stimpy. Who was literally the only one in there,and when marc asked were the bar tender was, he just walked to wear the drinks were served, shit was funny. Some time during that night the two girls got the idea to go in an abandoned school in Jacksonville, so they bought flashlights and spraypaint. When we go to the school, 3 fuckin juggalos crawled out of a hole in the wall. They asked if we were "down with the clown", so i asked if they were worshiping clowns in there. One replied "satan" and i laughed replying IS A CHRISTIAN BELIEF. Needless to say we found another entrance that didnt have juggalos swarming it. I was amazed when we got inside, i've never seen so much spraypaint in my life, i was also surprised no one squats that school. We explored it,tagged it.....even played fucking hide and seek in it. I recommend visiting this place. It gave me a good idea of the size of Jacksonvilles punk scene too, fucking anarchy symbols in every room. Bands spray painted on the walls, it was just great. And the place is huge.

Third day was the star fucking hipsters show. Woke up to the house empty except for Matt and Marc. We went to a few of Mat's friends houses, i had to sit on Marc's lap in the front seat cause drums took up the cars space. When we got back to Brandon's we got buzzed and smoked a little. When Matt took us to the show we mostly just sat outside getting drunk with different people and trying to make conversation. We only knew Status Faux and a handful of other people. Honestly some people their were just straight up assholes so we kept to ourselves and got appropriately drunk. Which helped me feel a hella lot less awkward surrounded by Jacksonville punk clicks. No one really cared to go in before Status Faux so we just kept on talking to people and walking around to pass time. At one point SFH parked out back were i was and i went over to a man who got out of the van and asked were the band members are, he said hes not in the band (which i knew) and thought was weird of him to say until later on in the night when i found out he spoke very little English.
So I ended up helping Status Faux put some equipment on stage,they put on a fantastic show and got good reactions. Marc lost his glasses so i apologize to all the people we drunkinly asked if had seen them,he found them later. When SFH got on stage the ass raping began. Whole venue was pushing to the front but thanks to Marc and some not so friendly persuasion to people next to me i was directly in front and enjoyed the show more than i can put in word form. Me and Stza talked for a bit about how me and Marc were going to be train hopping in November for the 1st time,along with me telling him how much SHIT i get for liking his bands. It was nice to learn hes friends with some of the band Contravene and likes Witch Hunt, it made my night to meet another person into them.

Directly after the show we wend to a bar, got drunker, ate sandwiches, and ran into Niko at a gas station were we ended up bringing her to Chris (another member of Status Faux's house) Were the rest of both bands were. This is the point o the night were we were shit faced but just kept fucking going, Stza and Niko played the piano wile i was pretty much blacking out on the couch eating cheetos and hoping Marc would find me cause for some reason i forgot were he was, probably out front drinking more with everyone. Before Stza went to bed we talked some more. I drank for 2 hours after that until marc was puking his brains out and i was just plain blacking out. Niko is a total sweetheart, i only remember a few things we talked about. I dont remember getting back to Brandons but i remember trying to sleep and hearing Stimpy cry about his head being lumpy. He was literally crying, screaming "why is my head so lumpy". Next morning i found out he pulled a knife on someone and got stabbed or some shit. Ended up in the hospital. Left the house around 10am,and had a very hungover morning and a very sore what is now night. 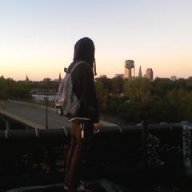 Location
the mistake by the lake

sounds like fun but stza is seriously the biggest asshole Ive ever met, He played in cleveland a few years back with LOC and proceeded to talk shit about the city the whole time while in a drunken stupor on stage. I wanted to fight him out back after the show(also whilst drunk mode) but he wasn't about it haha. Have you been to that abandoned school since? I'd love to go check it if it's still around, Im around Daytona right now, like 20 miles from Jax.

I met stza on st.marks earlier this year. he wasnt an asshole at all. invited me to a bbq at c-squat. met the rest of the LOC kids also and didnt have issues. but I know a lot of them already and the c-squat kids. anyway. good little story 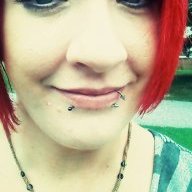 The abandoned school in Jax is school number 4, and its been abandoned for years. That's in Riverside. Alot of punk kids stay in that area. Im in jax housed up. There are def some punk clicks here but all in all, a decent scene.
You must log in or register to reply here.