So, I'm familiar with the concept of writing, but I keep my writing to myself, so this'll be a little weird.
Oh, and I write in details usually so the US trip would be a long thread, so I'll try to keep it short.
*takes a shot*

"You have been randomly selected for a security check" moments before boarding my plane to NY. That also was the moment I realized I'll be in America, The States, US, USA, United States of America, 'murica.
Hours later I see "Welcome to the USA" and I get out of the airport. HUGE THINGS.. BIG THINGS, fat poeple, BIG cars, the road SO WIDE, sidewalks GIGANTIC, the stoplights BIG, water fouitains, and everything I only saw in movies. This feeling continued for the first few days, yellow schoolbuses, Manhattan, Brooklyn, Chicago, Dallas. Things I saw in movies, pictures, on the Internet. Unlike all my past travels, everything felt so unfamiliar, unknown, different.
So, I've spent a few nights in NYC, explored around and shit. Took the bus to Chiacago, had a 12 hour layover there, explored it a little, found the people to be very cold, unfriendly, not even stopping when asked for directions. Got on the bus to Dallas, spent a night there. And so I headed out west and thumbed my way to California. Freshly shaved, showered, clean. 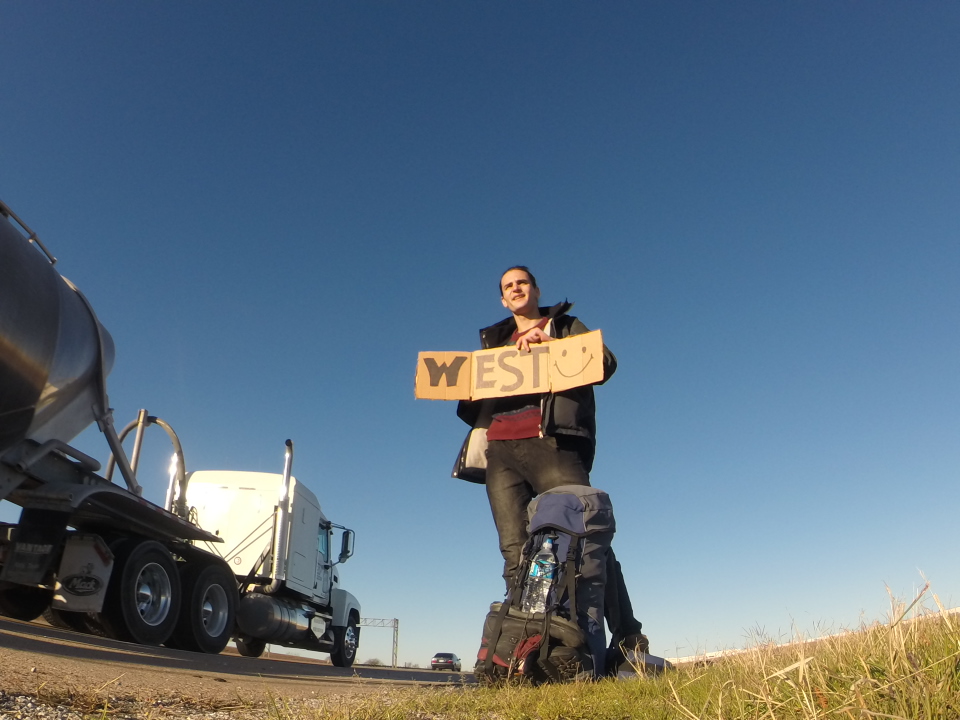 This was a weird moment. Hitchhiking in AMERICA, in Texas. I can't really describe how it felt, it was weird but I barely even started to focus on it and I was already on the move heading west, a long long road ahead of me. So flat, so straight, miles and miles of Texas to cover. Got a few bucks, a knife, and lotta people giving me food. Third ride and it was sunset time.. The family that picked me up offered me to stay at their place, so I did, they took me to the STAR WARS premiere and I had my own ROOM. I don't even have my own room back home. The road was treating me well.
I've been hitchin around Europe for 5 years and it's so common to hitch here. But the experience in the US is so much different and it's just a bigger adventure, weird people you run into. And the best are the reactions of the "normal" people that pick you up. "WHY ARE YOU DOING THIS???" "AMERICA IS DANGEROUS" "GET ON A BUS" "You're the first hitchhiker I ever picked up" (wow, I've hitched over 200 rides and this was the first time I heard this) "You look normal, why do you hitchhike" "You're clean" "You're NOT EVEN FROM HERE" It was like being a rare species. And people GIVING me shit, that was new to me too. I got money, food, a knife, a tent, and a lot more.
So I thumbed my way West the second day too, spent the night outside near El Paso, TX where it was around 25F.. cold. I watched every train that passed by and looked wether I can spot a rider, but I never did. I assume since it's the low line and I mostly saw trains with cargo only 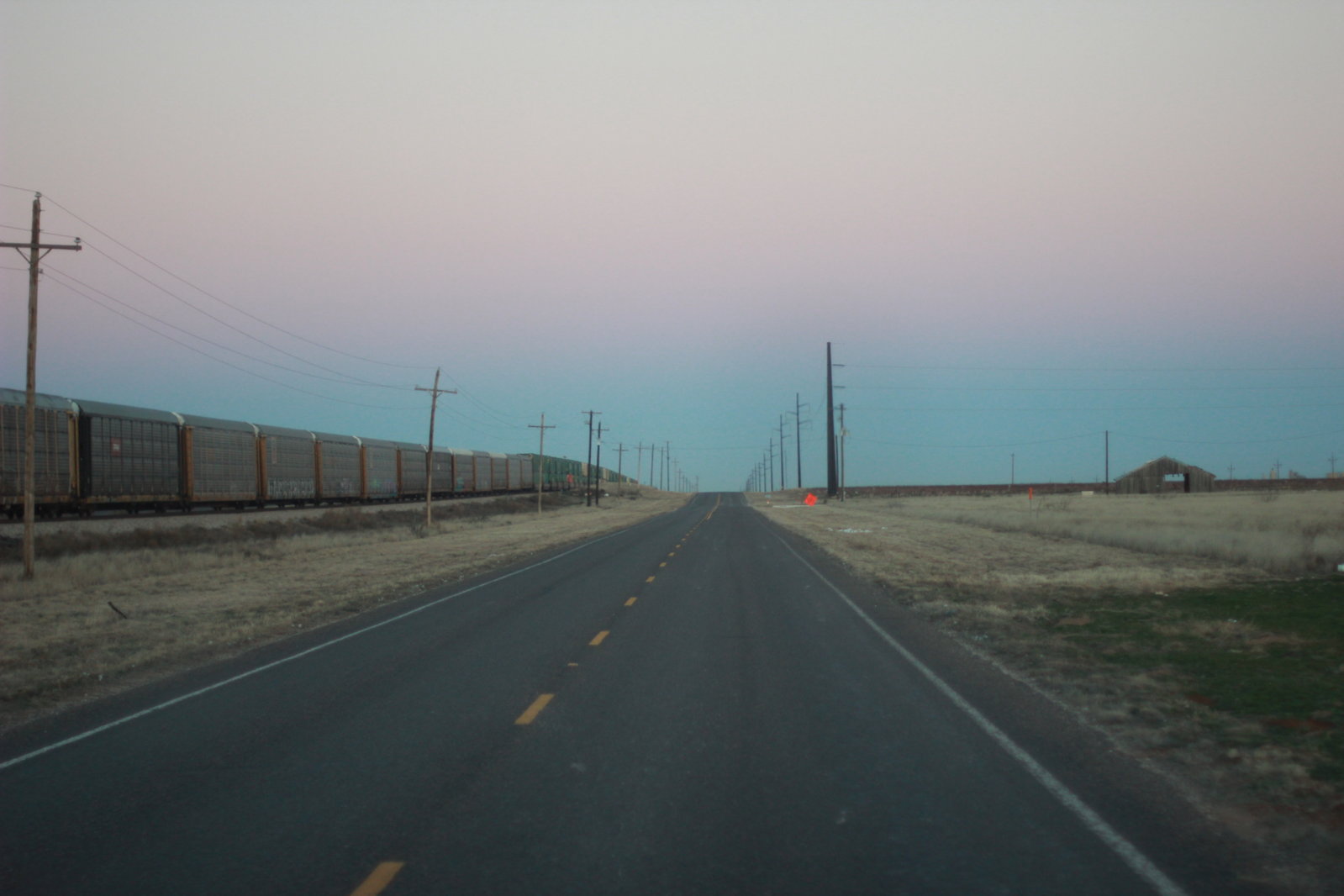 The trains looked so nice, and I was dreaming of riding one of them, but still, I do have a brain I try to use sometimes so I didn't.
So the third day I got picked up by a trucker and had a ride all the way to Cali, I stayed at his place close to LA for 3 days, we drove around the truck, picked up and dropped off brand new BMWs that I got to drive! He then dropped me off in Indio and I thumbed my way to Slab city.
I stayed in the Slabs till a few days after NYE, I won't bother talking about that place, most of you have been there and know what it is about. I'll just say this.
The dirty kids didn't even talk to me or take me seriously just because I was clean

Which I later found out, most of them never rode a train nor hitched, they've got cars and jug. And they wouldn't respect me and my travels, where as they just chose to be dirty to look cool I guess?? 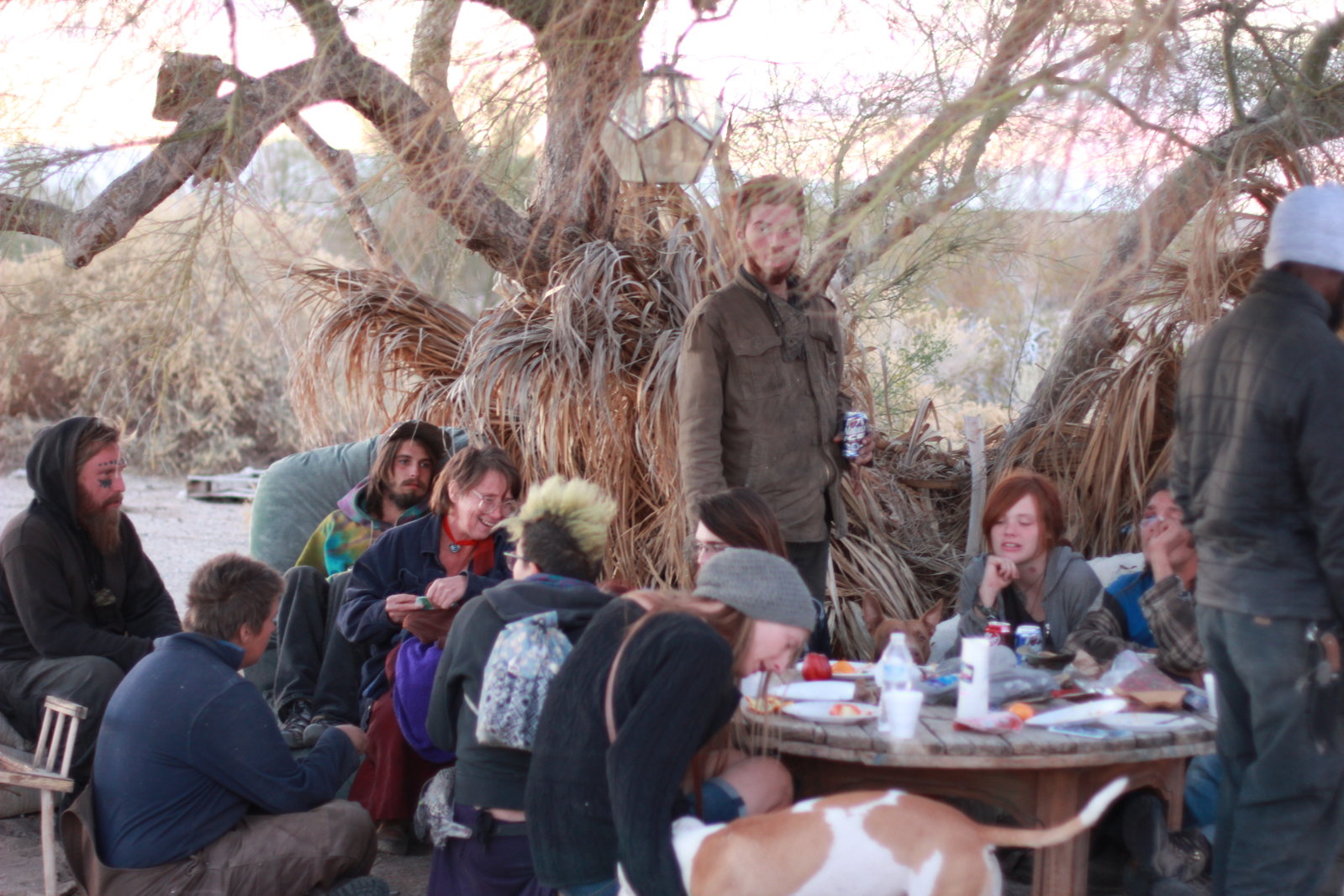 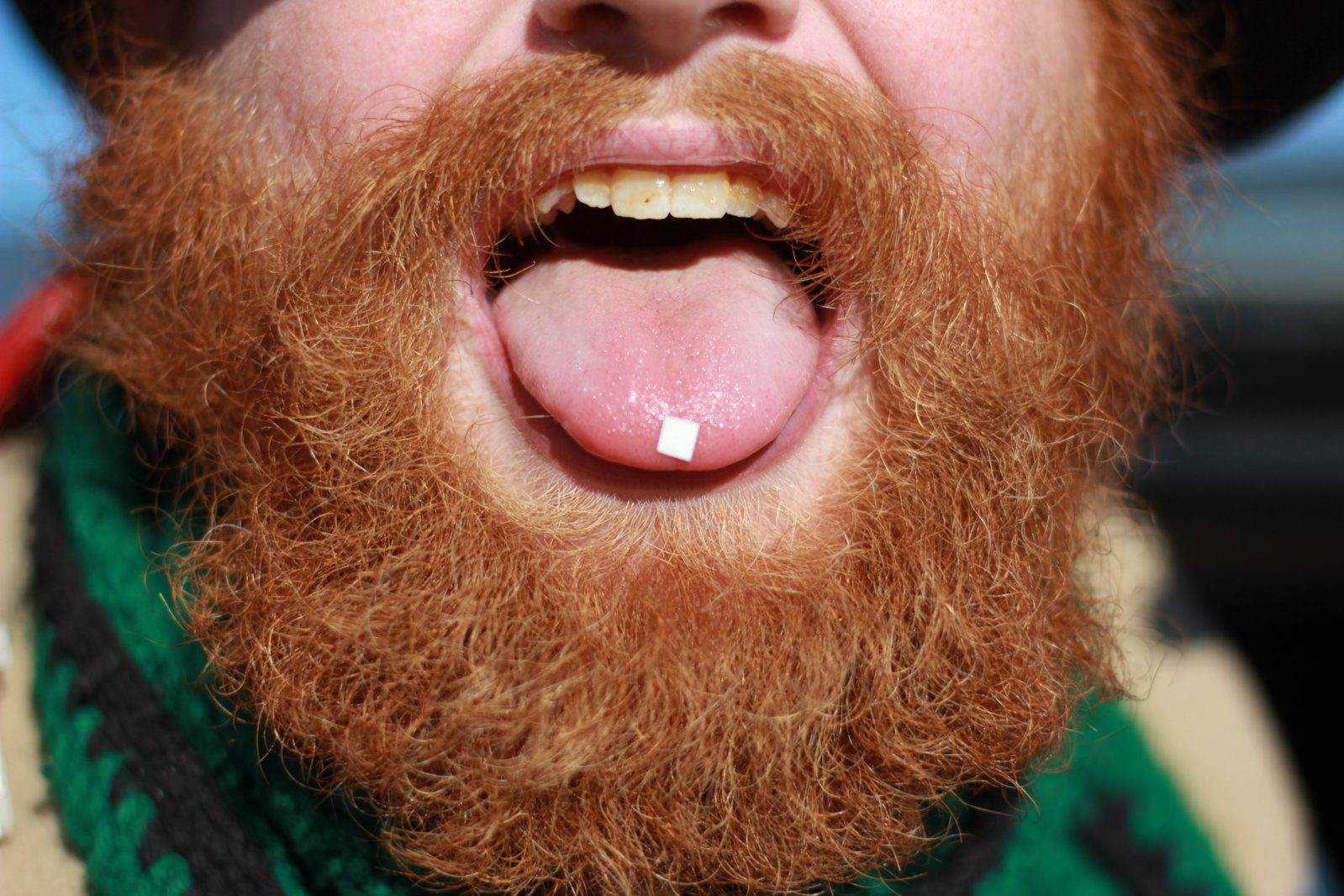 I met some StP people at the slabs.. 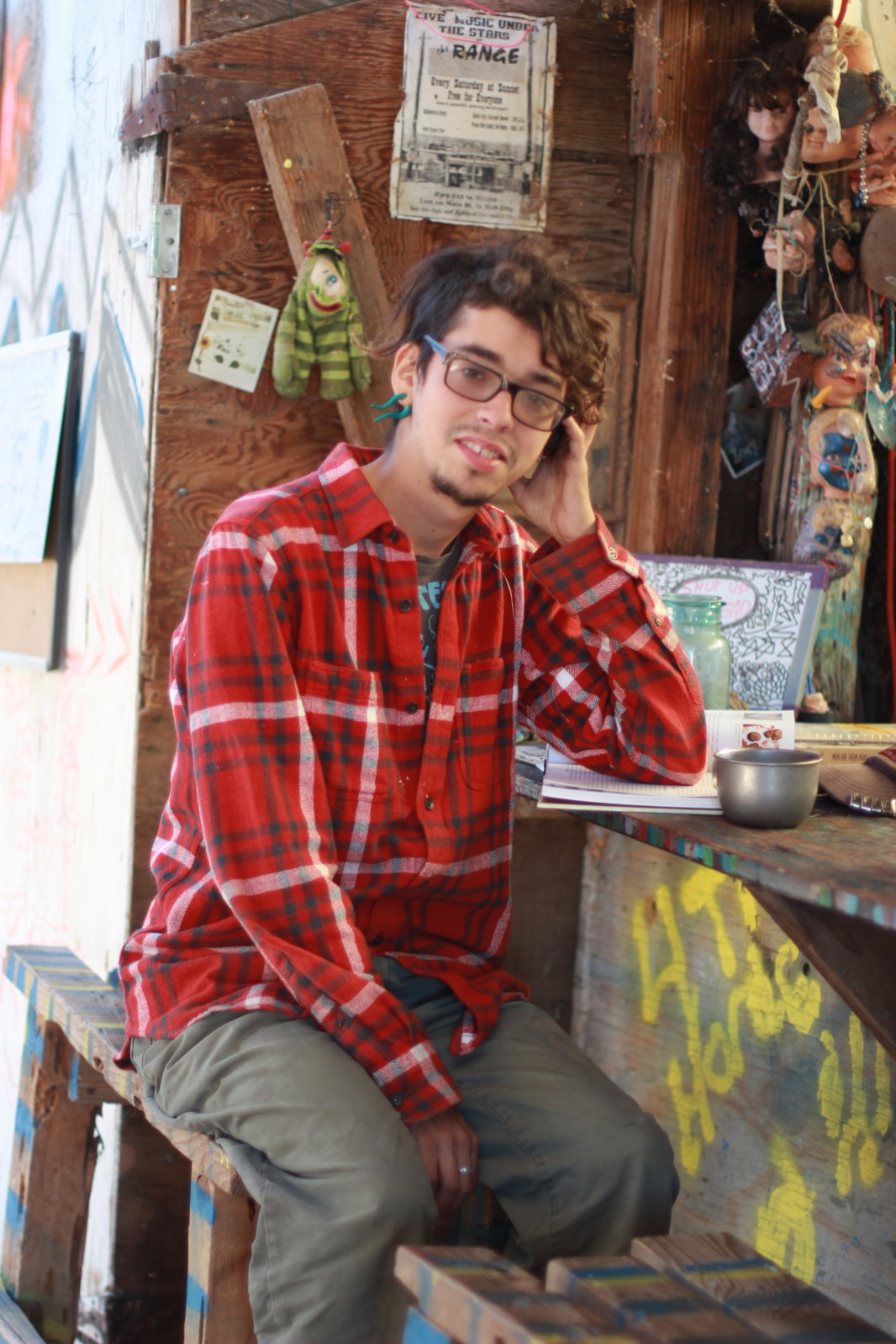 Alright, I can't do this, going back to those memories makes me want to leave and get on the road again.
And compared to the other stories around here I feel like I didn't do shit, but for me it was a great time, I was introduced to a totally different travelling culture, I flew a sign, I spanged, one time we got a motel room, I was kicked out of several places (Taco Bell, Love's, McD, etc) full american nomad experience

I made some friends in the slabs and we thumbed back east to Dallas where I got on my bus to NY and flew back "home"
I'll come back and write the rest.. (too soon for this atm)

Oh, and I got some souvenirs (stolen) 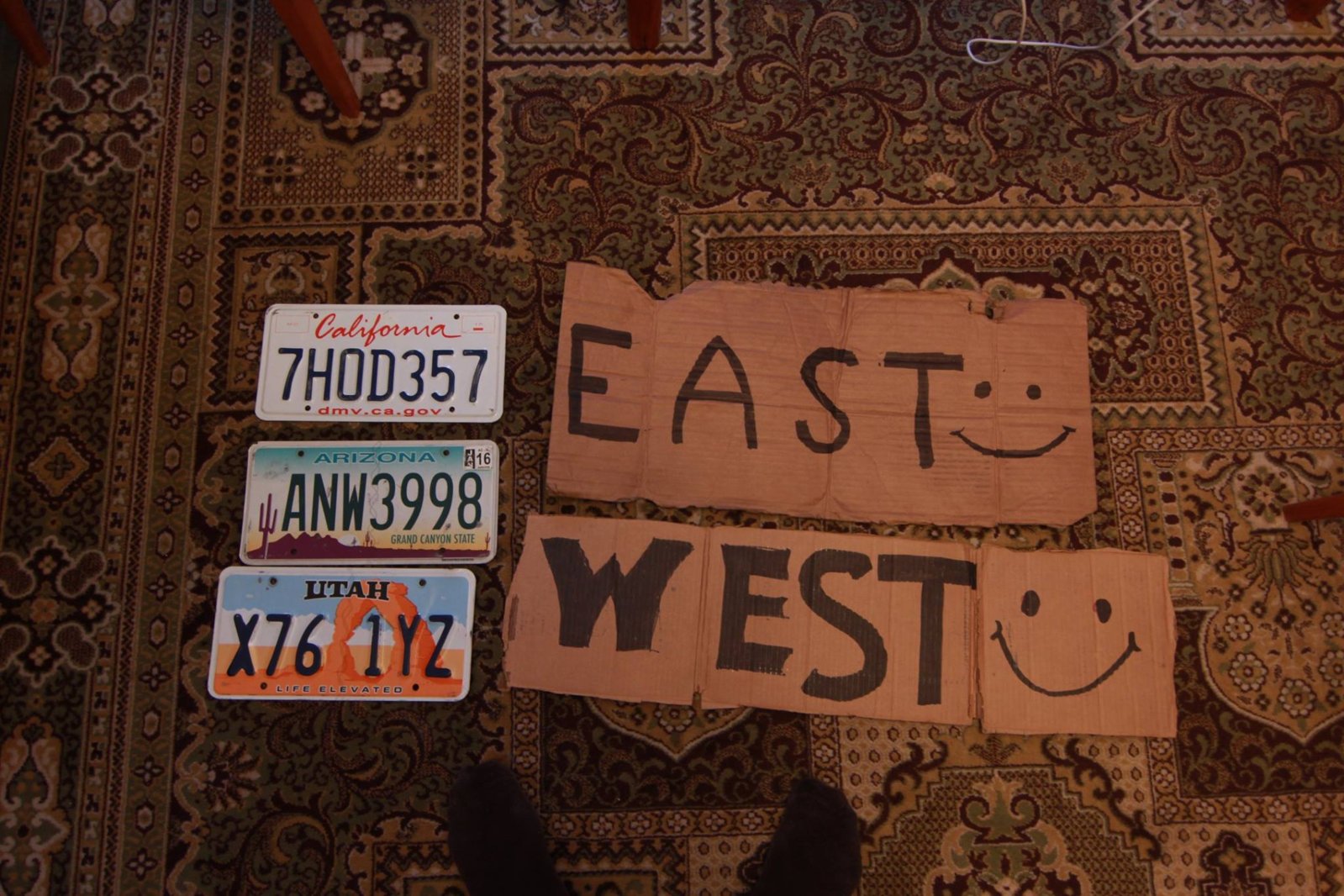 Wow - awesome write up and it sounds like you had a great trip too!! I see you met @EphemeralStick too!

Oh yeah, I've met a lot of people from StP, but can't rember their names, there was this guy at the slabs, he knew you too he told me he was hosted by you several time, he was taller than me.. most likely 6'5'', dreadlocks ..
And yes, it was an amazing trip .. I'm definetly coming back to the states

Glad you had a good time! It sounds like it was the 'romance' of American travel that brought you on this journey. Did it meet your expectations? Was it as idyllic as you'd hoped?

Its funny you mention how large things are here in America.

Crazy, I never thought about that.

Theres no such thing as a small trip experience. Yeah, maybe did some more epic shit or whatever, but each trip is unique in its own way, and when you consider all the people sitting on their asses at home for a lifetime, the sole fact that you had the balls to pack your stuff and leave is impressive!

I closed my account
I can agree with the decision that a clean or a dirty appearance do not dictate the personality of a person. A person can act with rude behaviors while clean or dirty. In short, the physical hygiene of a person does not comprise the complete character of a person.

Whoa! There's my mug! It was awesome meeting you @amines keep in touch!

Sweet! thanks for sharing the dream. live long, prosper, and write it up man.

sweet trip. I'll have to check out your euro travels
G

I closed my account
Awesome story of your travels. Always head back to the western part of America for such experiences of freedom and wanderlust.

Thank y'all for the likes, nice words and support, I'm currently writing a thread with some of my past travels.
It was by far the most exciting hitchhiking experience I've gotten so far and changed some of my plans as I will explain later

Me arriving in New Zealand: Holy fuck everything is so clean, why is everything so clean?
You must log in or register to reply here.

Travel Stories Jul 10, 2021
Tony G
the time my best friend and I were caught by a cop

Travel Stories Apr 21, 2021
Raebyday
Did i just win, or did i just disguise my psychosis