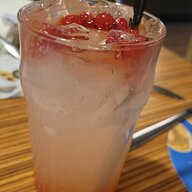 I don't recognize the bodies in the water

I'm not new to traveling, or getting around on the internet. I'm just here to pick up tips on how to travel safely and what gear I need and whatnot. I'm currently in the Midwest but I'll be taking an Amtrak or a hitchhike to the West Coast and traveling from Washington to Southern California. I've never been to the West Coast before.

After that I'll go Southwest back to Arizona and new mexico, go through back to colorado, and be back in the midwest.

After spending a summer in the midwest, I'm planning on going back East to pennsylvania.

My 5-year goal (after seeing the West Coast) is to move out of the United States and no longer be a citizen of this country.

I want an electric bike, but that goal seems very far off.

Thanks for reading.​
Reactions: JackSquat, NightWalk and Gin
••• 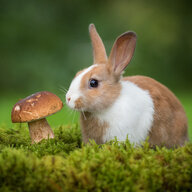 My 5-year goal (after seeing the West Coast) is to move out of the United States and no longer be a citizen of this country.​
Click to expand...

Hello, you and I seem to be here for the same reason. I just wanted to chime in on this part. DO NOT renounce your US citizenship until you've done a lot of research. I can show you how to do this without fucking yourself when I have more time. In the meantime I just want you to be aware that it's very important that you do not become what is known as "stateless". Basically, you want to gain citizenship in another country before you renounce your US citizenship. You should also be aware that it's going to cost you several thousand dollars to renounce your US citizenship. Uncle Sam wants that tax money and he's not going to let you out of the slave system without a fight. In fact, I'm hearing that lately they've switched from making you wait years until you can officially renounce to not making appointments at all. It's a very complicated process.

There is another way which I'm considering. When you apply for a passport you can have your status changed from a "US citizen" to a "US National". This means you're no longer under the Federal Government and only a citizen of the state you were born in. It's a complicated process (they make it that way on purpose) and you'll want to do a lot of research before you attempt this. One place to start is searching for something similar to: "Do not detain list how to" on youtube. Beware there are many people that will charge you hundreds of dollars for this information. Don't fall for their scam. All the information about this is on the internet for free you're just going to have to dig for it.

At any rate once you've gone through this you no longer have to do things like pay federal taxes. You no longer need a driver's license to drive on public roads as long as you aren't engaged in business. Your passport ID can be used in place of a state issued ID. When cops run your information "DO NOT DETAIN" or something similar will come up. I know it sounds like bullshit but it's all true and there are many videos on youtube of people that have done this being let-go by the cops even though they're driving without plates on their cars and refuse to sign traffic tickets. Most do not even bother to show up for court for petty fines. It isn't a total get out of jail free card. You can still be arrested if you cause harm to other people or commit a crime like assault. But things like seatbelt and minor speeding tickets no longer apply to you. You just have to notify the court that issued them in writing within 3 days that you refuse to pay the fine and don't have to do so under the law.

It's a complicated subject and you'll probably want to spend a long time researching and learning before you attempt to change your status. For now all you need to know is your parents signed you up for slavery when they applied for your SSN. You're basically volunteering to go along with it every time you sign your "legal name" on their paperwork. All one has to do is declare that the contract isn't binding and you can be rid of it all. You can even continue to operate with your legal name within the system to get the benefits like SS without being legally responsible for taxes if you know what you're doing. It operates kind of like a trust if you set it up that way.

I suggest getting a copy of Black's law dictionary and spending a lot of time researching this before attempting to do anything. Going this route is actually easier than renouncing your citizenship in the US all together. I know of people that have been waiting for years for their official meeting to renounce US citizenship. They're living abroad and have been for decades. They only want out because they're tried of being taxed twice (by the country they reside in and the USA). I even know a guy that hasn't been within the US since he was 2 years old that's still paying taxes to Uncle Sam. Lots of ESL teachers try to go through the process because their salary isn't much and getting taxed twice takes nearly half their income. I even know one guy that got so fed up he stopped paying the taxes. It wasn't a good idea. Uncle Sam came looking for him and he's serving time right now for failure to pay.