You are using an out of date browser. It may not display this or other websites correctly.
You should upgrade or use an alternative browser.
D

So here it is my long term plan. with the collapse of the American and world economies there is a nitch opening up for the movers and shakers with nothing really holding them back from greatness.
Being from and raised in Seattle i have alwase been close to the water i have alwase been fascinated by pirates and boats I am a pretty ingenious and resourceful person when it comes to making shit work especially when its a mode of transportation.
there has been alot of people unable/unwilling to keep paying for there boats as well as there land expenses so they have been scuddling there boats left and right all over the country (scuddling means towing or motoring/sailing your boat out away from people or authorities and sinking the craft to rid ones self of the financial obligations and in some cases even reaping the insurance from sinking it thus turning a rarely used money pit into a quick and fairly large check) but most times these people are retards and cant even do that right so what happens? the boat comes back! washing up on shore in some waterway or cove and sometimes even damaging others boats and property often costing 1000's of tax payers dollars in removal, storage and disposal (cutting up) there is a modern day name for what i propose its called salvateur a salvateur salvages marine vessels and/or gear from sunken/wrecked/abandoned vessels often a license for this kind of business ir fairly easy and cheap to obtain - or you can just go nomad and then your a "pirate" taking whatever you find to be easy and accessible to use for your own ends. cause after all what would San Francisco county care if 10 dirty street kids dug this vessle out of the beach and sailed it away? >>> Arte de San Pancho: S.F.: Sailboat trucked away from Ocean Beach Jonathan Curiel Monday, January 26, 2009
sailing is not hard to do its just a conglomeration of your 5 senses wind on your face, barometric pressure felt in your inner ear, visualy inspecting the telltales of your jib and the luff of your main sail, feeling the tack line with your hands, its all common sense if you can hop a train chances are you can crew a sailboat. living in dirty cramped spaces eating whatever is not rotten, drinking till you puke and then drinking more, days and days on end with little sleep to get to your destination, living off foodstamps, all these skills you have from a land lubber traveling life are usefull to the life aquatic.
theres some really nice sailboats getting scuttled all over the us and the rest of the world the US is really the only country that sees this as a problem >>> Sailing Vessel Snow Goose
with less and less jobs and more and more people ending up forclosed on and evicted there is a shitload of people looking for alternative housing options and if you walk into any marian and ask if they have "liveaboard slips" available they will most defiantly say "no more liveaboards, were all ready at capacity" but there is nothing illegal about living "off the chain" - boat anchored out of shipping lanes, and away from anything it could drift into and damage. the coastal waterways (excluding ones like the Hudson river and the SF bay) there is not a bunch of hot head water going cops looking for dirty rotten squatters with no titles to the boat they are living on - they dont care!!! as long as your not shooting wildlife or otehr boaters or polluting the water they don't give a shit what you do.
i originaly came east to find thease places >>> Charleston Waterkeeper
the pacific ocean is too rugged to salve unlicensed and the mariners are not as stupid - 9/10 times they succeed in sinking there boat. eastern mariners are stupider and there is more inland salt waterways for a boat to sit unnoticed for days, weeks and even years - just do a google search for "abandoned boats" or "derelict boats" the results wile only on a few pages are still staggering - AND THESE ARE ONLY THE KNOWN VESSELS!!! there are still 10's of 1000's of undiscovered boats all over not just in the gulf of Mexico and the eastern US seaboard bot all over the caribbean!!!
LOOK AT THIS!!! >>> Derelict boat in Naniamo - DPNow Photo Gallery can you immagine yourself and 8 others crewing this all around the eastern seaboard and the Caribbean in search of salvageable boats? towing the good ones to a secret haven to fix them up or taking all usable gear off the too-far-gone boats and sinking the rest of the hulk?
or say a vessel that cannot be salved in any way nor offer any usable gear or rigging can be used as an offshore aquatic squat like the offshore drill platforms there is some fairly large hulks that can still be used as a home away from the water . . . or something . . . whatever just search through this link. >>> Abandoned Vessel Inventory | NOAA's Ocean Service Office of Response and Restoration

nevermind the ones like the Dutchman if its on the bottom its not worth a duck fart.
some like the Be??trix can be dove with home made air bags and pumped full to raise them again and then we could determine if they should be fixed or properly re sunk.
think about it . . .
and aside from boats put all your creative skills together: homebrew alcohols, leather working, sewing, art, herbalism, horticulture, WHATEVER!! imagine sailing into some port and we pay our 10$ a day guest moorage for 3 or 4 days and you set up a booth and sell your shit to the locals, we offer our services, fibreglass patching of others boats, in water hull scrubs, mast ascention to re wire deck lighting and or communications arrays or the directional wind teltale. i/we just need a starter vessel and a crew to start this off and the skys the limit - I'm not fucking joking!!!
real deal pirates of the caribbean lets fucking do this shit!!!!!!!!!

Come and crew with me!!!:crew:

this is gonna be a hot thread. pretty great ideas. hmm.... I may be down.
D

Almost forgot to mention people that can/are willing to do massive amounts of sewing are definatly encouraged to join this dream as most every salvageable boat will have either no sails or tattered and rotting sails one can make sails out of anything: stacks of bed sheets, tarps, reed or even well tapped tyvec plastic - it doesn't matter what you use as long as it ceatches wind and moves the boat. anything is possible with some ducttape and dental floss - all you crusties know this!!!

Do you think a plan like this could work around the Great Lakes Area???
D

I wouldent want to.
with the great lakes you got too many dangerous variables: extreme winters, coast sharing two countries shores, more regulations, more people with money, no where to run if the law gives chase for less than legal salvaging operations.
there is loads of laws in inland fresh waters in america as well as canada the potential for getting hemmed up by the law is imense but on a small scale it could be done more as a summer thing if one chose to call that sea sized lake home . . .

This sounds awesome! I'm decent at home-healing kind of stuff and got the sewing skills as well as knitting/crocheting and even a little yarn making. I'm an all around handy kind of girl. I'm in!

That makes since, I would rather do something like this on the ocean, I was just wondering because I live in the great lakes region now.

Anyways, I think it sounds like a pretty solid plan, and would work if you put a lot of effort into it!!! I'd probably be willing to help if I was ever near were you plan on starting this.

i am soo down....
later though
i still have land lover stuff to do
D

BUMP!
Come on people I'm serious!!! Make some noise here for this, let me know its not falling on deaf ears.
Currently on the move to an undisclosed south east location (got some stalkers, not even safe from them here) gonna set thins thing in motion in the next few months, hearing about incoming hurricanes on NPR this morning the Dixie-landers see this as a bad thing I see it as a good thing!!! for the piracy world!
And wayward your more than welcome, i just came across some small pullys that i hope hanging on to can be used for an improvised head sail sewen into the luff could making raising the homemade sail up the forestay easy as hell. this is all un important just goes to show . . . something i lost my train of thought.
whatever

I'm damn near an expert tailor. I'm also very handy at herbal remedies and all sorts of odd skills. give me the when and where to meet up and im there in a flash!

this would be good if i handt seaphobia.
D

@Wartomods: hey even some of the greatest pirates were flawed. Shit I'm deathly afraid of sea creatures - I get my revenge for having to touch the nasty things when I crush them under my booted foot on my boat deck though.
Barnacles, clams, muscles, starfish, sunstars, cucumbers, jellys, crabs, its not the creepy crawly nature its not being able to see what lurks beneath or if they will attach themselves to you and digest your skin on the spot like starfish - when i was a kid i let a starfish attach itself to my hand and it spit out its stomach acids on my hand and yea, bad chemical burn and a star shaped hickey on my palm - cool looking usually ends up nasty and painful.
D 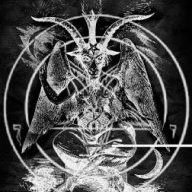 I'm in. !!!! I can do any work necessary and keep crew morale up with a few sea shanties I'm ready for the water.. Must get out of this desert 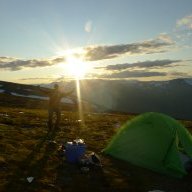 Where and when? I'm off to travel the world for a while, and to do this when I reach america would be awesome if you're still in need of extra crew. It's gonna be a year or two though, but when I'm finally there I'll be up for it!
M

wartomods said:
this would be good if i handt seaphobia.
Click to expand...


we're in the same boat

i was a deckhand on a fishing boat (dragger) for a while and we'd fish right outside of the commercial shipping lanes.
all the time, 2,3,4 am we'd see freighters passing by just a few miles away, often i'd be hallucinating from lack of sleep and daydream elaborate fantasies of going somalian on them doing a hijacking. It really would be quite doable with a fake SOS
diesel is hella expensive and our 80' boat burned like 600 gallons a day towing a net at 5 knots/hr. So get a sailboat.

I'm going to make some sort of militia and blow every pirate out of the water and feed you to the sharks.
D

You would get wasted hard bro >>>

MOTHER FUCKING WATERWORLD!!! im down..
You must log in or register to reply here.

Introductions Nov 5, 2020
Ameris
Turns out if you spend enough time in Florida you will eventually be given a sailboat.