Mission to Rescue the Buddah (1 Viewer) 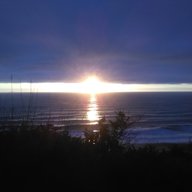 Perhaps the boat shall die before getting there.

Perhaps the Buddha is already dead.

January 2014, Victoria Island or some such, rubber tramping through British Columbia.
Hit a parking bounded by snow as far as sight allowed.

You've probably seen folks (or been)making their living from trash bins & dumpsters.
This is already Holy & Difficult Work.
People who pull value from what is discarded, rather than steal are the goddamned children of Christ, and are going to judge everyone of us fuckers too scared or needy to do so, when everything is reduced to molten fucking reality..

He wasn't aqualung from the Jethro Tull album cover, at all, but..
He was scroungy, of course, and in the bitter fucking cold had a goddamned fucking hat, and his teeth were better, by far, but..
that fucker hadn't bathed since the previous spring, bless Hlm.

You know.. hard, greasy, shiny, effectively unwashed, dirty fingers (not black, but just shiny & dirty), picking through bins, not bothering *anyone*, other than picking, (which is pretty hard, fucking, holy work..).. well..
I. The fucking cold & snow & what is probably scant fucking pickings from garbage cans at a remote fucking rest stop in goddamned British Columbia, I offer him a few cans of soup & beans.
& this fucker.. Fucker..
Holy Fuck..
This fifty years old plus MotherFucker, digging through Trash Cans for goddamned food, in the goddamned subzero temps, looks at the three cans I offer Him & hands me back *two* of the fucking things, saying "I can't eat those, they have animal products in them"..

It takes exactly 10 milliseconds for this to flip my fucking lid.

I should have left him with a 1000 bucks, instead of looking for other cans I hoped he could use, but..
If you are that cold, that poor & that strong,
You are the Fucking Buddha.

& If I can get my goddamned boat up there & drag his ass out into the warmer Seas & care for him as He Dies, I may just fucking do it.

Today I tape the hull edges..

Fucking drinking game. If I took a shot everytime you used a variant of the word "fuck" I'd be fucking smashed.

To do this properly absolutely requires a either a trip through the P. canal, or a trip around the Horn.

I hope the bastard us still alive, although if he is, he may be perfectly happy.

That's funny. I take ahot every time I say the word fuck or fucking or he'll fuck fucking fucking..

Of course I am, however, serious, sober or otherwise.

if this fucking boat goes west, then she may go north.

If she goes north the question before the crew will be "does the Buddah live?"

Or, rather, " does the goddamned fucking, fucking, Fucking Buddah live?"

The secret to a good drinking game is to never be so drunk as to not remember what was promised, and to hold to the debt you drank to.

This baby is already chewing at my legs, like a dog that doesn't know if it is hungrier for affection or for food.

I give Her both.

Taking all the fucking shots i could possibly need, because She is taking them, also..
"West Marine Epoxy & Hardner.. $150 a gallon,"

I judge my life.. my actual being, at times, by an old 'homeless' (?), unemployed (probably) garbage picker i interacted with for less than 10 minues.

Fuck yeah, i'll take a shot.
& fuck yeah i may sail my boat up there to find him, or when she sails where it's warmer, to try to offer him a berth.

if he smells, however, when he has the chance to bathe, we throw his fucking ass overboard..

Eng JR Lupo RV323 said:
Fucking drinking game. If I took a shot everytime you used a variant of the word "fuck" I'd be fucking smashed
Click to expand...