Just wanted to post a heads up that Mexico is insanely easy to travel in and there is pretty much no reason not to come here. Everyone on this board should get a passport and escape America for a little while.

I closed my account
Glad to hear that you had a most excellent experience. Just remind me: Is the hitchin' still bitchin'?

Weaseled my way into a gig writing an article for a newspaper in San Miguel Allende about different hotels, and used that as a way to stay at every hotel for free.

Everything is still bitchin' -- I posted this because if you're a person in America with no money, with a wild hair, who wants to see shit instead of sitting at a desk waiting to die, etc... everything about Mexico is better in every way. Everything is cheaper, everyone is nicer, everything is more insane.

I'm saying, imagine riding trains or hitch hiking...except now it takes 30 seconds to get picked up instead of 2 hours. And now, you can eat 3 meals a day for $5. And hopping trains is legal. And everyone shares everything they have with you. And instead of getting off a highway exit and seeing "Cadillac Ranch" or "The biggest 7-11 in the world," you see a 500 year old church where people come to whip themselves and make blood sacrifices. Just saying, I can't really figure out why people have this bold line in their head, when it's just the next country over. Just say fuck it, y'all.

man, that's really good to hear after all the horror stories that keep floating around about it for the past few years. can you go into more detail? id REALLY like to hear about why you went down there, why everything is so awesome, the actual exchange rates, what it's like being around people there, etc.

one of my concerns is having a laptop and camera... id obviously be smart and not advertise, but you never know. i also would have a hard time giving up these things for a few months, considering my line of work, and projects like stp...

Well, I've been trying to get to Mexico for about as long as I can remember. I'm pretty down to get sidetracked, though, and while Ive set out saying "I'm going to fuckin' Mexico" about a dozen times, I would always meet someone and "Oh, okay we're going to Oakland now," or "I never rode the highline, so I've gotta do that," or "Oh, Mardi Gras's in a week? OK, I'll stay in Nola." It just never materialized. But I always thought of Mexico as being wilder and more lawless, and whether or not people want to hear that, it's true. It is like that -- though the people definitely are not. Mexicans are calm and humble people in general, but wild people definitely have fewer restraints here.

The exchange rates are legitimately insane. To be fair, I've only been in Mexico DF and San Miguel Allende so far. But these are touristy places, which are considered expensive compared to the rest of the country. With that said, I've found that things are usually around 1/3 the price here. A big fucking sandwich is 15 pesos, which is about $1, and it'd be about $3 in America. The bus is 5 pesos, and it'd be about $1 in America. So everything's cheap as fuck and I've lived off of $40 this week, taking taxis around and eating out 3 meals a day. I don't need to tell you that that is insane.

The people are nice as shit and are helpful if you're working on learning spanish. I went to France and everyone was a snarky little bitch when you couldn't communicate. Here, you say "uh lo siento, pero no se....cual is la palabra para XXXX?" and they just tell you. Why the hell not? If you really don't get it, usually one person out of every group speaks some English. Most of the men I've met here have spent time working in America before coming back to Mexico, so they get it if you speak English to them.

In general they are extremely gracious people who don't have the walls that Americans -- and especially punks -- usually have. There is no alienation down here. If you see someone on the street, well, that's another guy, just like you. Why would you be a dick in any way? Everyone really feels for everyone else here in a way that gringos don't. It's hard not to be disgusted by American culture when you're down here.

Anyway, I got a laptop and phone. I have a job I do over the laptop, so I had to bring it. I'm not sweating it. Nothing's happened to me yet. Heading back to Texas on Tuesday but God damn if I'm not scooting back south of the border first chance I get.

what's your job over the laptop?

Contract work for The Man -- mostly transcription, but some other stuff too. Gives me the opportunity to work as much or as little as I want to, and go anywhere in the meantime. Couldn't ask for much better, honestly.

Surprisingly, internet is pretty much everywhere. Less so in the small towns, but get a load of this and tell me if you think there'd be multiple wifi spots within pissing distance. It's a lot less common for individual families to have internet, but there are many more public wifi things going on. 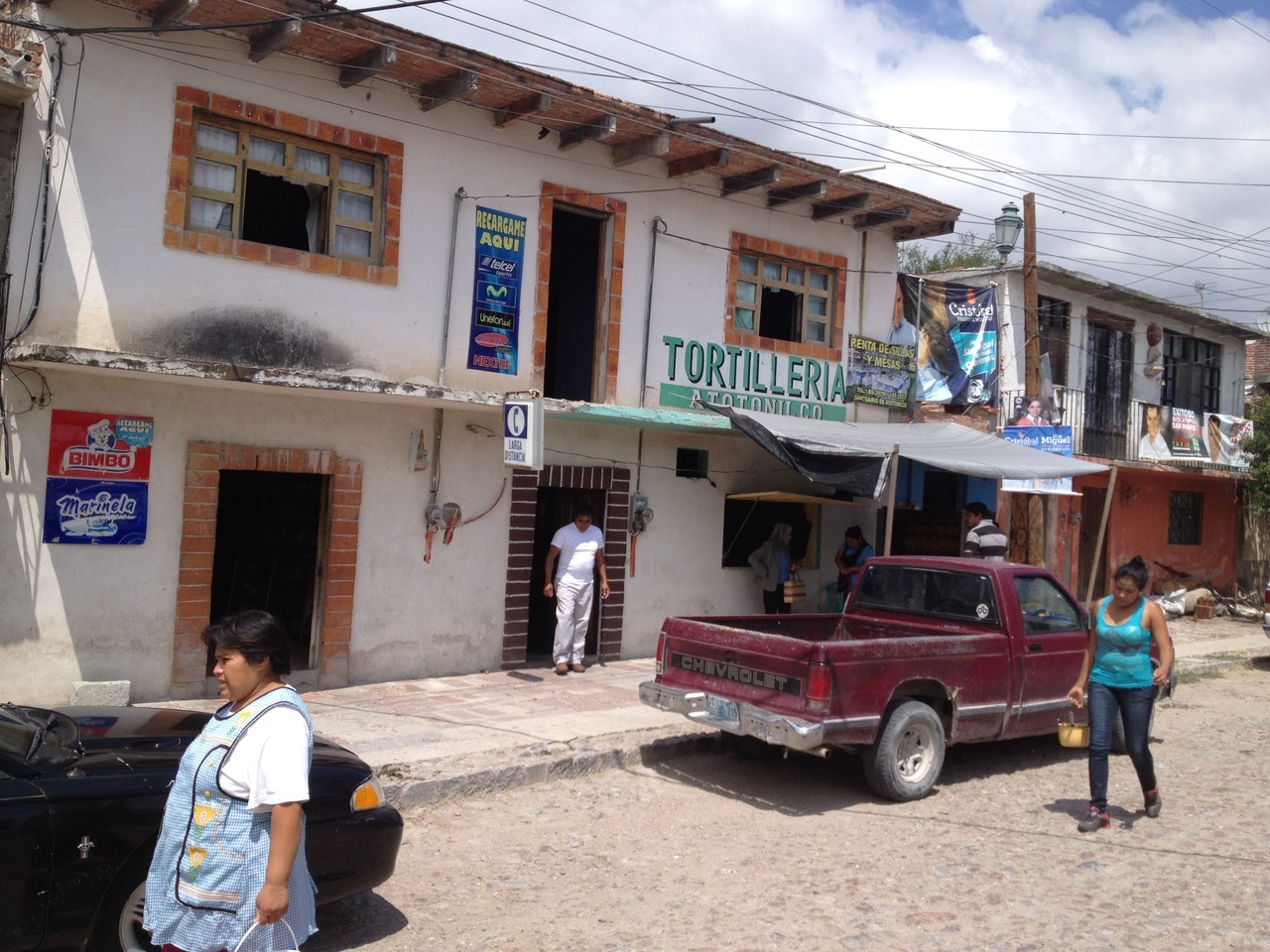 I closed my account
Would that be a wifieria?

i'm pleased you've enjoyed yourself in Mexico. I'm doing my best to get back there for a while at the end of this year. Fingers crossed it happens, air tickets from the UK are expensive! It's been 8 years since I was last there and reading this thread has just reminded me even more how awesome it is. 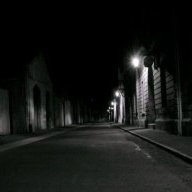 Thats pretty good man. I would like to go there sometime but would try avoiding mexico city and juarez cause Ive been letting the news get to me. If you happen to pass by there let us know how it is.

Well, the news says what it's gonna say, but realistically, it's pretty ridiciulous to be afraid of cartels in the DF. What I always told people before, and still tell people now that I actually have experience to back it up, is that worrying about cartels in DF makes about as much sense as worrying about the mafia in NYC. It's a huge fucking city, any violence obviously happens in specific neighborhoods, and usually between specific people.

Yea i have been down there a couple times not knowing shit about the cartels between 2006-2010 and everything was fine but since then i have got my face sleeved out(tattoos) and have a big 666 tattooed under my eye so, next time i go, if i end up in a pile of dead bodies, i was NOT involved, just so everyone knows

For a few years now I've had my sights on mexico, or even south and still south to some place like argentina. Everything cheaper, simpler. And so been working on spanish, very slowly but have made some definite headway.

Common sense tells me that things I hear in the news are far from accurate reflection on real-life concerns and actual day-to-day activity, anywhere. And experience shown me that for the most part, wherever you happen to be if you keep your head, don't play games you'll be just fine.

Actually, can we talk about ways into Mexico?? By freight?
What state is easiest to cross? Texas? And is it possible to stay on the train cross border or is there some heavy walking involved?

Some pointers would be well appreciated.

I really wouldn't recommend it, but I don't know if you have a passport. Getting fucked by cops down there is so easy that being legitimately illegal is just fuel for the fire. I don't have any experience with sneaking in.

I'd say Arizona, though. Driving through Texas border was hotter than hitching through Arizona, and I had a passport.

Well didn't mean sneaking in exactly. More just where the route of least resistance is, in terms of having to hitch out, instead of crawling through some state-patrol infested border yard.

But I guess that answers most of it thanks.

If anyone here has any experience train hopping into and through mexico, I'd be curious to hear where you went, through the border and then after, and how far south. As low budget as humanly possible.

My savings small. Boredom giant, in this here city.

is it possible for someone who has a warrant, but never been convicted, just a warrant, to get a passport and go into mexico? and maybe further into south america? thanks

also ive heard you need a visa for other countries, is that true? cant ya just use cash?

and how long does it take to get a passport after you apply for one?

Passport takes up to 8 weeks, yes you can get one with a warrant as long as its not murder and you are not in the interpol database for like multiple homicides all over the world. Getting into Mexico is easy as shit, I made my way all the way to Honduras without a passport 3 years back and never got caught but it still makes me nervous sometimes.

It is comical because i remember the border crossing from Chiapas into Guatemala and there was a "official" bridge for the border crossing then right next to it a tiny river with an "unofficial" bridge that the locals were using to get into Mexico without being checked ha, legit not 20 feet away from the "real" bridge. Just depends on where you go and where you want to cross borders at. If you get stopped and are an asshole, they will deport you, if you get stopped, say you left your passport in the hotel/hostel and apologize you will be fine almost every time.
You must log in or register to reply here.