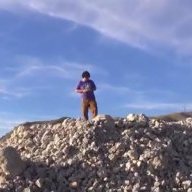 I thought a lot of you might find this interesting.. I know I did

Crafty hobos are turning the Manhattan Bridge into a veritable shantytown, complete with elaborate plywood shacks that are truly “must see to believe.”

One of the coffin-sized living spaces — which have been built into the bridge frame near the Manhattan entrance — is secured with a flimsy bike lock and bolted to a metal beam by its inhabitant.

The pods are built into the underside of the upper deck, below car traffic but above the subway and bike lanes.

To reach his makeshift studio, the bridge dweller — a stocky, neatly dressed Chinese man in his 40s — climbs a chain-link fence to a nook above the bike lane, witnesses said.

He unlocks the red bike lock with a key, slides a plank of wood back like a door and crawls in. 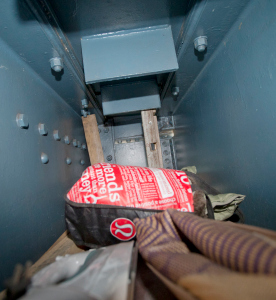 Several yards away, another vagrant spends his nights in a similarly rustic abode, sleeping on a roll-out mat and stashing belongings in a red tote bag.

His bathroom is a milk jug, his decor a scrap from a magazine.

The 10-by-1¹/₂-foot shacks are cramped, but the rent-free homes sure beat the cost of living legit in neighborhoods nearby — like Brooklyn’s trendy DUMBO, so named for its location “down under the Manhattan Bridge overpass.”

Last Sunday, a cyclist on the bridge spotted one of the homeless men climbing the fence — and mistook him for a jumper.

The cyclist called 911, prompting cops and EMTs to rush to the hidden homestead, roughly 150 feet from the bridge’s Manhattan entrance, at around 2:40 p.m., according to a source at the scene.

Officers yanked the man off the fence and questioned him. He speaks little English.

He gestured toward the shack to show he was simply trying to go home — not kill himself.

Officers later learned through a translator that the man was living on the bridge, the source said.

A spokesman for the Department of Transportation, which maintains the 6,855-foot-long span, did not immediately return calls seeking comment.

Passersby had plenty to say.

“It’s pretty cool, it’s a very New York story . . . I mean, hopefully, he’s safe, and he has some way of supporting himself so he gets food,” said Debra Vitale, 30, of the West Village.

The shanties are a squeeze even compared with New York City’s smallest apartment, a 100-square-foot studio in Harlem that costs $1,275 a month to rent.

A city Department of Transportation rep said the agency will monitor the situation.

“While we are not immediately aware of any other conditions you ask about, we are looking into it,” the rep said. “In general, this seems like a matter that would normally be brought to the attention of the NYPD and from your description it sounds like they are addressing it.”
Last edited by a moderator: Jun 6, 2015

I deleted myself
Poor guys don't live there right now, I bet.

I we had effective social support in place, things wouldn't be necessary.
OP

Nope, I bet within that same day they blocked it off and took all their stuff out. If they're not bothering anyone, and not fucking with the bridge, let them be 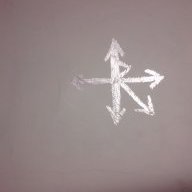 Damn pigs and nosy hipsters can't let a person be. Of course they're going to be all up in that shit, we can't have a place that's NOT controlled by society.
OP

From the pictures it looks like it's just normal construction or something, so not suspect.. I understand calling the cops for a jumper but fuck, let the dude be
You must log in or register to reply here.
Similar threads
News & Blogs Voluntarily vagrant, homeless youth a 'crusty' urban challenge
Share:
Facebook Twitter Reddit Pinterest Tumblr WhatsApp Email Link