So a couple weeks ago I was in Corona CA, woke up sick from not being able to stretch my medicine for my morning dose. Bad start, between me and my girl it took 4 hours to get the 20$ minimum needed to be okay, and alas, no one would answer. We had gotten kicked down a 20$ Wendy's gift card also,so decided to kill some time and grab some frostys and some cookies. I absent mindedly handed the worker my cash, instead of the gift card. I immediately realize what I did and she agrees to give me my cash back, and use the gift card. I guess halfway through that she mindfucked herself into thinking giving me MY 20$ I had given her, back, Is the same as me trading in my gift card for cash. I argue the logic, but in the end, I walked out upset without cash but the gift card I figured I'd use another time. The next day starts in a similar fashion, sick, and extremely hot. We decide to get some frostys with the gift card. Only it doesn't fucking work. 0.00 balance. They had double charged me. I explain what happened, and they inform me that they were told I had kept showing up trying to return a gift card... I luckily got a manager that would listen (younger alternative girl), only after my cleaner less homeless looking partner vouched for me. She looks at the camera from the day before, sees I was telling the truth, comps me a couple frostys, and explains that I have to talk to the GM at 10am to get my refund. Pain in the ass, but I feel like they are going to make it right. The next day I show up ready to get some mofuckin frosties and cookies, ask for the GM, they said to wait, she's on her way to talk to me, I step outside to smoke, and I see the GM slinking through the back door. As I goto walk back in, I'm informed that they have called the police, and I am no longer allowed at Wendy's. I'm fuckin invested, but my legal situation is grim already, so my girl takes over, and the staff literally hid. She spotted the one who had seen the footage, and asks what's going on, and to tell the GM that she figured out I was double charged. Cops roll up, I duck off with my girl feeling defeated. My girl told me that karma will get them, because stealing food from hungry homeless folks is not fuckin cool.
We were sleeping at the park bathrooms across the street... We heard cop radios At 3AM and figured we were about to get booted, so we get up and walk out expecting to be hassled for sleeping there for the millionth time...

Instead, I see the most beautiful raging Wendy's inferno.
For a second, I believed in God.

Ya got some hard luck bro, but they paid the price in the end. I'm glad you're doing well, be safe have fun.
•••

the tiresome automatic assumption that because you're poor and homeless you're always the one in the wrong or upto some scammy schemey shit : ( 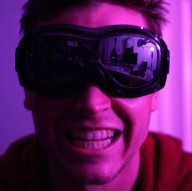 Yeah, I think poor people get hated on hard. They always have (throughout history and geography). Societies carry a dominant paradigm and structure, and if you don't fit in, then you are a ripe target for abuse... any vulnerable person is.

It's survival of the stronger, smarter, more charismatic, richer, prettier, etc. It's the rule of the jungle. Life is hard. You have to fight for everything. At least, that's my interpretation of it. Kindness, gentleness, and compassion exist (thankfully) - but they aren't the rule. It's largely human nature to be cruel and selfish, IMO.

But I don't like to be bleak, and I don't want to live with a negative mentality, so the next step in my mind is what can someone who doesn't want to be part of the norm do? My answer is try to create a small community of like-minded people... a sanctuary.

Homebase
Under ur bed

Same shit different pile everyday.
•••
You must log in or register to reply here.

I got fired lol

Travel Stories Mar 24, 2022
Boardingly
B
Ignored by the girl I loved