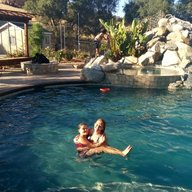 Hello, everyone.
I love to travel, but am a stay at home mom, so I haven't been getting out much these days. With two teenagers and two toddlers, it looks like it'll be a while; I'm content with that.
I'm seeking information about Reno Brian (Brian K.). Although we were total opposites, Brian was a dear friend of mine in high school and I was devastated to hear of his untimely death. He was such a kind human being.
Is there anyone who could give me some clarity on that? Was it an accident? How did an experienced train-hopper fall from the train onto the tracks? This took place in New York in 2013, from what I understand.
I'd appreciate any info you may have. Thank you for reading!
•••

I don't know anything about this particular accident, haven't read any articles or know that name but I can toss around a couple assumptions to try and cover your question; How did an experienced train hopper fall from the train?

Slack action is deadly, and if you're not prepared for it while in the wrong place on a railcar when it occurs, it would be easy for even the most experienced rider to fall fatally from a train. So that's a possibility. Sometimes riders like to surf the top of the trains, that's insanely dangerous if slack rolls in or out.

Sometimes riders cross from one car to the other, either over the knuckle, across IM platforms, or even along the side of an IM well, while holding onto the lip of the container. These are all very dangerous things to do but it doesn't stop people from doing them. I think part of the appeal to riding is the rush. Doing dangerous things gives people a rush, let's ya know you're alive.

Idk, there could be plenty of other factors as well. Sometimes there's just freak occurrences. If you can link an article we might be able to help more with speculation.
•••
You must log in or register to reply here.

Hobbies & Projects Sep 3, 2021
WildVirtue
Just some notes that turns into a rant.

Travel Stories Jan 24, 2021
Originalsleepygirl
The Secret History Of The War On Public Drinking