I have Square on my phone to use when someone owes me money and they make the excuse: "I don't have any cash right now..." and I whip out my Square reader and say, "Not a problem!'. This guy has a new approach.
Plus, it sounds like he's doing some good stuff.
-----------
A homeless man in Detroit now takes credit card donations thanks to an app he set up on his phone. He has also set up a website and homeless collective to improve the lives of homeless around him. 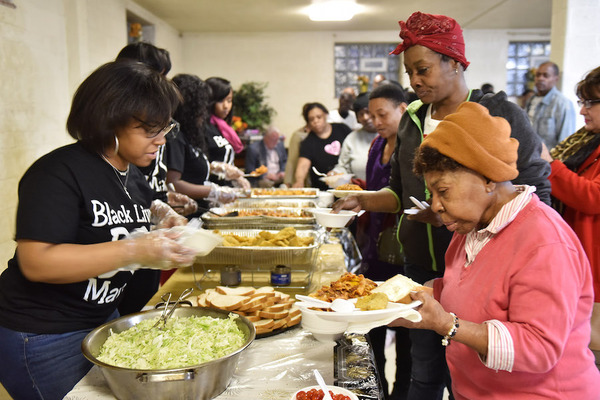 One Detroit homeless man is taking credit for changing the panhandling game.

Abe Hangeston, a homeless man who has been living on the streets of Detroit for roughly seven years, now takes donations in all forms – cash, debit, or credit. The homeless man purchased a card reader for his cellphone that allows him to accept all donations through Square.

Mr. Hangeston, 42, goes by the name “Honest Abe” on the streets. A light winter, which meant a lack of snow removal jobs for the homeless, forced him to go digital to earn enough money to survive, he says.

The end result is a tech-savvy business model aimed at simplifying the giving process and improving his life and the lives of other homeless people in Detroit.

“My business is being homeless, now homeless is my business…” Hangeston states on his website.

"I'm trying to turn this situation into something that will not only help me but help others," Hangeston told WKRC Cincinnati.

Hangeston lives under the 8 Mile overpass of 1-75 in Detroit. His Square card reader allows him to accept donations from passing commuters via cash or credit and he told CBS Detroit he brings in roughly $20 to $50 a day from panhandling. However, he hopes his new focus on technology will help bring him and his fellow homeless more work.

The plan outlined on his website involves collecting a group of 365 homeless men from his area and distributing equal amounts of money collected by patrons of the website to the group at regular intervals.

“I have never even heard of a homeless program (let alone seen one) that actually presented itself as a viable pick you up, dust you off and send you running, all the bells and whistles included full package program,” Hangeston writes on his website. “… Just once I wish there was someone with a rope to assist.”

The Christian Science Monitor ran a series on the state of homelessness in America in December of 2015. Last year, officials in Hawaii, Seattle, Los Angeles, and Portland, Ore., each declared a “state of emergency” over local homelessness. Many other cities continue to struggle with the issue as well.

The 2015 State of Homelessness in America report, conducted by the National Alliance to End Homelessness, found on a single night in January in 2014, an estimated “578,424 people were experiencing homelessness” in the US.

Innovative and aggressive solutions to the issue are taking hold in pockets around the nation. Minneapolis has gathered a wide coalition from both the private and public sector to tackle homelessness in the city. The result is a patchwork of programs aimed at providing guidance to young homeless families, centers where homeless can get food and medical services, and housing subsidies to help get homeless off the street and into homes.

In 2014 in New Orleans, a group known as UNITY, a 60-agency collaborative of state, local, and federal agencies, helped end veteran homelessness in the city completely, removing 227 homeless veterans from the streets. The agency is now seeking how to best serve other vulnerable groups.

And Detroit now has Hangeston's plan.

"I've rebuilt my life a few times but this time I'm not getting it," Hangeston told WKRC. "People don't realize how tough it is to come from nothing when you don't have any family or any friends."

Interesting article and a great find there sir!!

i've totally thought about the square reader thing as a new tool for spangers.... surprised ti took this long for someone to jump on that!

fuck that shithead, unless he uses it as a primary distribution point.

fucking disgusting, if he doesn't.

as bad as any fucking politician..
G

creature said:
fuck that shithead, unless he uses it as a primary distribution point.

fucking disgusting, if he doesn't.

Once again you have proven to be one with words . Honestly the dude has his strong points , I mean come on he is spanging a corner with a card reader. Hitech hobo for sure.

if he's actually operating as a relief service, fine.
but a mooch?
fuck 'im.

he's on the level of a snake oil pitchman, & would probably have starved in a real jungle..
G

if he's actually operating as a relief service, fine.
but a mooch?
fuck 'im.

he's on the level of a snake oil pitchman, & would probably have starved in a real jungle..
Click to expand...

I don't like you. Your a asshole,super judgemental towards anyone doing somthing you find to be out of your norm. "THE HOMEBUM IS GETTING PAID BOOO HOOO "... Go troll some kids with threads about being noobs and pass on misleading information as usual.