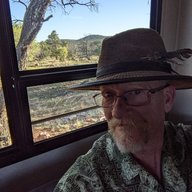 Every place in this state has at least 3 names and this road is no exeption. Called North Star Rd by some and Military Rd on some maps, Forest Road 150 bisects the immense Gila National Forest for over 50 miles heading north/south. Homeland of the Chiricahua Apache, the Gila is still wild and rugged and incredibly beautiful. The road is fine for most high clearance vehicles, including Subaru type SUVs but can become impassable during monsoon season and in winter. The highest peaks reach to just over 10,000 feet and the steep canyons shelter wildlife and form the Gila and Mimbres Rivers. In summer, the high mountain meadows are cool and a great escape from the desert heat below. In winter, the foothills and surrounding desert offer warmth and remoteness. The Gila National Forest contains over 2 million acres with two wilderness areas where only foot and horse traffic are allowed. The surrounding desert and foothills are full of BLM land and there are endless camping and exploring possibilities. Why leave paradise? 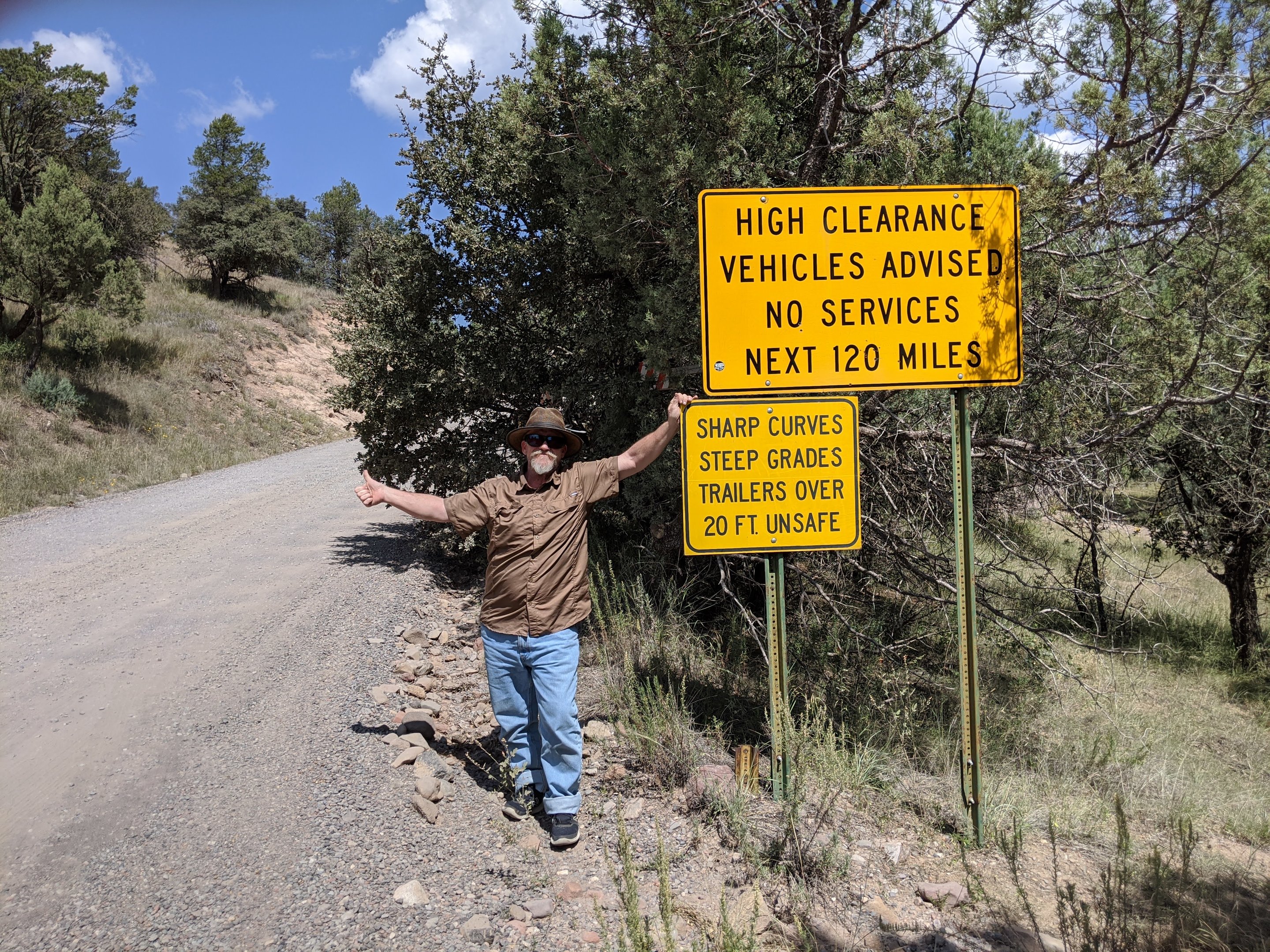 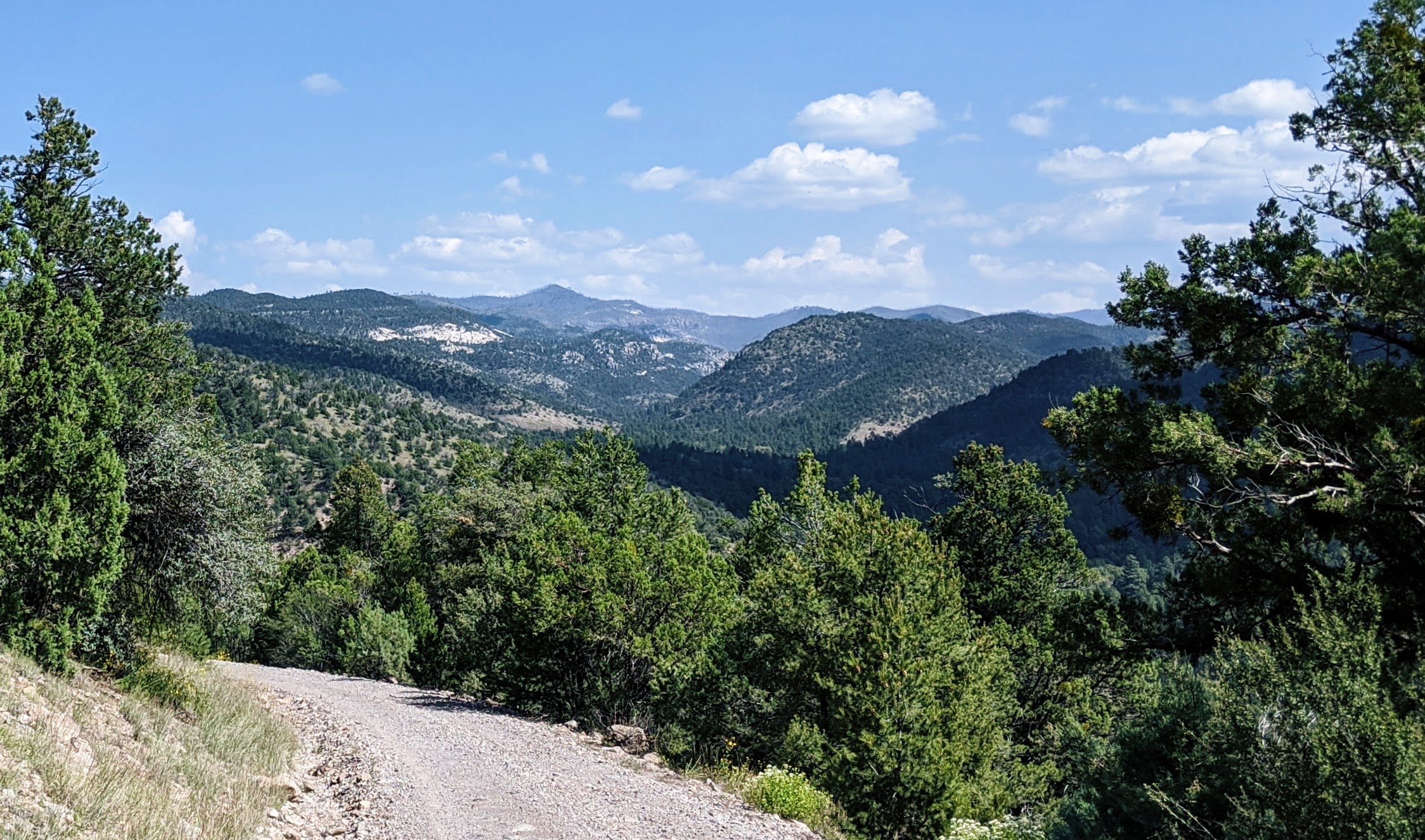 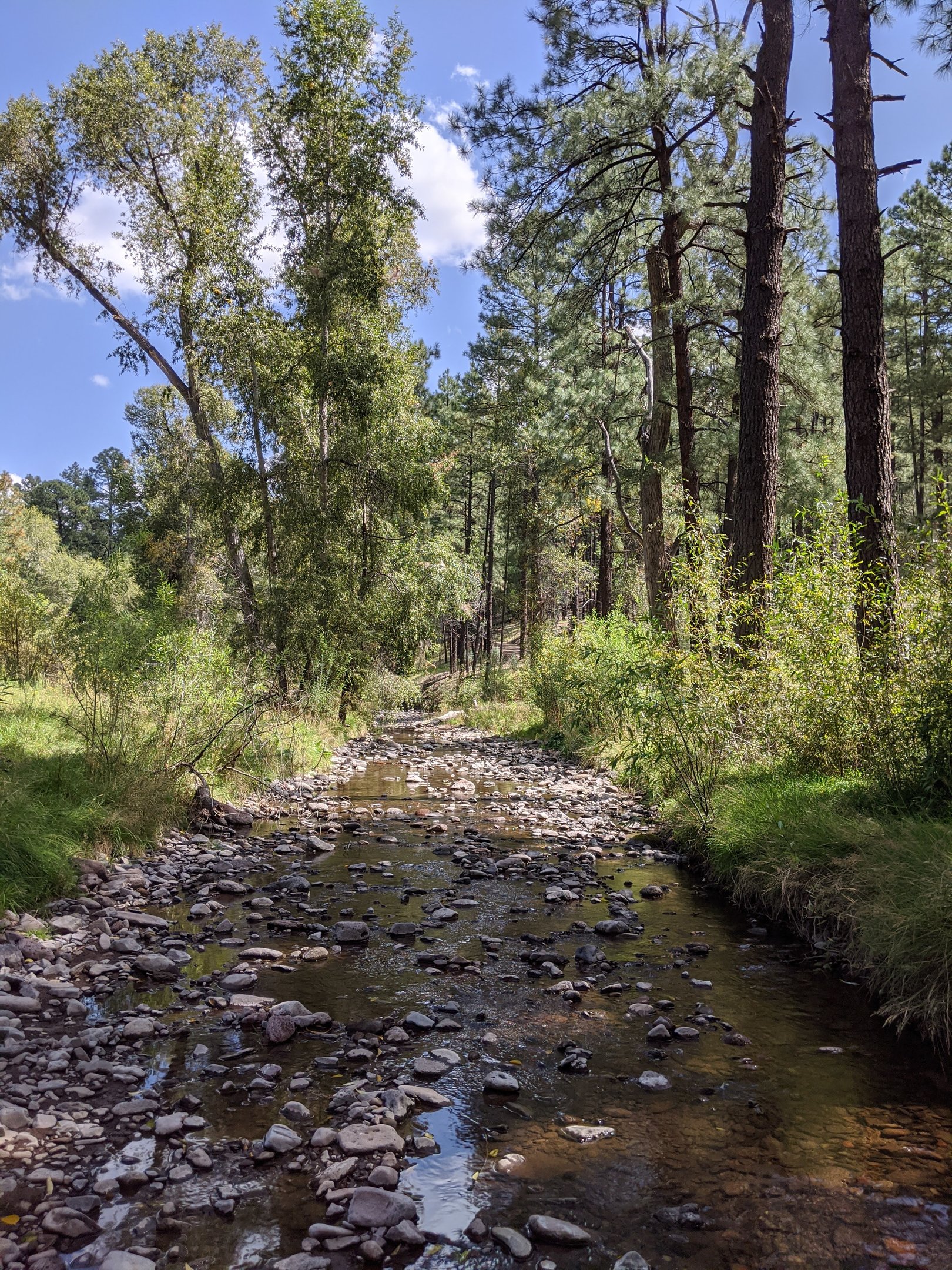 maybe it's cause i just woke up, but i had to google where gila national forest is. new mexico? that's cool since i plan on doing some more exploring out that way this spring, looks beautiful! oh and thanks for the donation

@Matt Derrick The Gila in SW New Mexico is hard to portray in pictures let alone words. There are ancient ruins, abandoned mines and mining towns, rugged canyons, rivers and streams. Elk, deer, bear, wolf, coati, ringtail and jaguar and hundreds of bird species live or migrate through here. The CDT winds its way through the Gila and is one of the most remote sections of the trail. Get this though; there are only two law enforcement guys covering the whole 2 million acres of public land. People get lost in here are are never found. Winters are mild compared to the Rocky Mountains and you could also live here and never be found if that's your thing.

For all its beauty and allure, relatively few people come to the Gila. It has no winter sports, no world class fishing or rafting although there are good places for both. It's not really on the way to anywhere and at least an hour from the nearest interstate. Silver City, at 10K people, is the largest of the small towns dotting the area and you can find Walmart and hardware and grocery stores, a small university and a good art scene.

I'm trying to buy a place nearby to have as home base between my traveling but for now I'm posted in the Mimbres Valley on the eastern side of the Gila. Come visit anytime. I'd be glad to give you and anyone else the grand tour. 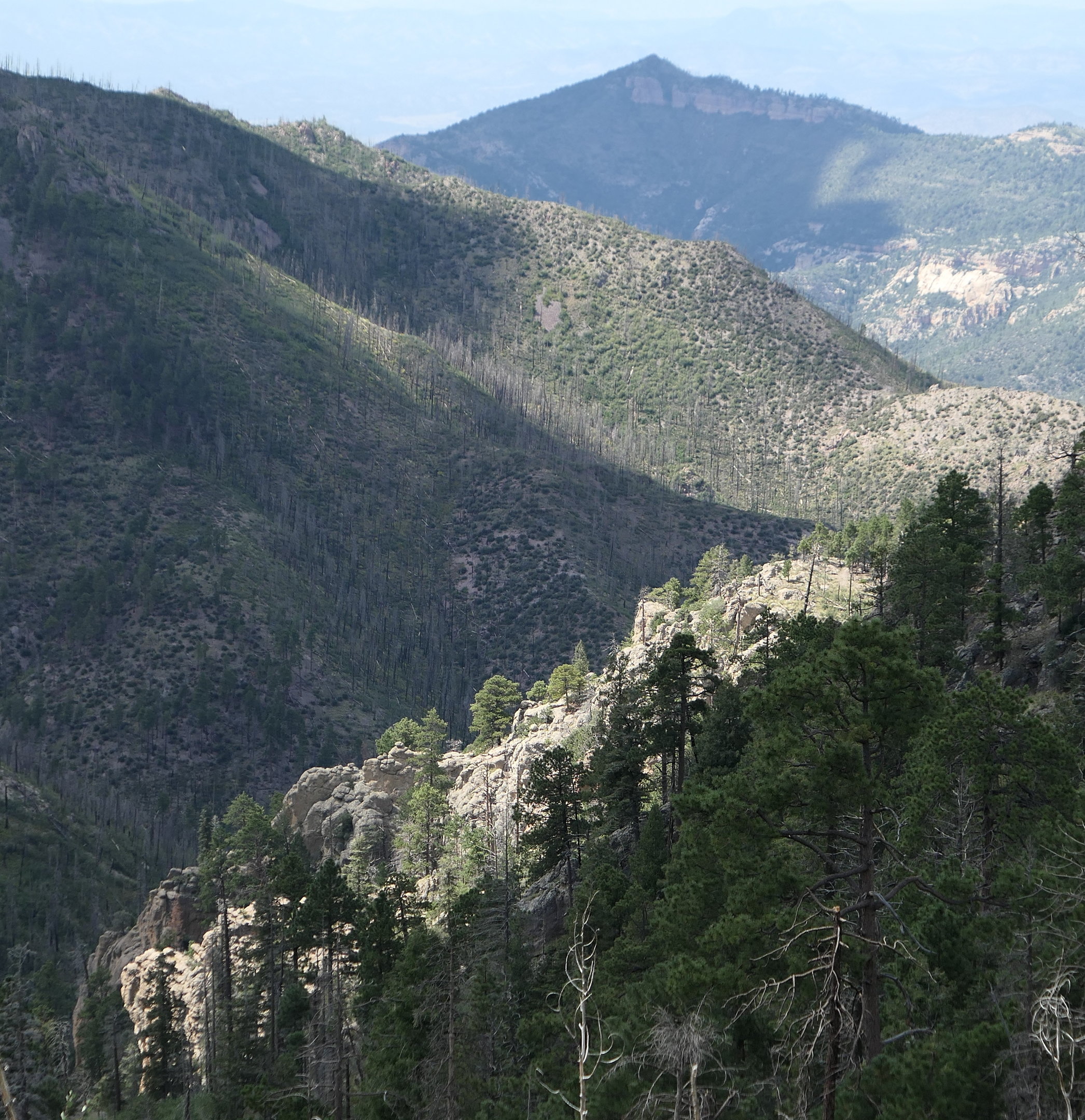 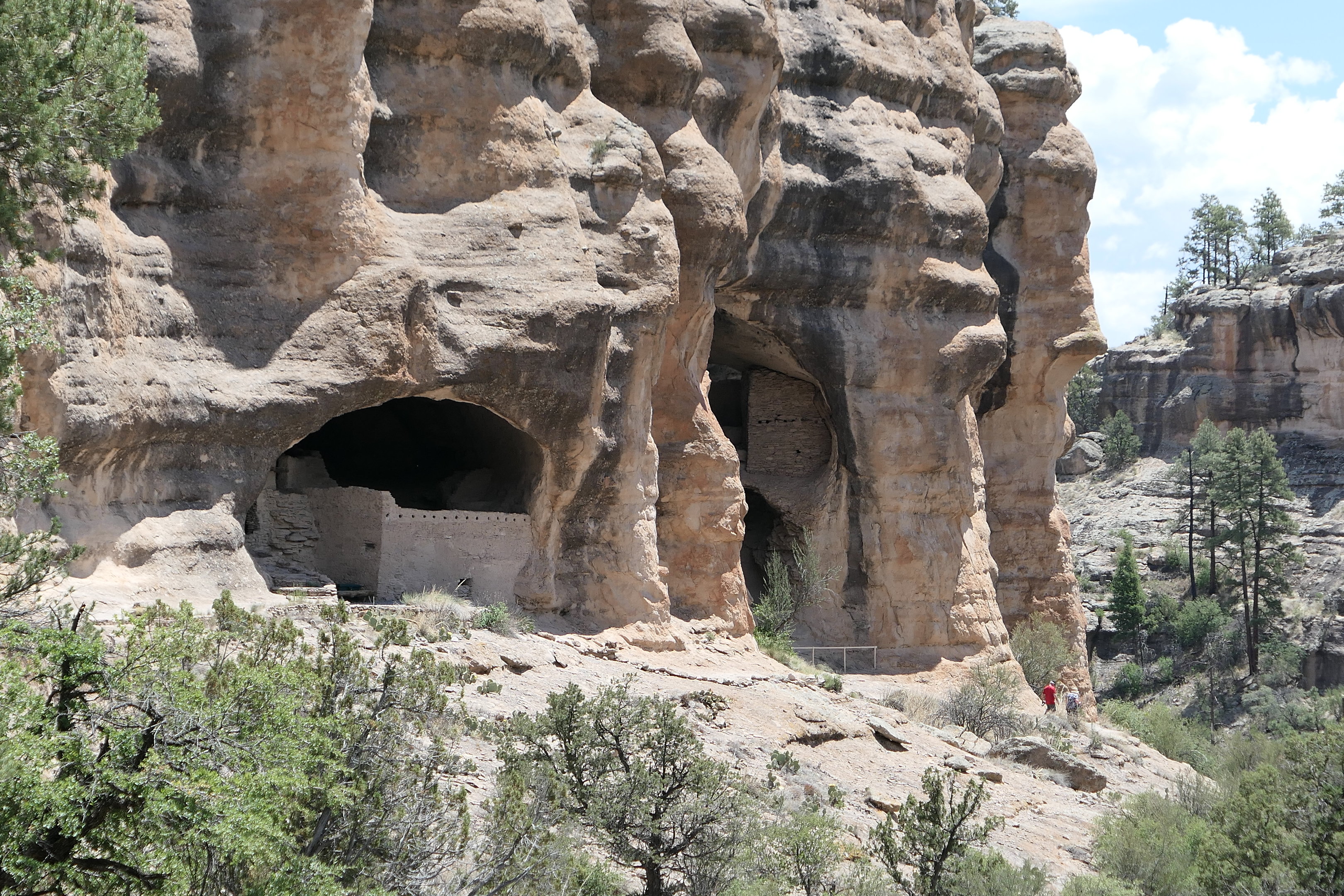 Ah, yes. The Gila. Home of America's first Wilderness area. Also one of the homes of one of the best naturalist writers ever to pick up a pen, Aldo Leopold.

If you have never read 'A Sand County Almanac', I would highly reccommend it.

Those high desert/plateau/sky islands of the southwest are probably my favorite areas to explore. I was offered a Wilderness Ranger/Trails job down there out of Mimbres, wanted to take it, but I cant stand the cities in that part of NM.

I was pleasantly surprised by Silver City. You're right though, some towns aren't very welcoming nor would I wish to be welcomed in them. I lived in Albuquerque for 10 years which nearly made me crazy, or perhaps it did and I'm blissfully unaware. Ranchers and USFS do not have a good relationship here and the tension around wolf reintroduction is always present. I've never had any problem camping or hiking though. 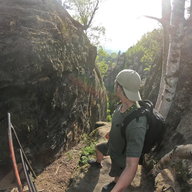 Wow, looks awesome I will definitley go there some day.
Greetings from Germany