I blame TV shows like The X-Files, and maybe unsolved mysteries too. I loved those shows when I was a kid and they definitely left an impression on me. I always wanted to explore strange places and hopefully witness the impossible (like a UFO) myself someday.

Area 51 has easily been #1 on my travel bucket list before there was even a list at all. It sat on that list for 20 years, with a lot of near misses and logistical reasons why it would have to wait until 'next time' whenever the opportunity came near.

So when I found myself eating the infamous Alien Burger at the Little Ale'inn restaurant and motel, I was feeling a little bit giddy. After waiting a lifetime to do something that had only sat on paper for so long it didn't quite feel real. 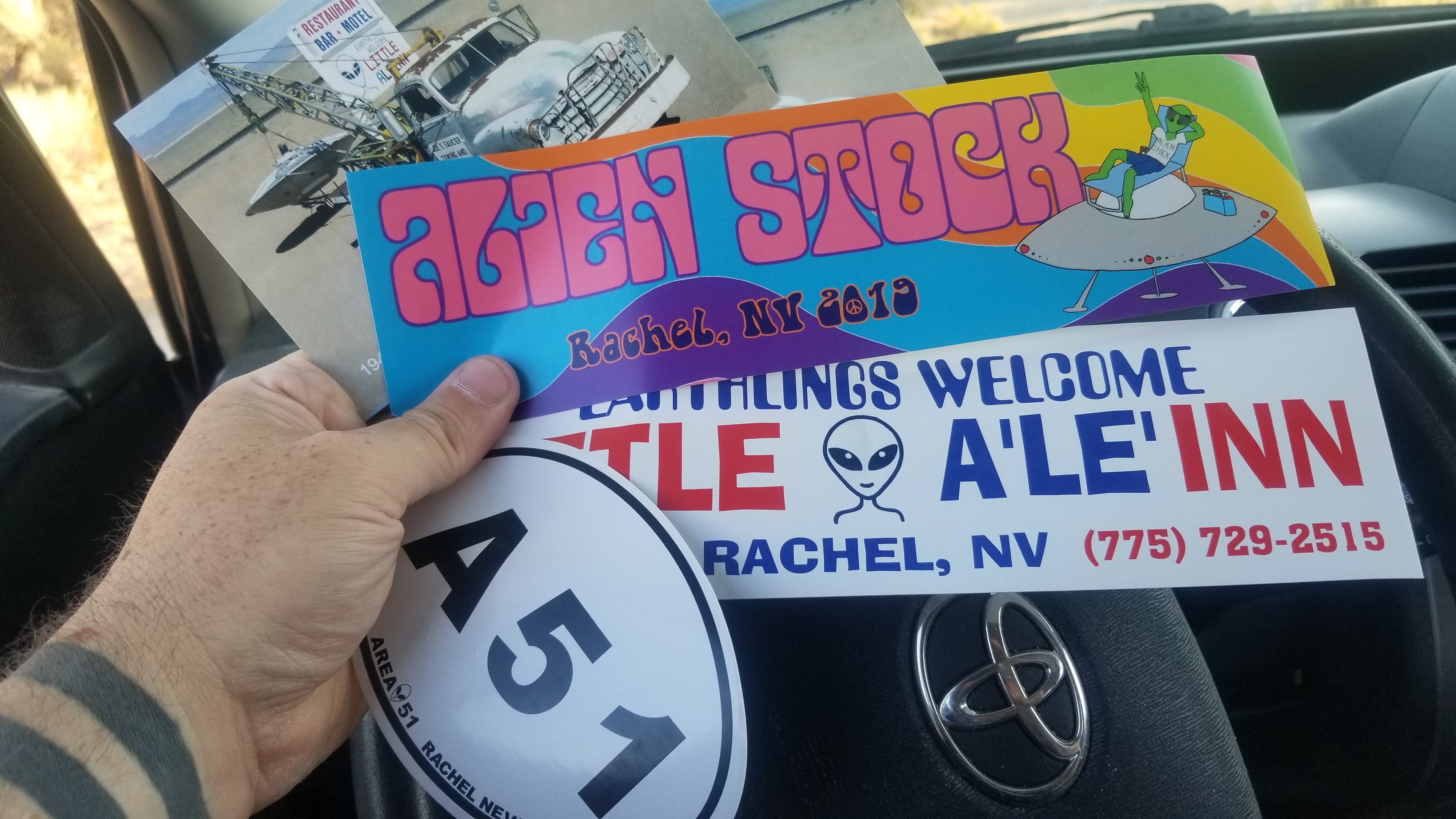 Now I'm not gonna lie, the burger was pretty average. The alien pie was okay. Was the place a bit of a tourist pit? Sure. But I was just so happy to finally be there and it was just good enough to not disappoint, and I stocked up on a few postcards and bumper stickers to put on my future school bus conversion. 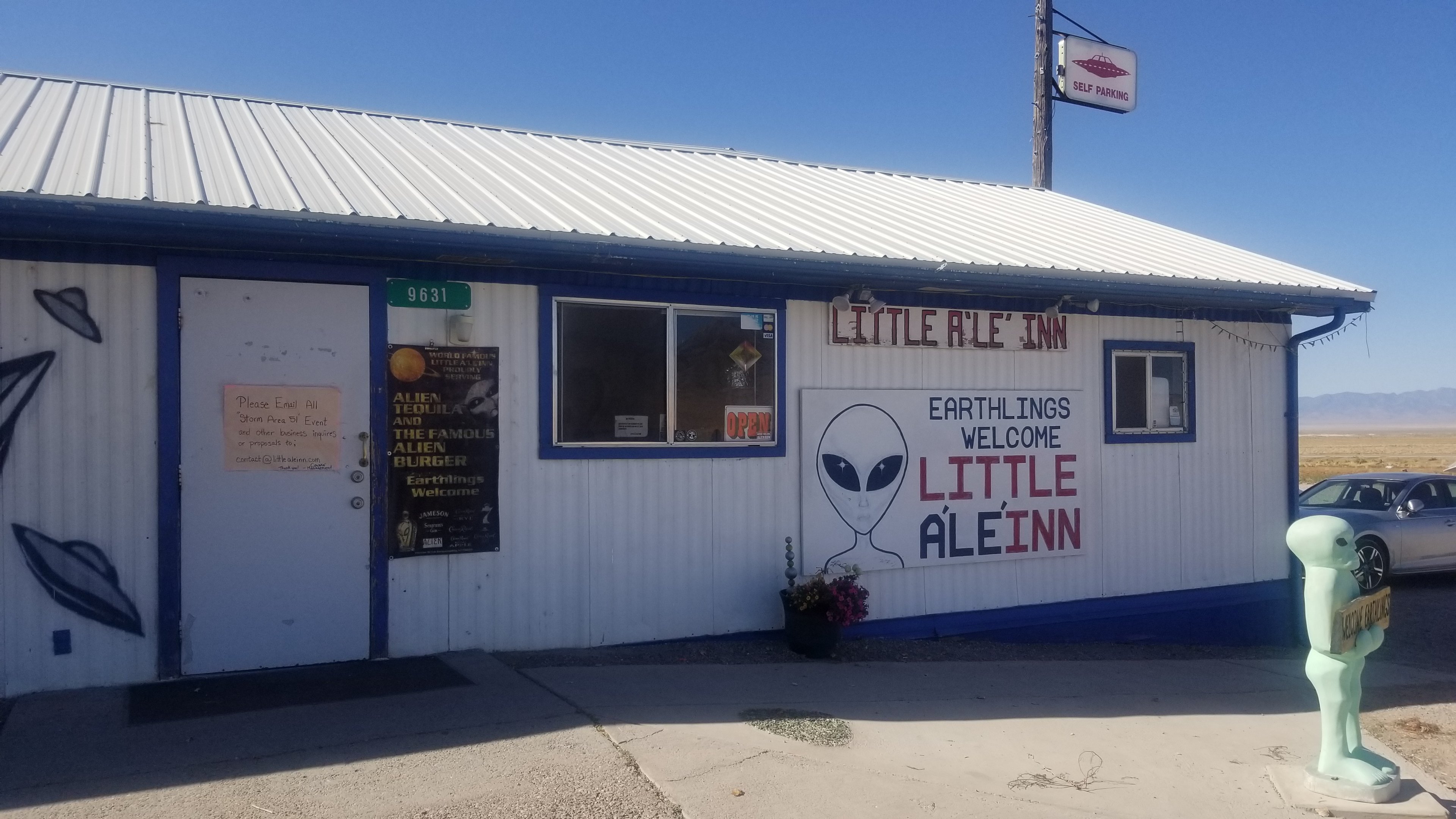 If you don't know, the Little Ale'inn is basically the only business in the town of Rachel, NV (population 57) which also happens to be the town closest to the infamous Area 51 'secret' military base.

I've always been told videos of the inside aren't allowed, but I did find this clip on youtube so you can at least have an idea of what it's like:


Outside though, there's a few interesting signs and a pretty funny tow truck hauling a flying saucer: 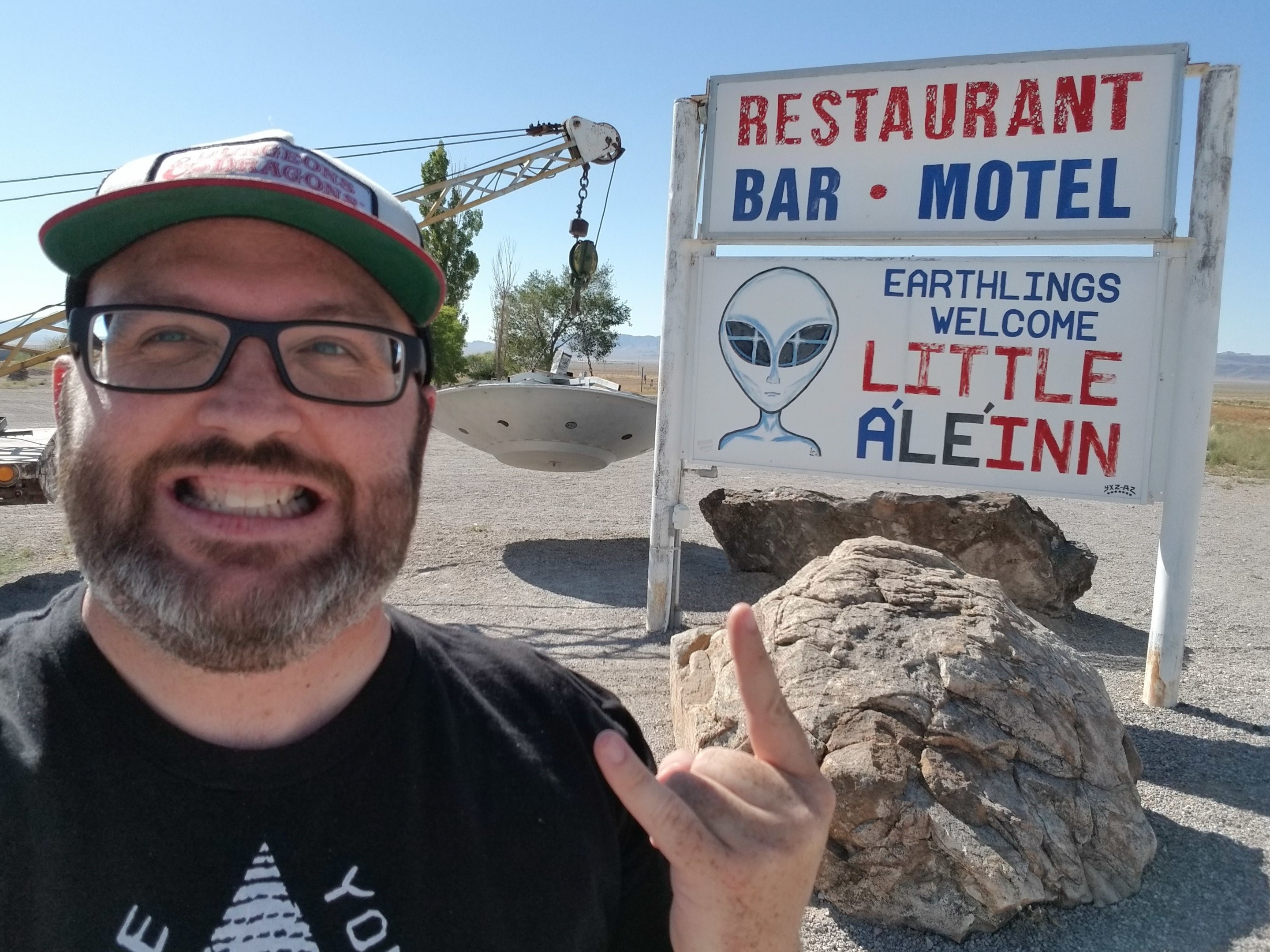 Now that I had the touristy stuff out of the way, it was time to make the pilgrimage every UFO fan must make here. First, I stopped by the infamous black mailbox:


I was excited to see that it was actually here, and still black! You see, the box had at one point been painted white, and then removed entirely a few years ago. Apparently someone recently took it upon themselves to bring it back in it's original form, so I was thankful for the opportunity to visit it, since I wasn't expecting it to be there at all.

The next part of this pilgrimage was a visit to the south gate of the Area 51 property. Fortunately it was pretty easy to find the road leasing west from highway 375 (the "extraterrestrial highway"), since it wasn't that far from the black mailbox. As I drove the 10 or so miles out into the desert, several other cars (and one transit bus?) past by me going the opposite direction, so apparently I wasn't the only person visiting today.

I'm no stranger to dealing with the police, but I have to admit that when I pulled around that last turn and finally saw the infamous 'government property, lethal force authorized' sign, I was feeling a bit nervous. This was the real deal folks, one foot past that sign and I'd be in some serious shit. Just to drive the point home, I could clearly see a border gate guard sitting in his truck up on the hill above me, and I knew without a doubt he was watching me very closely. I also noticed that the government had installed fresh barbed wire for quite a distance to each side of the gate, definitely a precaution for the 'raid' taking place on September 20th.

Still though, I had to get my selfie with that gate, so here's the proof: 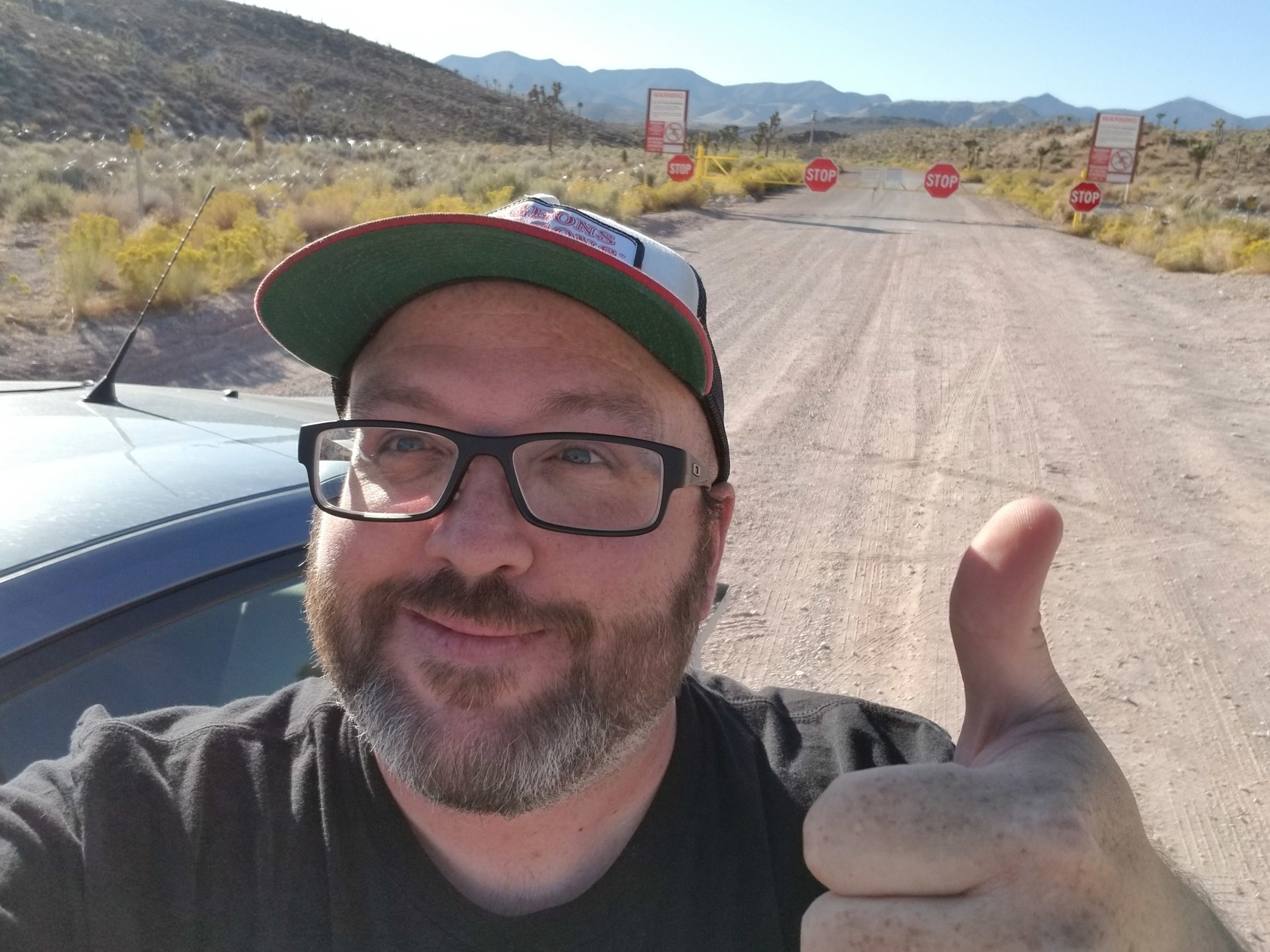 I didn't hang around for more than a few minutes though. I'd done what I'd come here to do, so no reason to push my luck. I left and could see the dust trail of a vehicle following me in the distance, but I reached the highway before they even got close to catching up to me so I very much doubt they were after me.

A few miles later I found a place to camp off the highway so I decided to call it a day. In a little over a week from now I will be returning to Rachel, Nevada for Alienstock 2019, so I'll report back on that madness once it happens.

Awesome that you got to make the trip! I went there a few years back when I was at a convention in Las Vegas. The black mailbox was gone then.

The Camo Dudes are really no Joke. They followed us until we were back on the highway. I think its because we went to 2 of the gates.

It was really awesome going out there and I plan on going back in the future. I've been wanting to hit Tikaboo Peak and a few ghost towns.
•••

Me too, but I'll probably save that hike for next time.
•••

I'm jealous Matt! (juz kidding!) Haven't been in that area since the 90s! Thanks for posting!!!

I closed my account
Always wanted to head out there!. Awesome!..
•••
You must log in or register to reply here.