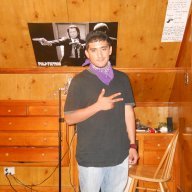 This is mainly directed toward those who up and left after high school, or ran away and never went back, or got their degree and said 'fuck a job'. Or however you gave the farewell and hit the road.

The question is: How did YOU do it? What was your situation? Did you leave a note? A voicemail? Did you have a farewell party? Did you disappear quietly? Did you regret it? Did you never look back?

Go for it. Tell your story. 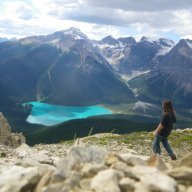 Well I had been working at a car wash in a city with my best friend for about 10 months, prior to which we abandoned our petty teenage lives in a shithole town in northern BC after dropping out of high school. Near the end we had slowly been coming across more and more travel movies, music and literature. As well as becoming more politically aware. So on a hot day in the middle of summer, after receiving the day off work, we were both sitting in my car in a parking lot and simultaneously decided to leave. We drove to work and told them we quit. The manager almost cried, as it was peak season and we were the best there. And we were all pretty good friends. Went to the basement suite and packed some stuff into the car, then headed west. By that time we had already accumulated some travelling gear, including rucksacks, as we had subconsciously seen this coming at some point.
I forget how my mother ended up finding out. But she accepted it. Sure didn't like it though. After some time on the island we accumulated another travel partner and went back to the city to sell all our house shit. Ended up splitting ways shortly after that. Two of us drove the car till it died, then us two split ways as well. And it was hitching from then on. My best friend and I ended up meeting up again and had a fantastic journey across Canada for our first long distance trip.
That is the rough description of it. I have never regretted it. What's your story? 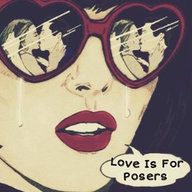 I just walked out to the freeway and stuck out my thumb.

I was 15, I had worn out my welcome as the local couch surfing bum, I was tired of sleeping on the beach fending off Marines and it just kinda made sense to move on.

Nope, I don't regret it, if I was in the same situation I would do it again.

Do I hope my kids do the same thing? No. I hope we have built better communication and relationships than that. 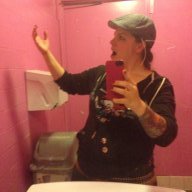 I was raised in the middle of NOWHERE, some shithole down about 3 hours from the nearest movie theater (bleh). I was raised in a dope house, bunch of junkies and alcoholics running rampant. A lot of bad shit happened in the early years, you see a lot, experience a lot, well you all know.
So when I hit about 13/14ish I started hitch hiking off the mountain to hit the city. get the hell away from home, go to shows, just get AWAY. I started out just leaving weekends, then full weeks, then months at a time. I would still call my mom about once a month to tell her I was still alive. I kept telling people I would be leaving for good and I haven't been back since I was 17. I hitched it around from 13/14 until about 19. 19 I planted in Long beach, acquired stable work, went to college etc. (I have a double bachelors in psycholog/biology) and was accepted to grad school (pepperdine). WELL decided against grad school because I chose a change of career and I'll actually be heading back out again next year (the past few years I've been helping my friend with cancer-helping her with her medical bills and such-she doesn't have anyone and if the tables were turned I would want someone around-even just for the company).

I don't regret any of it. I would do it again-I will be doing it again. I love the constant change, the new people, new stories. Even the "dull" moments aren't really THAT dull. Ever since I was young I knew I wasn't meant to be STUCK anywhere. My happiness isn't the white picket fence, kids, 9-5 job, morning commute and I highly doubt it ever will be. I would like a home base eventually to store some stuff and go back to just to BE but head out when desire. I have the property for that and I will make it happen. All in time

OH and my mom has been clean and sober 4 years now. Her 5th year is coming up right after my birthday in January 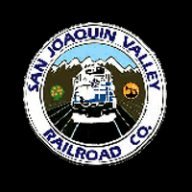 I called my dad from tennessee and said, "can you please feed teh kittehs?"

crow jane said:
I called my dad from tennessee and said, "can you please feed teh kittehs?"
Click to expand...

...did he? that's the REAL question here LOL

I read too much Kerouack, Orwell, London, Hunter S, ETC in High School to ever sit still.

in the middle of high school, in the middle of the night, i actually did that dumb old trick where you put pillows in the bed to make it look like you're there. then i rode my bike to the interstate and started hitching. i was so fucking naive then, it's pretty amazing i didn't get arrested. i was picked up very quickly by i think a highway maintenance worker who i probably just managed to confuse with my appearance (i dressed up nice in a jacket and tie) and some weird story about going to visit a relative or something, so he just took me to a rest stop. that was about 13 years ago and the rest is history.

MFB, i had been reading basically all the same things...
You must log in or register to reply here.